In a move that wasn’t even close to borderline racist, Reykjavík 9 trial prosecuting attorney Lára V. Júliusdóttir compared the nine protesters accused of having forced their way into parliament in December 2008 to “a Polish criminal gang,” as we reported yesterday. Now, Mrs. Danuta Szostak, Consul General of Poland in Reykjavík, is asking Lára to publicly correct the statement, which she believes is unfounded and potentially harmful.
In an official letter sent to Lára this afternoon, Danuta says, “There are no explanations for a similar comparison in this case and I find it inappropriate. […] Using the examples of a crime involving Polish nationals may arouse the impression that the crimes were somehow related and thus affect the image of Poles living in this country,” Danuta writes. She adds that her office has received “[…] many phone calls from Icelandic citizens and Poles living in this beautiful country making claims to your statement.”
Read the full statement below 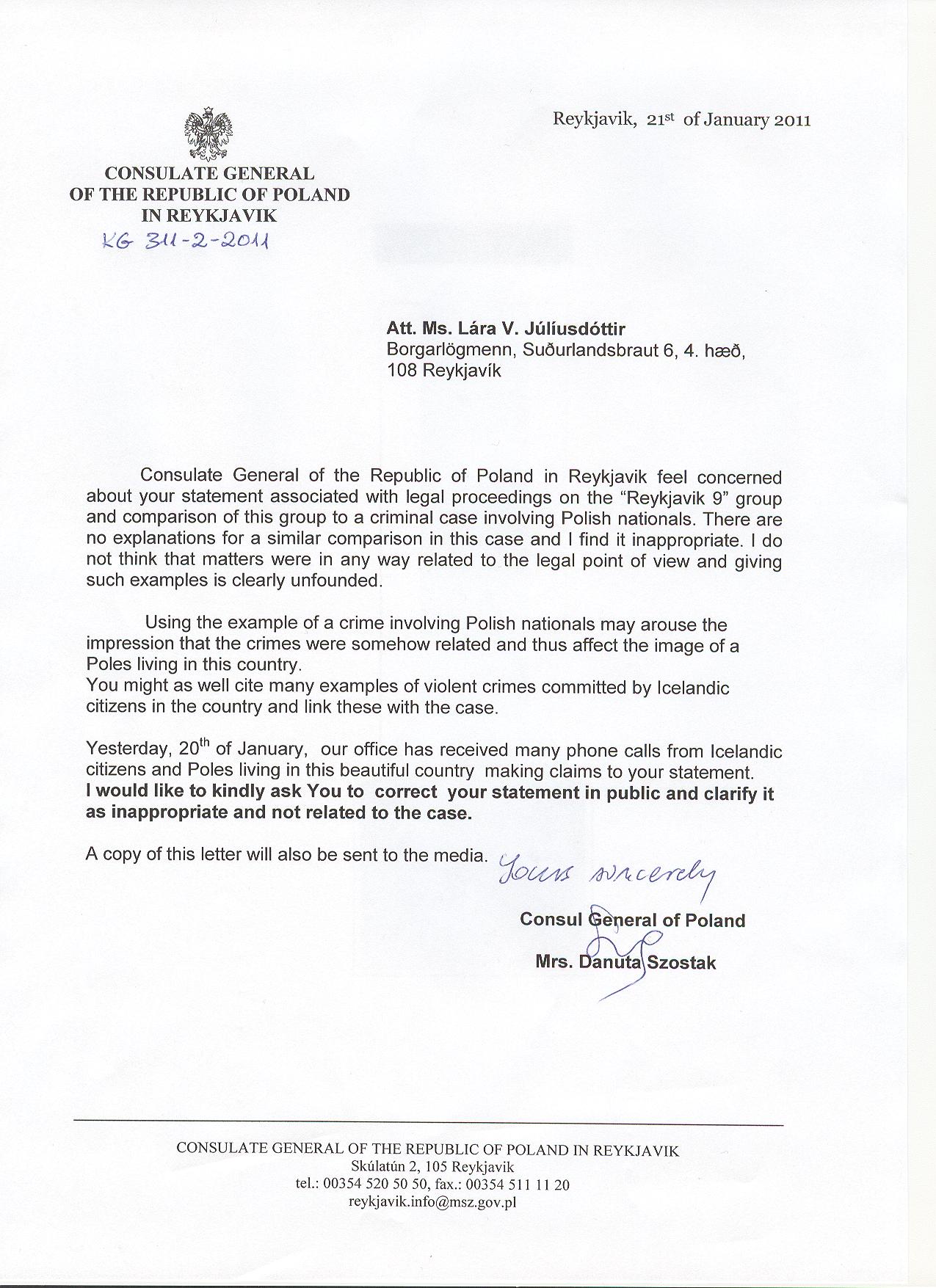 PS – Yes, we do think that Lára V. Júlíusdóttir’s remarks in court were ‘borderline racist’, if not just plain racist period. If that was ever unclear.