A vice mayor in the Serbian city of Krusevac has resigned following public outrage that arose after she publicly mocked the appearances of a young Icelandic volunteer.
The vice mayor, Slobodanka Miladinovic, came across a photo of Erla Dürr Magnúsdóttir, who had given a presentation for the European Voluntary Service (EVS) in the city last week.
Miladinovic, a known EU opponent, left a rather offensive comment on the association’s Facebook page, stating that Erla was an example of all the beauty that comes from the European Union, “NOT,” adding that Erla looked like a bell pepper picker.
The response from the media and the public in Serbia was all in Erla’s favour and the incident raised much more attention than Miladinovic would have preferred.
“I’ve received over 40 e-mails from Serbians, apologising for her behaviour. At first I was very upset about the comment but since I’m here to work for human rights, I saw this as a great opportunity to show how a community can condemn such unwanted behaviour,” Erla told visir.is. 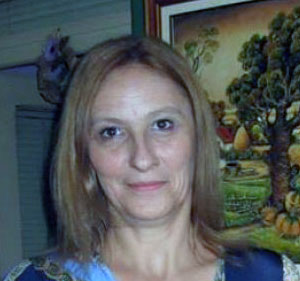 The matter was getting so much media attention in Serbia that eventually, mayor Bratislav Bata Gasic, made a public apology on behalf of his vice mayor, but Miladinovic herself did not see any reason to react.
She only made a comment on how disappointed she was that the incident had been blown out of proportion and twisted so much. On Monday however, following continued public outrage, she saw no other option but to resign.
Erla is rather chuffed about the Serbs’ support.
“I’m a volunteer in this city and under no obligation to wear white tie or anything. She [Miladinovic] is a public figure however and should be a good role model for others,” Erla said and added: “Furthermore, she should know that Iceland isn’t part of the European Union.”
Read the full story of the incident in Serbian here.