Man And Horse Attempt To Infiltrate Government Offices, Or Something [UPDATE]

A man and a small orange horse walked up to the Government Offices of Iceland and attempted to gain access at approximately 10:25 this morning. Or, more specifically, the man knocked on the door and the horse looked out over the horizon.
Another man in a festive red sweater accompanied them to the door filming the scene with his phone. It was unclear whether he had a relationship to the rider or the horse.
A few minutes later multiple police cars arrived and one policeman came bounding up the stairs with impressive agility. He was followed by three more officers and another man in black who seemed to appear out of nowhere, perhaps out of the government building.

Excited tourists stopped to take photographs and gossip. “That’s the prime minister. He’s going out for a horseback ride,” reported one British tourist. “Tourists don’t know what they’re talking about,” said an Icelander. “That’s a horse!” reported a child.
By 10:30, the first policeman had taken the reins away from the horseman. An elderly tourist made his way up the stairs to take a close up of the animal. The policeman pet the horse’s face while the other three officers ‘guided’ the man in the red sweater down the stairs. He continued to film from his new location. 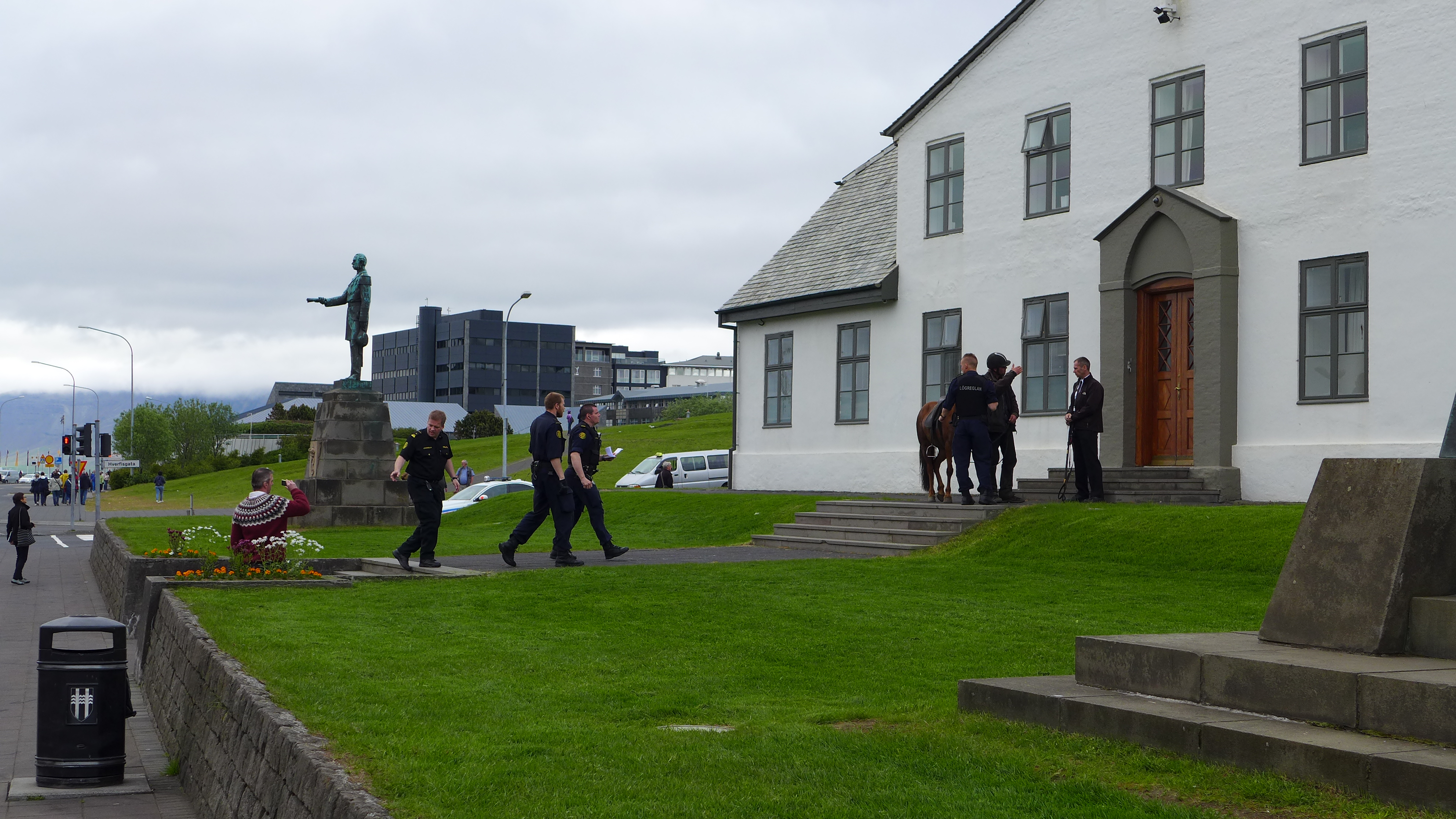 Moments later the horseman was escorted into one of the police cars and the horse was moved onto the grass. He immediately began to eat of the governmental lawn.
The man in the red sweater stated that he did not speak English (and the reporter only spoke English) and was unable to comment on the situation. The police, who were too occupied with the horseman and the horse, were also unable to comment. No one knows what the hell was going on but we will keep you updated on the equine shenanigans. 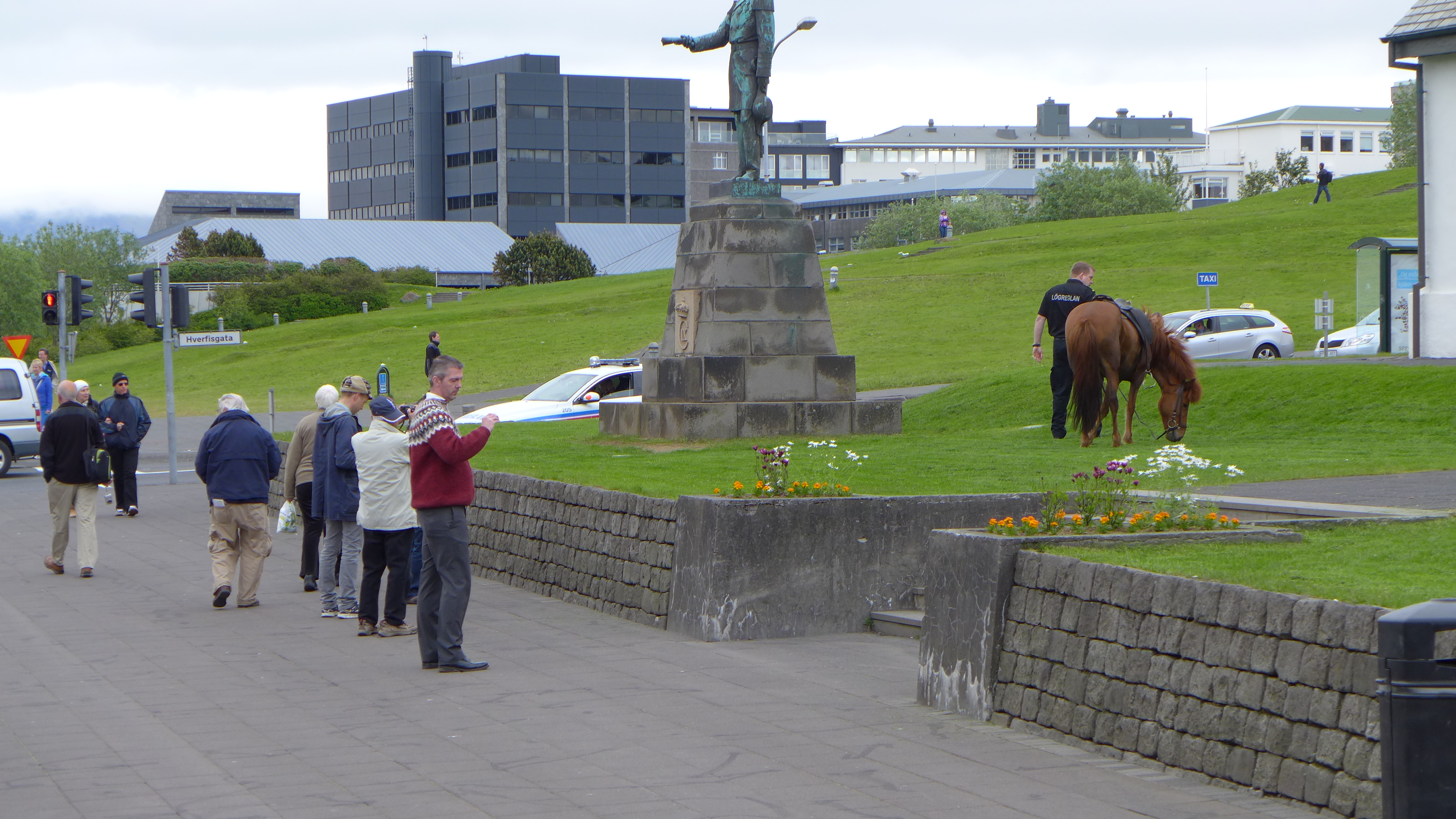 UPDATE: Friðrik Helgason brought his seventeen-year-old mare, Hera, to the steps of the Icelandic Government Offices this morning to bring awareness to ongoing financial hardships that resulted from the 2008 economic crash and, “he demands that the new government stand by its election promise to write down household debt”, Vísir reported.
Friðrik and his family lost their assets in the crash and are still working to pay back debt. He stated that the Debtors’ Ombudsman did not assist him and as a result he will have to sell off his house and horses. “Friðrik says he wants to draw attention to himself and so many others [in similar situations],” stated Vísir.
Along with his horse, Friðrik brought the Prime Minister a letter and a pair of “special cutters”, so that the Prime Minister could free himself from the puppet strings attached to him by the larger government and economic system. This symbolic protest drew attention not only from tourists, but also from local news. Friðrik is scheduled for an interview on Icelandic television this evening.
Why did he bring the horse? Well, would you have paid any attention if he just brought the letter?