The average monthly salary of Icelanders in 2012 was 402,000 ISK according to new information released by Statistics Iceland.
The majority of people were earning in the 300,000 – 350,000 ISK range, however, and 65% of workers were earning less than 400,000 ISK monthly, but those
The highest earners were those working in the financial and insurance industries, where 584,000 ISK was the average monthly salary. Teachers, on the other hand, were pulling in around 346,000 ISK monthly. 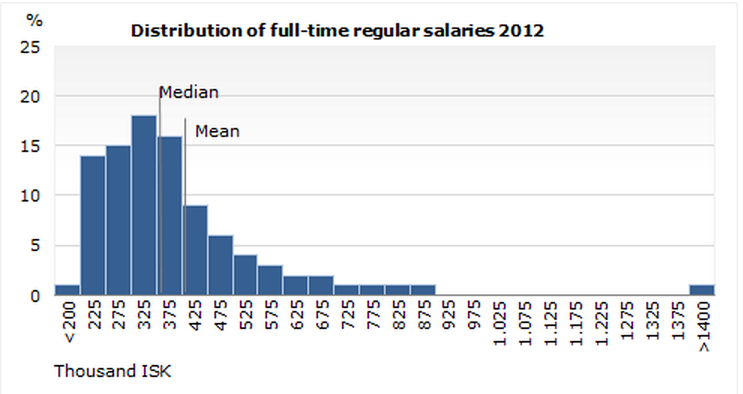 The gender pay gap is alive and kicking in Iceland, as the average salary for men last year was 436,000 ISK while women earned an average of 367,000 ISK.
To add some more context to these average salaries, Statistics Iceland released the results of a household expenditure survey [PDF link] for 2009 -2011 last year and found that the average household spending in Iceland was 443,000 ISK.