10% Of Homes Have Trouble Paying Loans

According to a new report released by Statistics Iceland on household finances of Icelanders [PDF link] 10.1% of households were behind on mortgage or rent payments in 2012 and 10.4% of households were in arrears with other loans during the same period.
Moreover, in 2012, 48.2% of houses identified as having difficulty making ends meet, with 36% of households unable to cover unexpected expenses that were to arise. 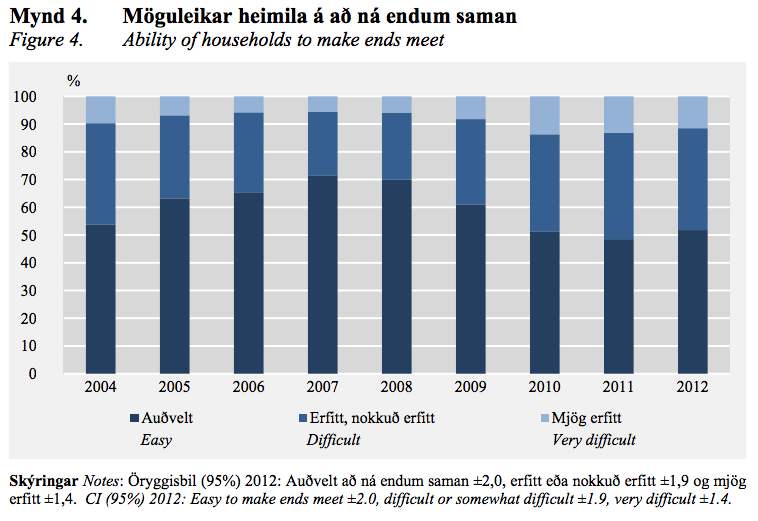 While these figures don’t bode well for the financial health of Icelanders, the statistics point to a slight improvement over the state of households in 2011. More than 50% of households had reported having a difficult or very difficult time making ends meet in 2011. Arrears on mortgage and rent payments have remained stable over the course of 2011 and 2012, but arrears on other loans have decreased year-over-year.
Single parents are more likely than other household types to be experiencing financial difficulties. Comparing single-person households, single men are more likely to be in arrears than a household run by a single woman.
The study was conducted by a survey of 3,091 households around Iceland over a three-month period of March through May 2012.