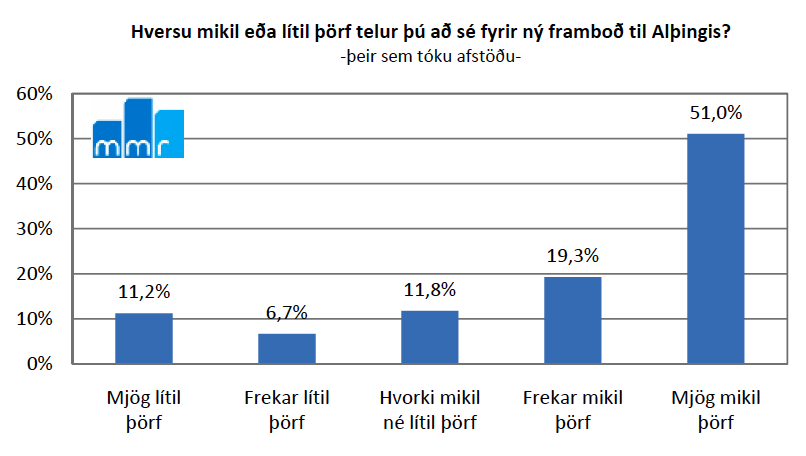 (Very little need, little need, neither great or little need, considerable need, great need)
Responses vary depending on age group. Of 18-29 year olds, 75% want new elections compared to 60,7% of 50- 67 year olds.  However, in terms of salary, there is less variability. Of people who make 250.000 ISK or less, 72,7% want new elections, compared to 71% of people who make 800.000 ISK or more.
These are the results of a survey conducted via phone interviews from October 5 – 8, following the heavy protests in front of Alþingi in the first week of October. A total of 830 people participated in the survey with a 93% response rate.