Mayor of Reykjavík Jón Gnarr, urged people to walk downtown and use the litter bins during Culture Night on Saturday, when he addressed the event’s promo meeting, wearing a polar bear T-shirt.

The annual Culture Night takes place on August 24th, with over 400 smaller events happening around the city.

At the promo meeting, which was held on board an old oak boat in the marina by Harpa, the Mayor and the Police Commissioner introduced the usual closing of downtown streets, to give way to the thousands of people who prowl around the city that day. They stressed that the city buses offer free rides the whole day and encouraged people to leave their cars at home, and that families could take a walk downtown together to enjoy the diverse programme on offer. And, Jón Gnarr mentioned especially that people keep the city tidy.

One of Culture Night’s most anticipated events is the firework show that closes the night. This year, it’s been designed by choreographer Sigríður Soffía Níelsdóttir, as part of the Reykjavík Dance Festival. Sigríður explained how she’s worked on it since December last year, hoping to create a show which the audience will realise is made up of several little dancers in the guise of fireworks.

However, Sigríður admitted nervously, come the eve of Culture Night, she can only stand by and watch as there’s no way to rehearse a show made up of 3 tons of fireworks!

Another regular event in the day’s programme is waffle baking in the Þingholt neighbourhood, when several residents there open up their homes and feed thousands of people with warm waffles with jam and cream.

Dagur B. Eggertsson, city counsellor and a Þingholt resident, ensured everybody that he and his family would contribute as usual, using ten waffle irons to meet the demand, and then went on to teaching the Mayor and Police Commissioner how best to serve a waffle. 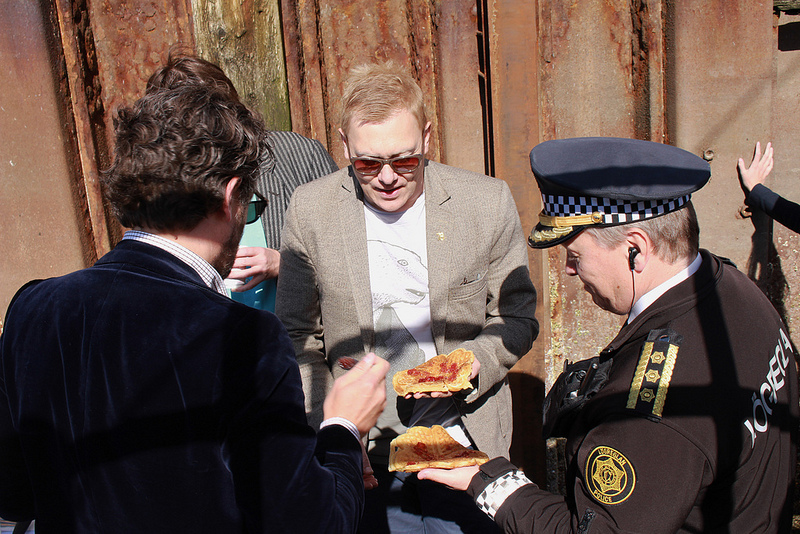 Read Grapevine’s entire programme for the Culture Night, in English.