Market and Media Research (MMR) released the results of the most recent political party polling and it’s pretty well par for the course, though some parties have gained and lost some ground.
The results, based on questions posed between 5 and 8 April, show the Progressive Party to be holding on to their solid lead, with 30.2% of the electorate saying they would vote for them if elections were to be held today. The Independence Party Continues to plummet, and today claim just 21.2% of the vote, down from 24.4% a couple of weeks ago.
The highest ranking new party is currently Bright Future, which would capture 9.2% of votes according to the polls, but the Pirate Party is making strides lately, doubling their support from 3.9% to 7.8%. 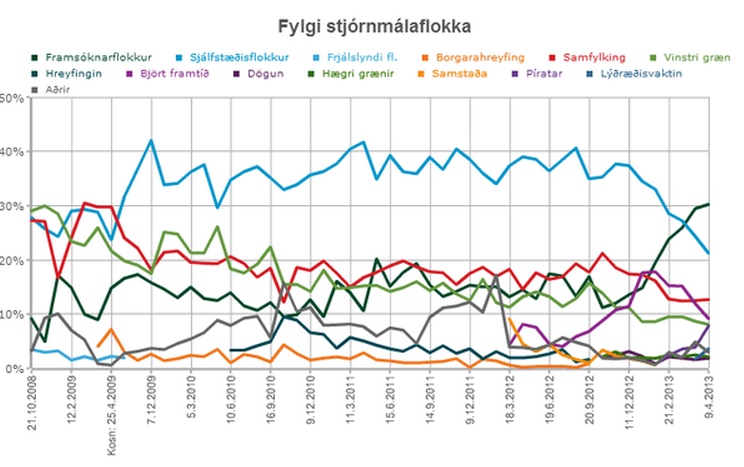