Minister of the Interior Ögmundur Jónasson gave a speech to protesters gathered in front of the US embassy last night wherein he accused Israel of engaging in genocide against the Palestinian people.
As reported, both Minister of Foreign Affairs Össur Skarphéðinsson and Minister of the Interior Ögmundur Jónasson condemned Israel’s latest attacks on Gaza yesterday. Össur is expected to discuss the matter with cabinet today, and Ögmundur said he believed people should protest the attacks.
Icelanders did protest, about a thousand of them gathering in front of the US embassy last night to voice their disapproval of American support of Israel’s current campaign against Gaza. Ögmundur was among the attendees, and addressed the crowd with a speech which accused Israel of committing genocide, and the rest of the world – Iceland included – of being complicit by doing nothing to stop it.

Many Jewish people dreamed of a land where everyone would be Jewish, where Jewish people would be the majority rather than the minority, where the traffic cop and the soldier and the baker and the mayor would all be Jewish. Everyone would be Jewish – there would be no discrimination, no repression, and no racism.
And the need and desire was so great that the goal was reached, and Israel came to be. And with efficiency: it was forced into being with a terrified people on the run.
They did not just succeed in the traffic cop and the soldier being Jewish, but also the oppressor, the torturer, and the person committing genocide. The state of Israel has become a monster which is allowed to freely play under the protective wing of the United States of America.

Ögmundur went on to say that Israel’s latest campaign is both a response to UN efforts to have Palestine recognised as an independent state, and also to sway voters for up-coming elections in Israel, to be held this January.
Ögmundur added furthermore that Israel is allowed to engage with Palestine in the way it does, in large part, because the rest of the world chooses to ignore the conflict – Iceland included – and is therefore complicit in the attacks. He closed by calling upon US president Barack Obama to put a stop to Israel’s attacks on Gaza.
See below our photos from the protest: 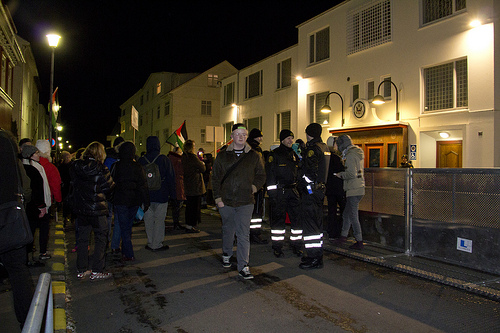 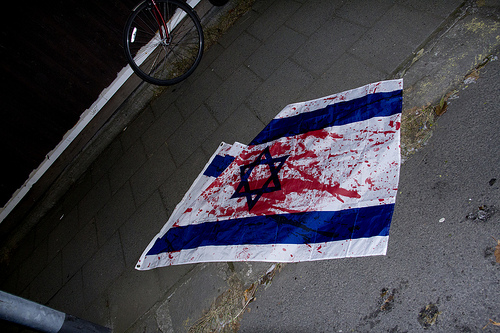 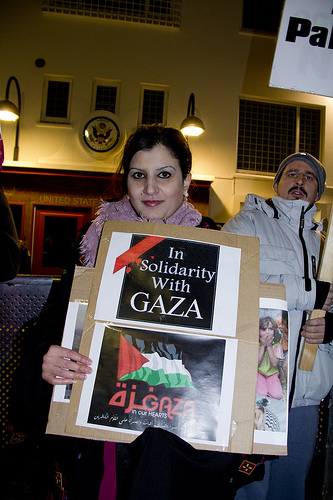 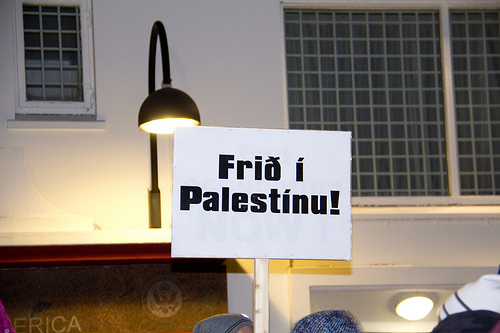 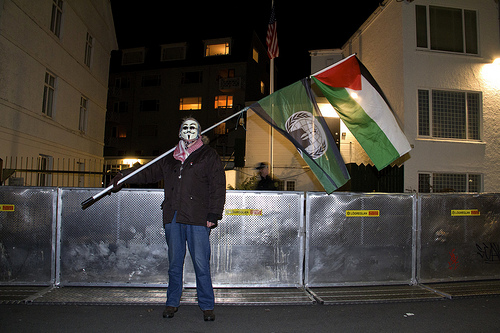 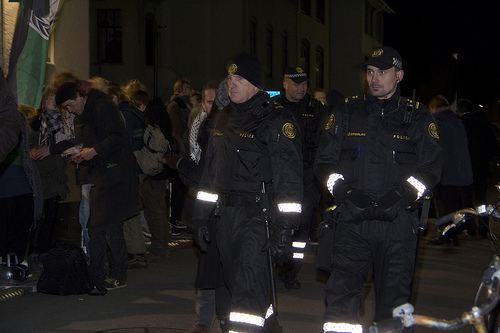 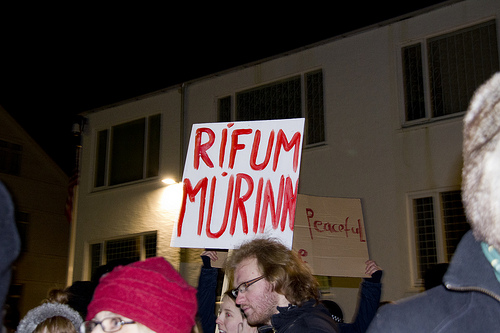