Hundreds gathered outside City Hall this afternoon to protest new cut backs to music schools in Reykjavík. The cuts, which will affect schools starting in the fall of 2011, include discontinuing funding to all students over the age of sixteen.

Among the protestors, Hildur Halldórsdóttir, a 28-year-old student at Félag Íslenskra Hljómlistarmanna tónlistarskóla (F.Í.H.), walked around the crowd passing out lyrics to traditional folk songs. Together the crowd sang national favourites such as “Hver á sér fegra föðurland” and “Ísland ögrum skorið.”
Hildur, who is at least two years away from graduating from F.Í.H., is worried about this latest round of cuts. “In the last two to three years, there have been 20 – 30% cutbacks to music schools,” Hildur explained. “The cutbacks planned for the 2011 – 2012 school year will result in a 51% decrease in funding for some schools.”
The schools that will see the greatest cutbacks are those that enrol students above the age of sixteen, including F.Í.H. and The Reykjavík Academy of Singing and Vocal Arts. “This means fewer students will be able to enrol in such schools, which also means music teachers will lose their jobs,” Hildur said. 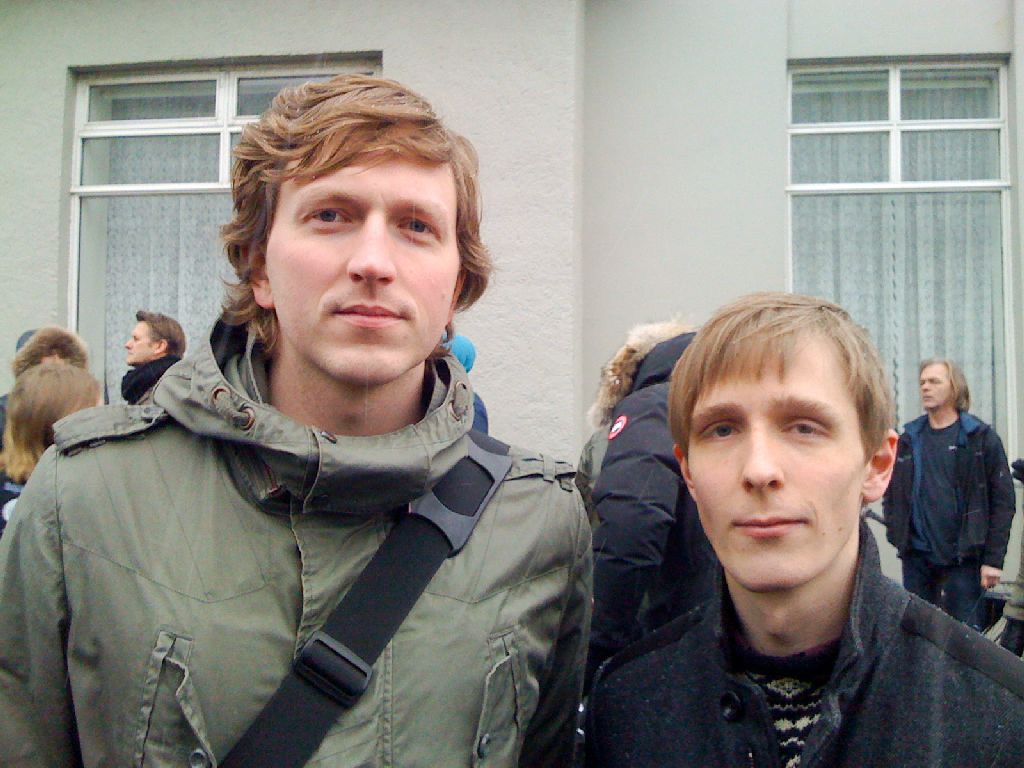 In the crowd were a number of musicians who graduated from music schools and now actively contribute to Reykjavík’s vibrant music scene. Among them were Árstíðir band mates, Hallgrímur Jónas Jensson and Jón Elísson. Jón also plays in Berndsen.
“The years between sixteen and twenty are important years in music,” celloist Hallgrímur said. He attended both Tónlistarskólinn í Reykjavík and the Iceland Academy of the Arts.
“We need to decide what we want,” keyboardist Jón added. “It costs a lot to go to music school and it shouldn’t simply be for the rich.” Like Hallgrímur, he attended Tónlistarskólinn í Reykjavík.
Jón also questioned the cuts being made to music while he said, athletics, such as The Football Association of Iceland, have been granted additional funding.
The City Responds
Following the protest, The Grapevine asked Heiða Kristín Helgadóttir, Best Party Manager, to comment on the day’s events. “Nobody wants to throw children over sixteen out of schools,” Heiða said. “But, music schools are very costly to the city and we have to find a way to make cuts.”
Although she said the city has not officially decided on cutting funding for students older than sixteen, it is one of the ideas that have been discussed and there will likely be an age limit in the final budget. She also offered that 83% of students in music school are younger than 18 years old.
Regarding the differences in funding for athletics and music, she said it was like comparing apples and oranges, music being far more expensive. Furthermore, she said part of the reason that funding appears to be increasing for athletics is due to building contracts made five years ago. “We have to stand by those agreements,” she said.