Protests against the government have continued all day, and are still raging at the time of writing, as can be observed in the below videos. This is despite horrid weather conditions and some very bad PR caused by a handful of hooligans at the tail end of yesterday’s awesome display of public will.
Seven individuals from the police’s “riot squad” apparently had to seek medical care after being hit by bricks while defending the house of parliament at Austurvöllur and the government’s headquarters at Lækjartorg after midnight last night. Teargas was employed to disburse the Austurvöllur crowds, some of whom returned to Lækjartorg with a renewed sense of rage (and burning eyes) after the fact. A few unruly protestors started throwing sidewalk bricks at police officers, but were quickly stopped by a large group of peaceful protestors, as may be seen here.
Yesterday’s protests were peaceful and triumphant up until the very end. The crux of the action was at Hverfisgata by the National Theatre at around 10 PM, where the Reykjavík branch of the Alliance party met to discuss the party’s coalition government with the Independence party. Protestors lit fires outside of the meeting, held up traffic and celebrated carnival-style as word got out that the meeting had uniformly agreed to end the coalition with the Independence party (this agreement has no formal significance, and in fact Minister of Industry Össur Skarphéðinsson was quoted today as saying that there were no plans to end the coalition government).
After a hearty and peaceful celebration, things started heating up and turning to the worse as protests moved back to the original Austurvöllur venue. Again, the events that followed may be observed here.
A dedicated group of protestors started gathering at Austurvöllur at 10 AM this morning and started growing around noon, when the “official protest” as advertised on Facebook and such sites began. Despite rugged conditions, the crowd has kept a-banging on their pots and pans between cries of “unfit government! Unfit government,” growing in numbers.
The following videos are neither professional nor high quality. They are simply meant to give an idea and a perspective of what the situation was like at Austurvöllur today, and still remains. At the time of writing (7:15 PM), there is still a considerable crowd outside of parliament, and it is expected to grow as the night goes on. Your friendly friends at the Grapevine will keep posting videos and pictures as the night progresses and we see fit.
This first video was shot at 12:30 PM today. It shows the growing and gathering crowd banging their drums, making a noise as well as a point at Austurvöllur. Note that some of the protestors are sporting orange clothing or wristbands. This is meant to indicate that they are non-violent protestors, and will commit no violence. This movement was announced and publicised through the web-site www.appelsinugulur.is this morning, and is a reaction to the negative aura the protests have gained since last night.


The second one was shot at 1:30 PM (after lunch). It clearly shows the growing crowd in front of Alþingi, as well as some of the extreme noise tactics the peaceful protestors are using. I for one have no idea how police or the media estimate the size of a given crowd, so you’ll just have to decide for yourself after viewing the videos how many people there are (note that the crowd is significantly smaller today than the previous days, probably on account of the shitty weather).
Notice that around the 1:10 mark, you can observe that some resourceful protestors have brought hot chocolate to the site to give out to their fellow protestors (as well as any taking police officers – there weren’t any).


Also pay attention to the police officers on guard near the end of the video. Several of them had tulips tucked in their belts or in their hands. When Grapevine enquired how they got there, one officer responded “I can’t hear you!” and another smiled, pointed to the drum-banging protestors and told me “they gave this to us. A peace offering, maybe.”
The third video was shot at 4 PM. The crowd has grown in numbers significantly, and the noise is louder than ever.  Notice that even despite the negative publicity the protests have received today, there are still lots of folks of all ages, and several “noted Icelanders” (such as renowned author Hallgrímur Helgason).


This last fourth one, you can’t really see anything. It was dark and our camera equipment sucks. You can, however, hear the noise and the chanting and the undying spirit of defiance these brave (via stubborn) protestors are displaying. It is safe to say the Icelandic people have stood up for themselves.

Lastly, the following photographs were shot by excellent photographer Sigurður Gunnarsson at the eve of the first day of protest, 20.01.2008 (a date that is bound to become historical in Iceland). They show some of the action. Expect more awesome photos, videos and text in the following days and weeks – and remember to submit your stuff to edtor@grapevine.is if you have any. 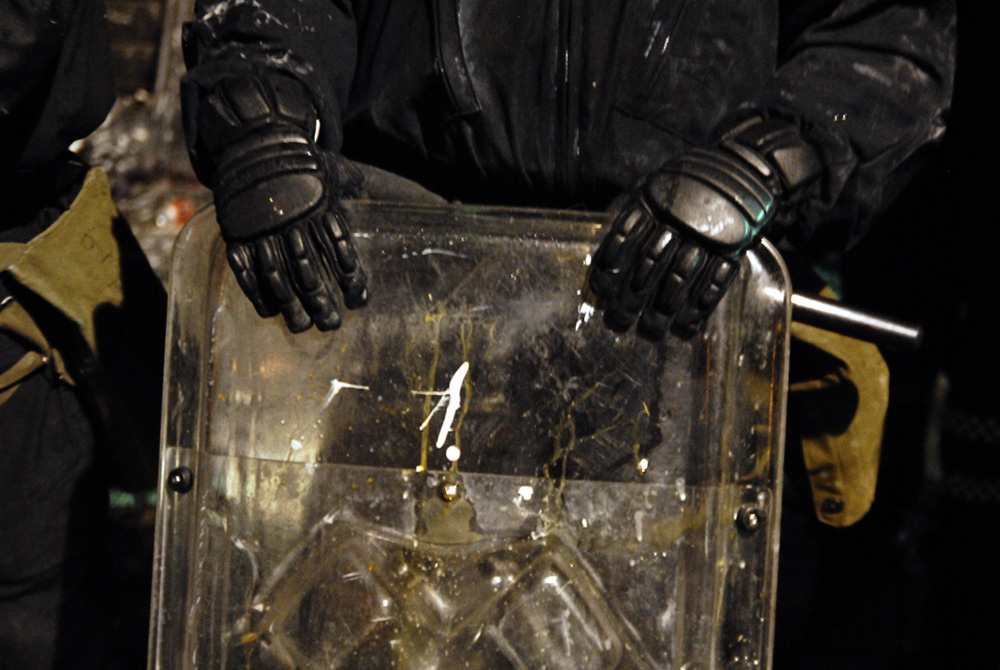 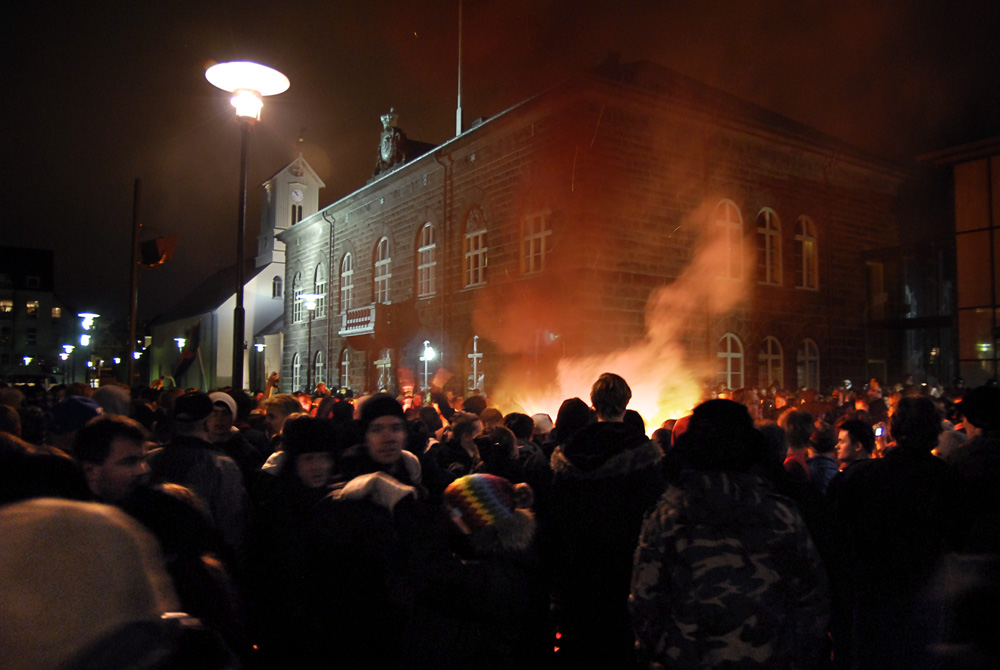 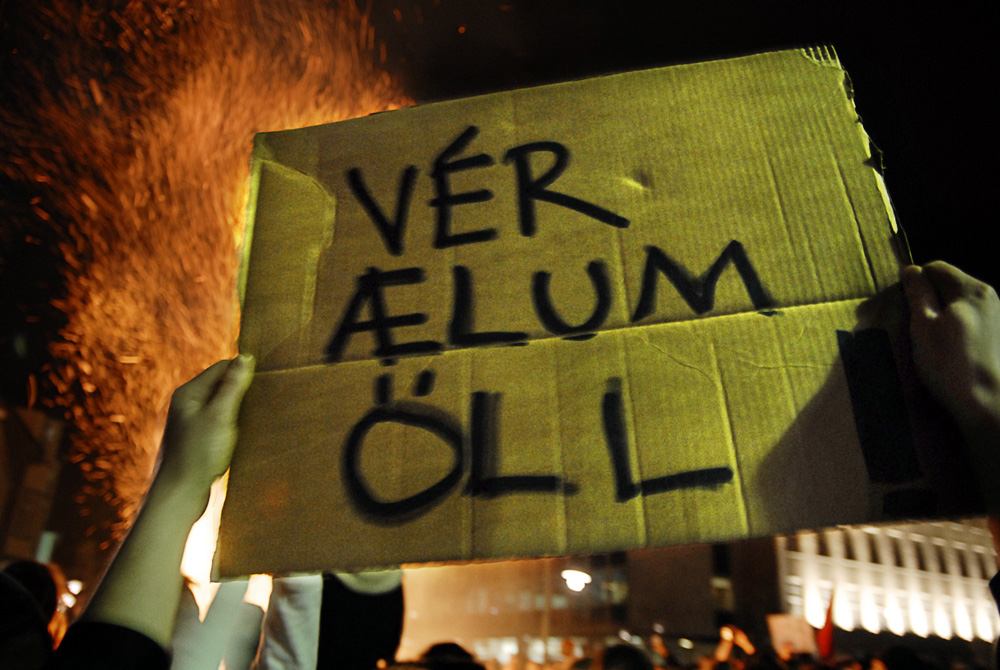 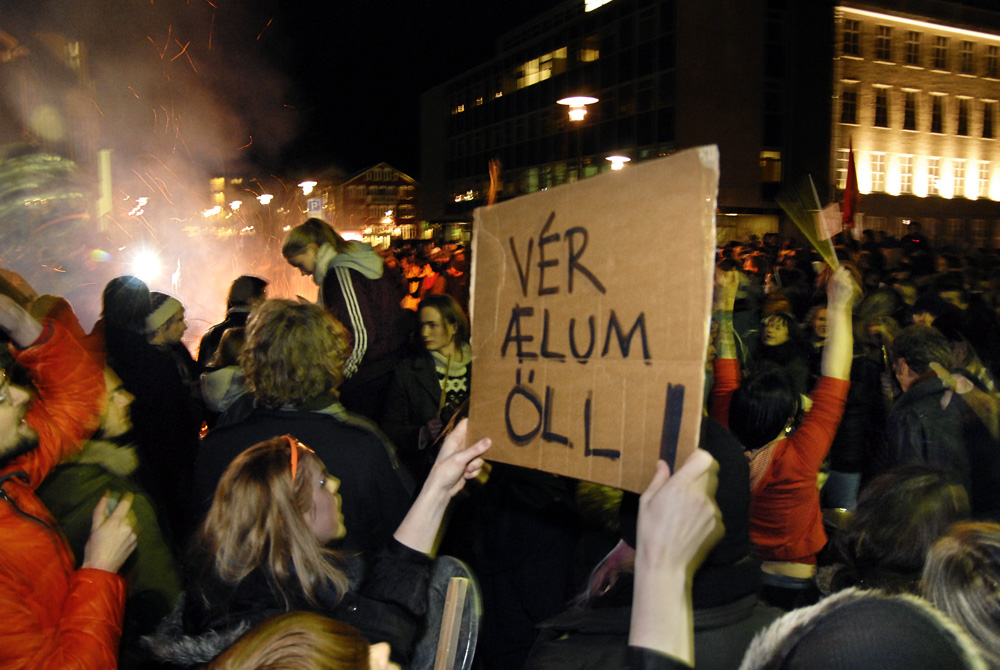 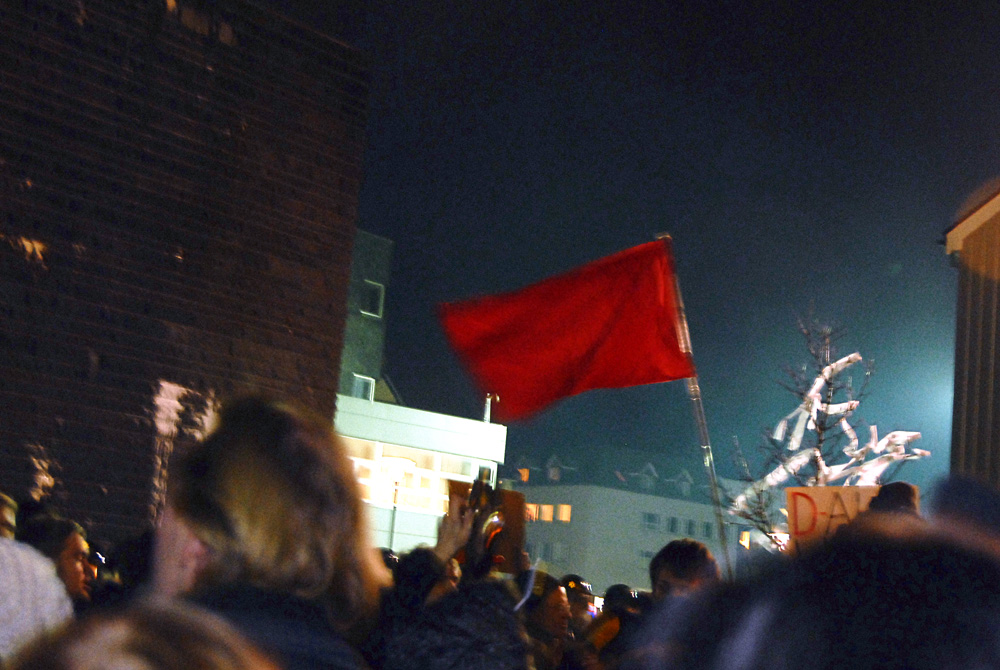