Grapevine’s dedicated team of eruption enthusiasts just returned from a lengthy sojourn down to the explosive area down south. Some high-level connections enabled them to travel closer to the action than most – and they shot many, many photos.

We will be posting more visual documentation (hopefully some video, too), as well as a story of the trip later today, but for now you should feast on these awesome pics by Grapevine staff photographer Julia Staples. 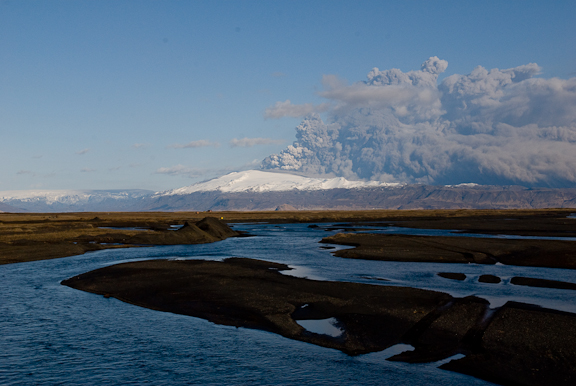 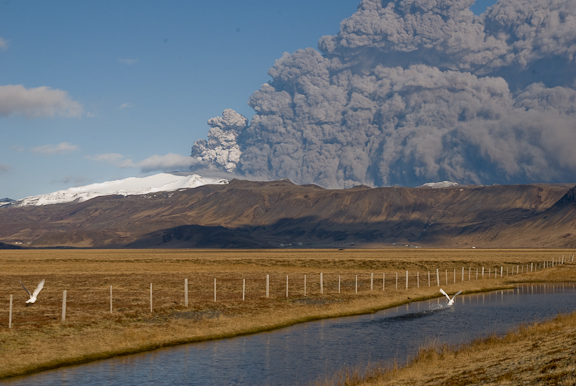 “This just looks really weird and crazy right there” 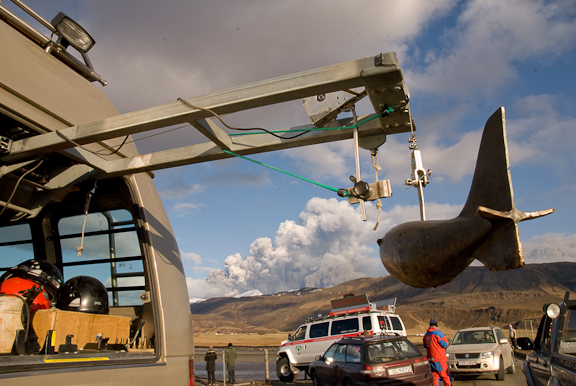 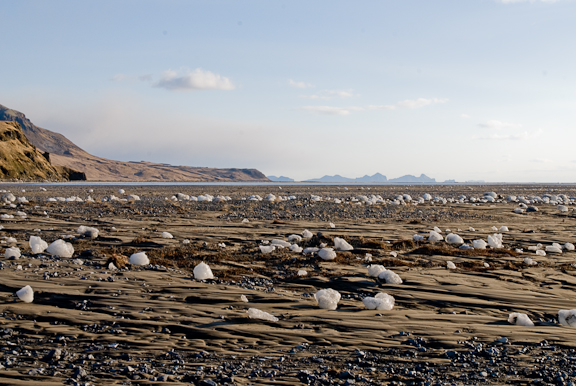 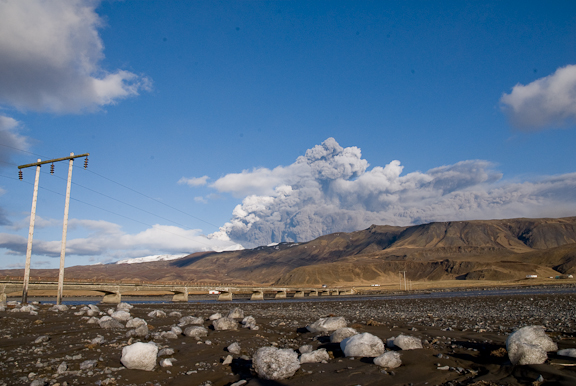 “More of that. It looks really cool, huh?” 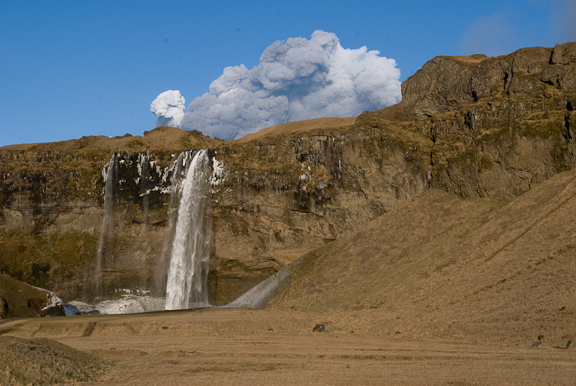 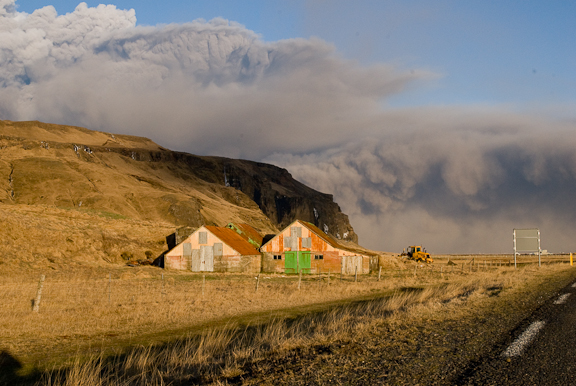 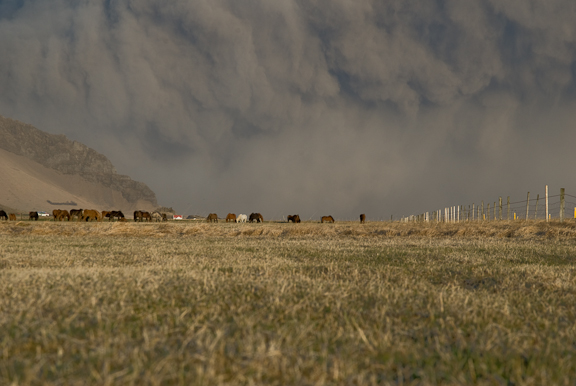 “Horses being herded away from that crazy cloud” 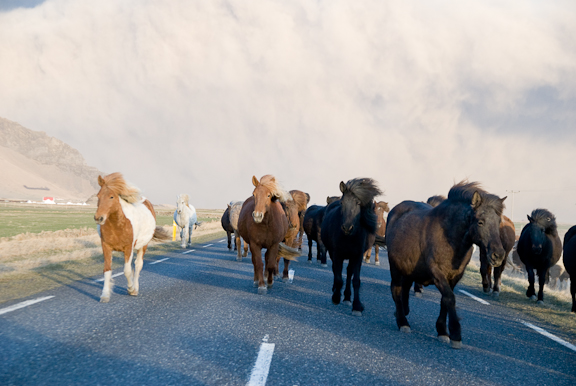 “You would run too. Unless maybe you were a photographer” 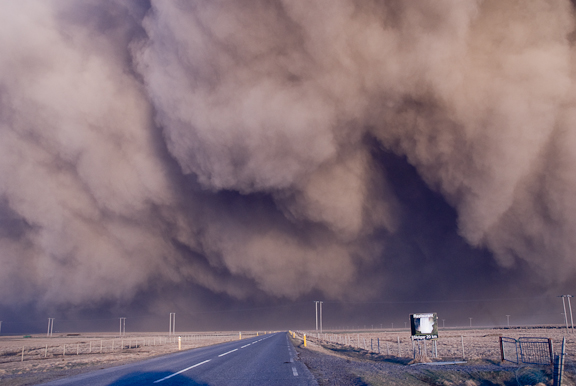 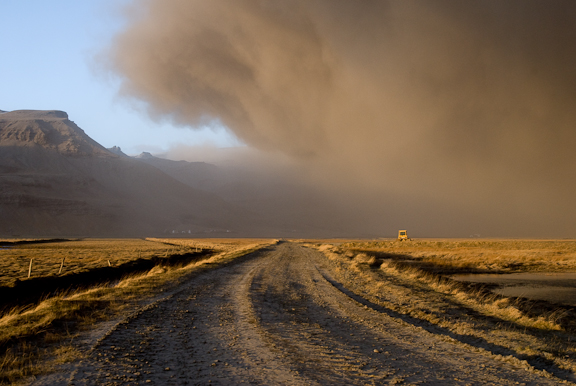 “Uploading this, we’re listening to FOX news report on the eruption. “There will be many business meetings, school plays and important appointments missed,” they say. God, FOX is so awesome. If anyone from FOX is reading this, please give yourself a hi-five.” 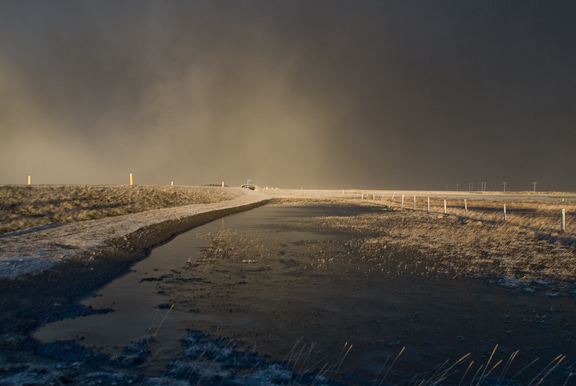 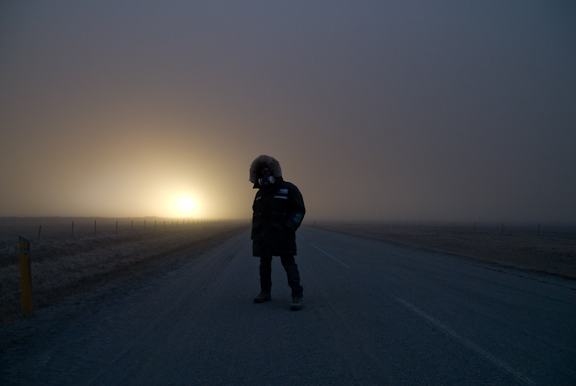 “If you are going to be hanging out in the ash cloud, you are pretty much guaranteed to look like a crazy space alien” 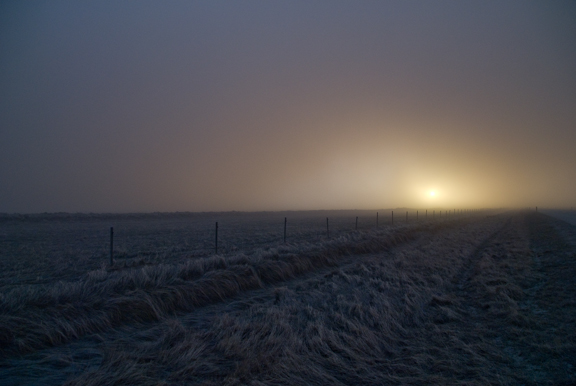 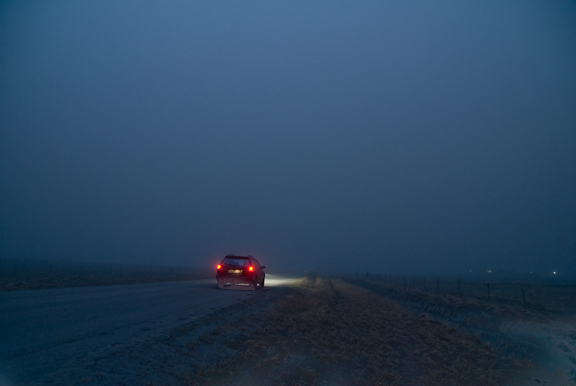 “There are apparently no ghost pirates in this fog. Hopefully.” 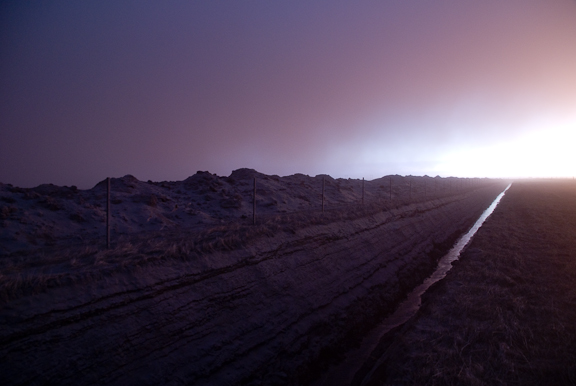 “Apparently, you had to be there” 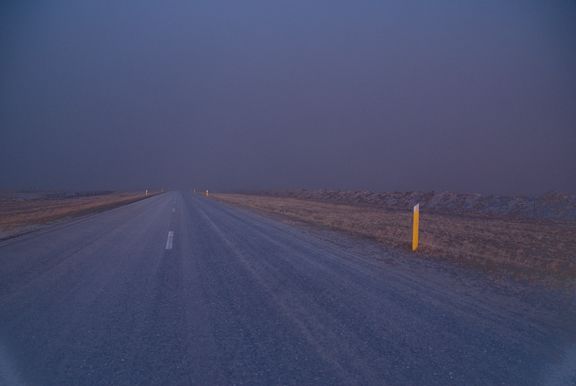 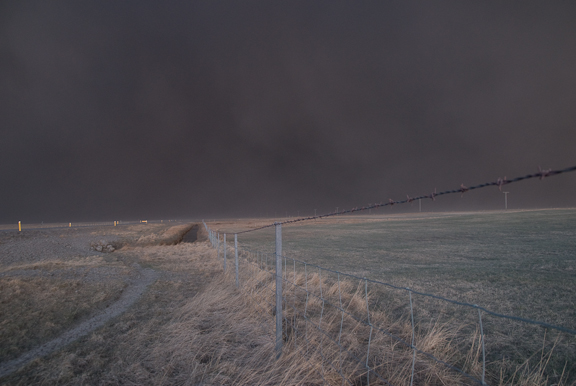 “This is (was?) Iceland’s most fertile farmland” 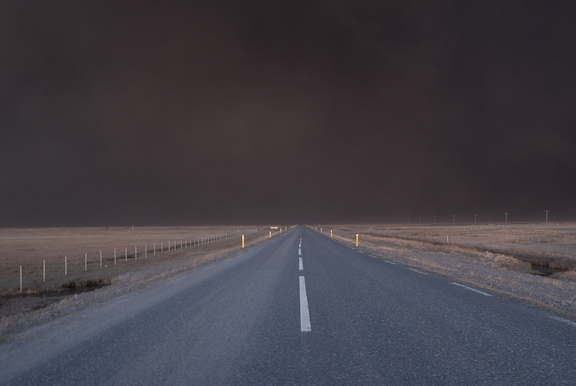 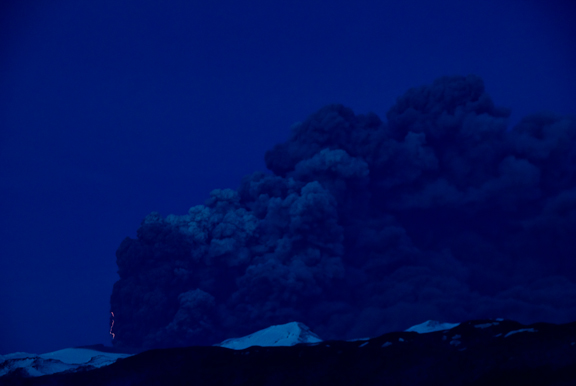 “The volcano spews forth”
—
Many more photos to come. And stories of the trip. We are at a loss for words right now.
Good night.

Photos (c) by Julia Staples. Special thanks to ICE-SAR for all their help.