A full-page ad from the Federation of Icelandic Industries prompted
harsh reactions from many, and its eventual pulling from circulation.
The ad in question showed a sweaty man holding a large syringe, standing in a dark room, in front of a woman’s legs spread open on a table. The caption for the ad read, “Do you want a professional or an amateur?”
Birna Jónsdóttir, chairman of the Icelandic Doctors’ Association, told Morgunblaðið that she found the ad “tasteless”, adding “Women who have abortions are almost always compelled to do so and they feel awful … I believe at the very minimum the ad should not be run again.” Many others issued complaints to the Federation of Icelandic Industries about the ad.
Within hours, it was dropped from circulation. A statement to reporters from the group said the ad was intended solely to “draw attention to the importance of professionalism in all occupations. The Federation of Icelandic Industries admits having made a mistake in running these ads [in light of the complaints we’ve received]. We apologize to all offended parties, especially the health care industry and women.” 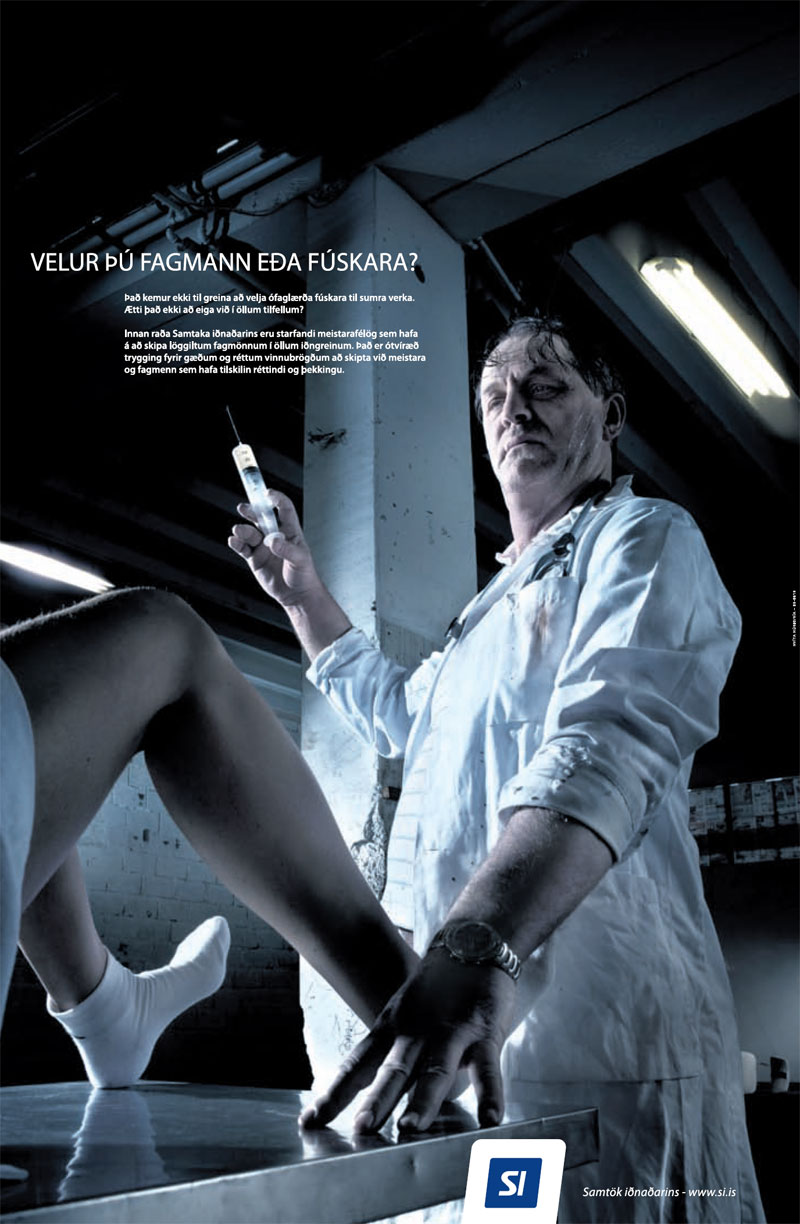