Bored of year-end lists that usually don’t even manage to tell half the story, we decided to attempt a different approach at summing up 2011 in music.
Firstly, we got some of our most ardent music writers to pick just ONE Icelandic album from 2011 that they felt was somehow significant or meaningful and then write a short article about it; why they felt it mattered, why it is important. Do note that their instructions explicitly noted: “You don’t have to pick THE BEST album of 2011, just one you feel is particularly significant for some reason. You might even hate the album you’re writing about.” The results of that inquest can be found here.
Then, we called up a bunch of musicians we know and asked them to tell us about an album that played a big part in their year for whatever reason. We told them the albums didn’t need to have been released in 2011 or anything—just to name an album that was important to them, and tell us why.
You can read the results below.
THE MUSICIANS
Anna Margrét Björnsson – Two Step Horror
Dirty Beaches – Badlands (2011) 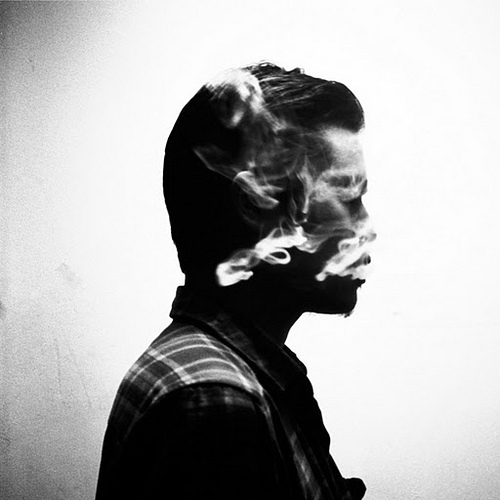 ‘Badlands’ is the biggest hands-down genius in the world as of late. As Dirty Beaches, Alex Zhang Hungtai has created a masterpiece, a very special album and certainly one of the more important releases of the last few years. This is in part due to the fact that it circumvents all the indie-clichés that have been rampant for the past decade—it feels like David Lynch crossed with Alan Vega and Roy Orbison. A true diamond that appeals to me strongly. 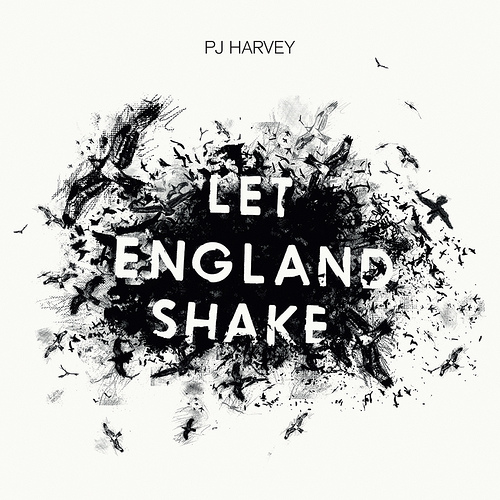 My album of 2011 is without doubt PJ Harvey’s ‘Let England Shake.’ PJ Harvey is my biggest musical influence and role model. She is true to herself, provocative and fierce. The best thing about her is that she dares, and is willing to make mistakes. Seamus Murphy’s documentary on the album, which was shown at RIFF, further deepened my love for this album.
The most wonderful things about it are how well orchestrated and effortless it is. PJ Harvey writes about tough subjects on this album, and she does it without pretence or strain. An example: “I have seen and done things I want to forget; soldiers fell like lumps of meat, blown and shot out beyond belief; arms and legs were in the trees.”
This topic is no joke, but she manages to put it forth without overt drama. It’s life, in all its seriousness.
Futuregrapher
Ashra – New Age Of Earth (1976) 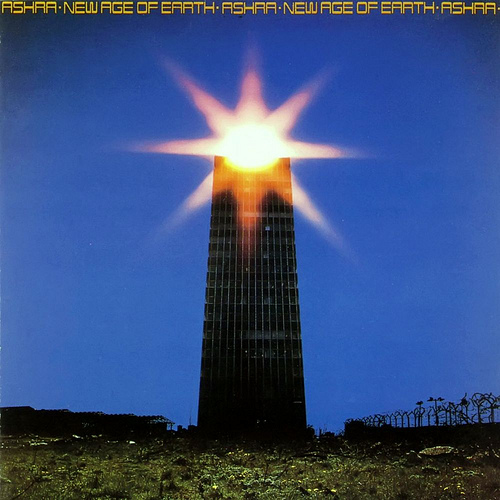 I enjoyed many walks and meditative moments accompanied by this album. The most memorable instance was as I was falling asleep in a tent at the Extreme Chill festival with fellow musicians Tonik and Krummi, with the song ‘Deep Distance’ blaring on my headphones and I could hear the boys snoring, the wind playing off our tent and the music… I flew into another dimension. An unforgettable moment. Skurken’s ‘Gilsbakki’ is the best Icelandic album of the year, in my opinion. 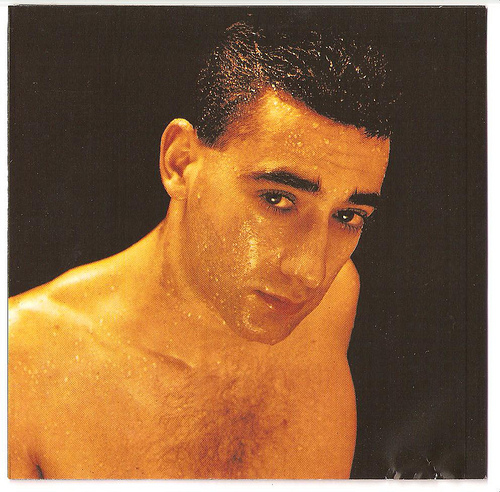 Aside from the obvious mention, ‘Svik harmur og dauði’—which truly captivated my heart and soul in 2011—I have been slowly reclaiming and renewing my vinyl collection, which had mostly disappeared into various storage spaces. The albums that I listened to the most in 2011 come from that aforementioned vinyl collection, and they are for some reason exactly thirty years old. Firstly, there is DAF’s (Deutsche Amerikanische Freundschaft) ‘Alles Ist Gut’ from 1981, which I bought from Ási Grammið [now of Smekkleysa] in the spring of 1984! On the other hand there is ABBA’s ‘The Visitors’ from that same year, which was the Swedish super quartet’s swan song. I cannot discriminate between these two (vinyl) albums.
I have furthermore been renewing my relationship with Swans, and to this effect downloaded a bootleg recording of a concert of theirs that I attended in London in 1987. Like stepping into a time machine.
I am mostly unfamiliar with the music that was released in 2011. However, I do listen up when it comes to Sólstafir, who made an intriguing album, as well as the bands Ég and Nolo.
Tanya Pollock, PLX/Weirdcore

I don’t know if I have a fun answer to this. I don’t really have an album of the year, but I do have a musician of the year. I lost my best friend in 2011. His name was Sigurbjörn Þorgrímsson, and listening to his music— everything he did with Ajax, or as Babel or Biogen—provides great comfort. He was a wonderful musician, a beautiful person, everyone’s best friend and a total Jedi. He lives on in the music: legends never die.
Berndsen 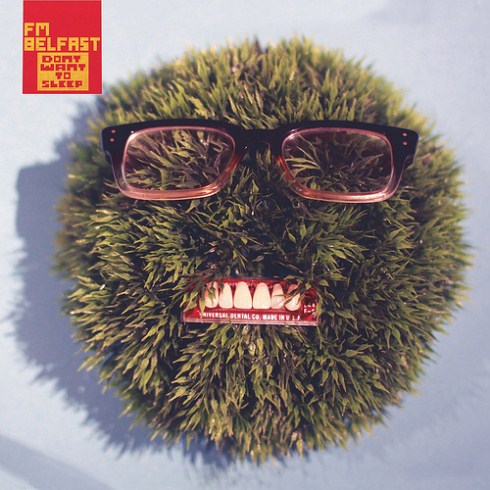 This is way too hard a question! So many good releases this year! However, since I am a big synth guy, I will admit I thought GusGus, Hermigervill and FM Belfast released the best albums this year. I even bought them all on vinyl, which isn’t something I do a lot of. 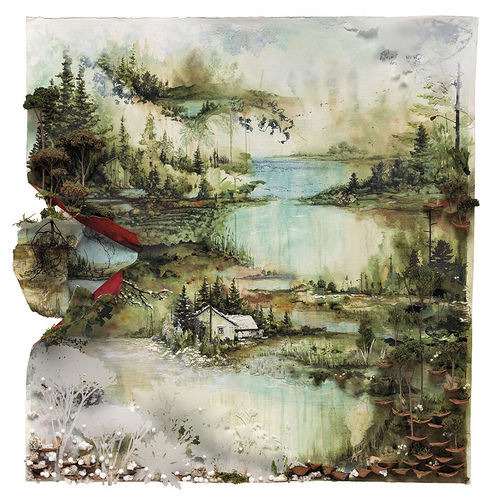 Bon Iver’s new album has been in heavy rotation on my stereo throughout the year. The arrangements are such a fun leap forward from ‘For Emma, Forever Ago,’ which I also loved. He is exploring all sorts of bigger ideas, and through some research I learned that a fellow called Sean Carey, who plays drums and sings backing vocals in Bon Iver, has a lot do do with this. Sean performs on his own as S. Carey, and released his first album, ‘We All Grow,’ in 2010. That record has a similar tone to that of the new Bon Iver one, and it seems he contributed some good things to it. 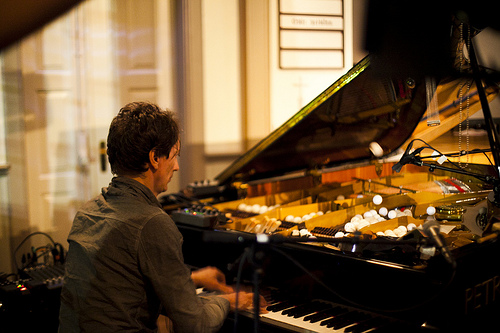 Hard as I’ve tried, I just can’t think of an album to name. I didn’t listen to enough records last year. Instead, I’d like to tell you about my favourite live performance of 2011. And that was definitely Hauschka at Iceland Airwaves, playing at Fríkirkjan. That show was mind-blowing—the best concert I’ve seen in a long time, and definitely the best I saw last year.
I wasn’t familiar with Hauschka’s music before the show but I’d assumed he played easy-going piano compositions, as my friend Samuli Kosminen has been performing with the man and I’d gleamed that he was a pianist. Boy was I wrong. Using a prepared piano—equipped with balloons, ping-pong balls and other stuff—and Samuli’s drumming, they played a kind German techno that eventually had me dancing in my seat and headnodding.
It blew me away; it was nothing like what I’d expected. And then I learned after the show that large parts of it had been improvised.  That’s some great musicianship right there.
Aðalbjörn Tryggvason, Sólstafir
Anathema – We’re Here Because We’re Here 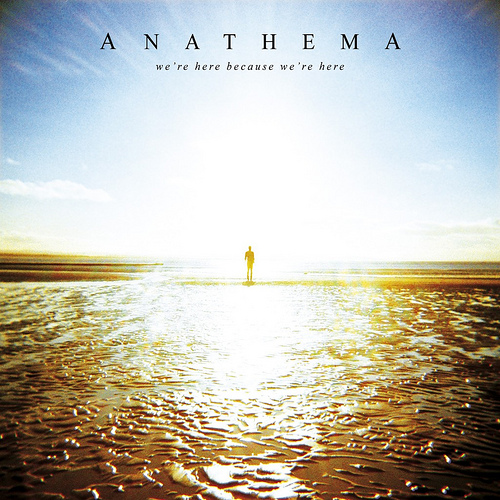 When I first heard Anathema back in the early ‘90s, they were young Liverpool kids playing doom metal—they did that for ten years and I never particularly liked it. But then in 1999, they turned into something wonderful, like a cross between that one good Coldplay song, ‘Clocks,’ and Pink Floyd, and I subsequently rediscovered them and have been a fan since.
It’s not often that bands get better as they go on—usually they’ll get worse and worse—but this one keeps getting fucking better! And ‘We’re Here Because We’re Here’ is just brilliant.
I’d also like to mention the new HAM album. I first heard it pre-release while at Eistnaflug. I was dead drunk with some mates, grilling horse sausages, when a friend turns up with a copy on his iPod. I was stunned. I couldn’t utter a word. I’ve been a big HAM junkie forever—they were a big influence on me growing up—and hearing their new stuff in such circumstances just floored me. Repeated listening upon the album’s release revealed the album has two or three fillers, but it’s still a monster of a record.
Sóley
Beach House –Teen Dream 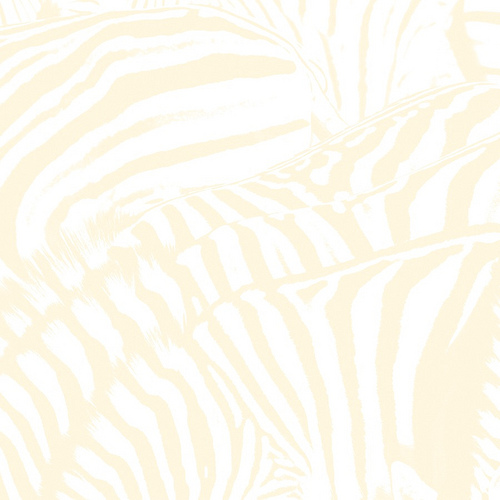 I listened a lot to this one—well, the entire Beach House catalogue—for the first part of 2011, around the time I was recording my album. Thinking back I feel it is sort of indicative of my year; even though it didn’t directly influence my writing I definitely kept the band in mind. Everything just sounds wonderful, and a little spooky as well. Victoria Legrand’s voice is really something.
I first fell in love with the band when I was playing the Haldern Pop festival with Seabear and caught a performance. I had liked them previously, but there was something about that performance that totally caught me. Beach House are not a single band, the albums need to be consumed as a whole, more about sound and texture than specific tracks.
———