No one wants to make a list like this. You like to get stoned (no pun) to death by disappointed band dorks? First I attempted a list of five. I agonised over it. Stretched it to ten. Tears still rolling. Exceeded ten but I still feel abused. Svartidauði, Snafu, Myrk, Forgarður Helvíts, Innvortis, DMSS etc. I know! Talk to me in 2021. 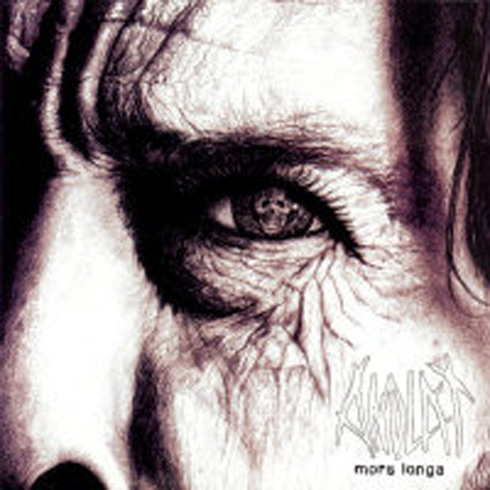 Andlát – Mors Longa (2004) Andlát won the Músíktilraunir ‘battle of the bands’ (and in doing so, helped make metal cool again). Wasted no time and recorded this head-stomping collection, securing a loyal fan base that followed the band’s every riff and thudding beat. Both were in plenty! The record isn’t spectacular, but its music, their epic win and loving fans yell “important!” at me. 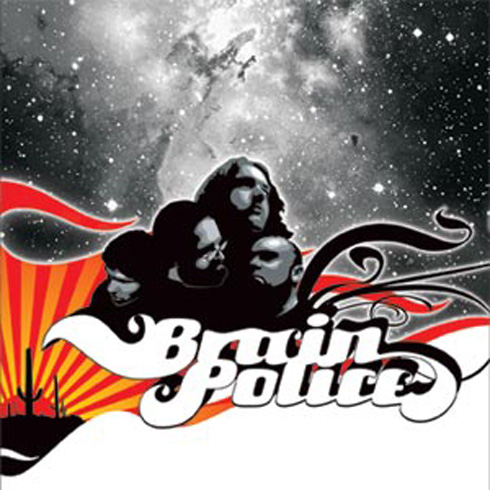 Brain Police – Brain Police (2003) Brain Police started crafting their mastery in ‘98. Undisputed pioneers of all things stoner and desert rock in Iceland. ‘Jacuzzi Suzy’ and ‘Rocket Fuel’ are radio hits. Regular Joes are now aware of ‘stoner rock’, and stoner/desert bands keep popping up. Trailblazers in an Ice- landic context. The crown is theirs. 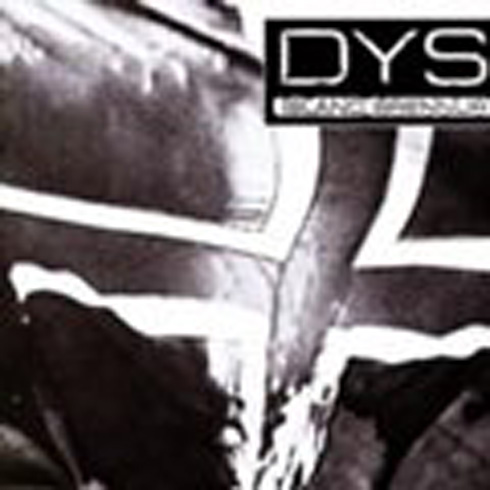 Dys – Ísland brennur (2003) Anthemic hc/punk with an odd metal undertone. Every song is a hit. The only punks singing in Icelandic about social aware- ness, responsibility, political resistance, direct action and kindness. Making sure that the hc/punk spectrum wouldn’t become “entertainment only”. Yes! 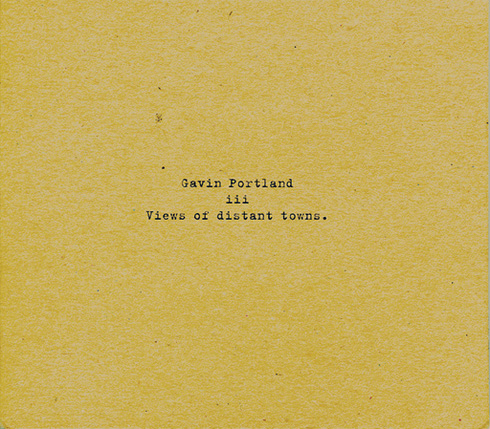 Gavin Portland – Views Of Distant Towns (2006) Fighting Shit (band) predates this release. Still, sharing the same main-songwriter and singer/lyricist the two cannot be separated as GP brought the best elements of FS’s last album, built on it and added a more emotive and refreshingly mysterious edge to it. The “indie” dashes found herein encouraged young bands to venture further. 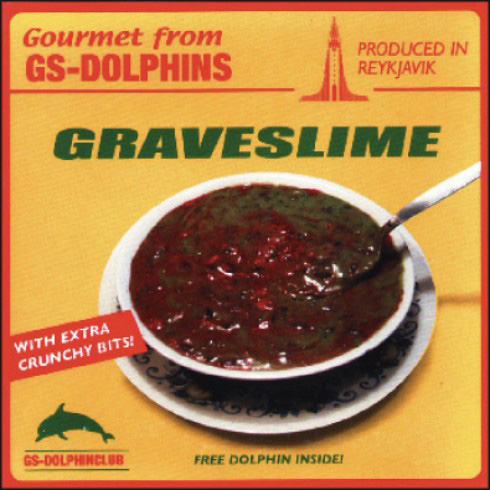 Graveslime – Roughness And Toughness (2003) Your head hurt, after banging it too hard and scratching it intensely trying to figure out the stop-and-goes. Heavy, organic, charming and playful, it was one of the most peculiar and best of the decade. Hear them in The Heavy Experience and Me, The Slumbering Napoleon alike. 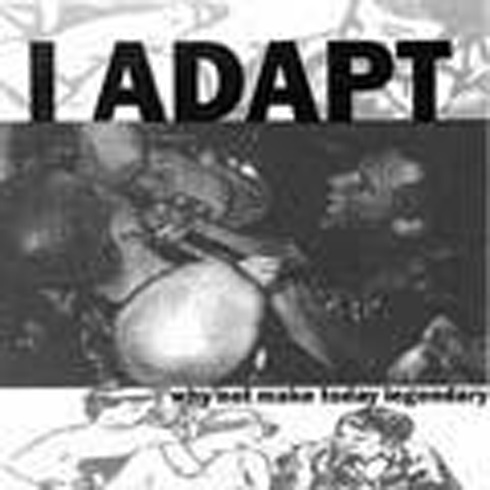 I Adapt – Why Not Make Today Legendary? (2001) WNMTL is important through the lasting effect it had through constantly playing DIY concerts, pushing these songs to introduce different styles of hardcore and going beyond what was expected, to engage listeners, as demonstrated in the lyrics + explanations, addressing issues and opinions rarely if ever on display at the time, influencing a different communal spirit. (Full disclosure: this list’s author is a founding member of I Adapt. Everyone still agrees that this should make the list. Everyone that counts, anyway).

Klink – 666°N (2001) Took all the nasty, gritty and unpleasant elements ‘90s metalcore (before the glossy magazines stole the moniker) and made a four-song homage to perversion, degradation, violence and drugs. And it’s a banger! Holds up well still to this day and is a sketchy ass classic. 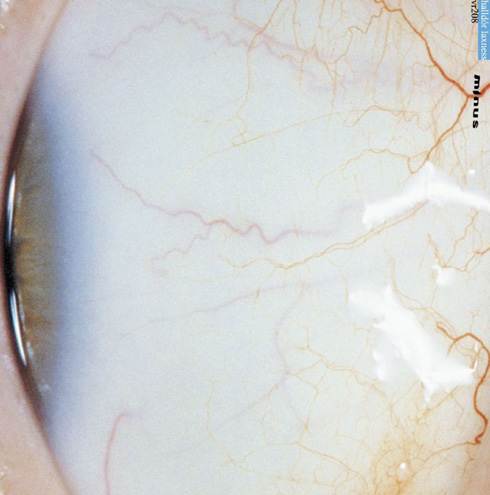 Mínus – Halldór Laxness (2003) Gorgeous slap of aggressive, sweaty and dangerous stadium-ready rock, it gave a much needed kick in ass of young bands and even the ones that pre-dated Mínus. Due to the record’s cross-over potential and success at home and abroad, other acts, with stars in their eyes upped the ante, and as a result the quality of Icelandic rock and metal grew considerably. I still prefer ‘Jesus Christ Bobby’ to ‘Halldór Laxness’, but its allure was rare feat indeed and its impact was felt for years after its release.

Momentum – Fixation, At Rest (2010) They gave the words ambition and grandiose a new meaning. It’s a breathtaking exploration of their own potential. Homage to artistic aspiration and autonomy, sprinkled with psychedelia. Raised the bar for Icelandic metal. Now you can shotgun beer and be artistically and thoughtful at the same time.

Potentiam – Orka í Myrkri (2004) Moving beyond the conventional compounds atmo-scandi Black Metal. This material landed them a release on a respected international label, showing the rest of the well-hidden black metal hopefuls that their isolation could be undone. A feat not many BM bands before—or after—accomplished.

Severed Crotch – Soul Cremation (2007) Internationally speaking, it’s a bit hackneyed, but the band’s debut release is so spirited and dedicated that it immediately became an “it had to happen” type of record. Brutal and technical death metal had a lot of fans here, yet there was not fully a functioning band to pull the wagon. Subsequently contemporary DM brethrens wanted to improve. The Crotchsters brought more fun to metal shows.

Sólstafir – Masterpiece Of Bitterness (2005) One of Iceland’s oldest, certainly longest lasting, metal bands turned a new page in their career. There was change in style and approach. A new sound was being established. New ears were reached. The coordinates said world domination, a road was paved to ‘Köld’, their latest and best. Now their closer to being a full-time metal band than any Icelandic crew before them. The steady success that pushed Icelandic metal to new heights.