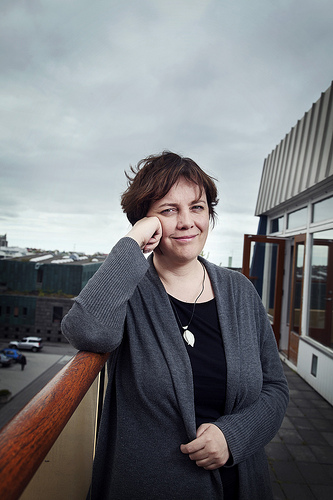 Iceland is a country of abundance, at least in relative “per capita” terms—the most popular measuring stick for any small state. It has enough hydro and geothermal power to make us the world’s biggest producer of electricity (per capita) and it covers enough area to make it Europe’s most sparsely populated country (per capita). But Iceland is also abundant—in absolute terms—in a number of things, albeit things you might find more difficult to quantify.

One of Iceland’s greatest assets is its nature. It’s an endless source of inspiration, spiritual refreshment, a place to be filled with a sense of awe for Mother Earth. Far too often, Iceland’s nature has been seen as a means to an end, a tool to serve GDP-growth. The geologist Sigurður Þórarinsson once pointed out that too often we measure the value of waterfalls in kilowatt hours, when we should bear in mind that they also hold a potential on which we cannot place monetary value, that of hours of pleasure.

For the past decade and a half, Icelandic experts have attempted to strike a balance between nature’s value for the energy-industrial-complex on one hand, and its value for other forms of use on the other. With tourism booming during the same period, these “other forms of use” have become increasingly apparent as a major source of traditional wealth as well as Sigurður’s “hours of pleasure.” This led to parliament passing Rammaáætlun (“Master Plan for Hydro and Geothermal Energy Resources”) this January, a plan for proposed power projects, based on the best available scientific research and information, taking into account both their economic implications and their environmental consequences. This is a big step toward ensuring that the further exploitation of our energy resources is carried out in accordance with the principles of sustainable development, but at the same time it’s regretful that such a plan wasn’t in place decades ago.

Some of the biggest scars on the face of Iceland have been inflicted in the interest of power-intensive industries. A few of them may have been justified, but all in all, they are too many and too big. Over the past few months, increasing evidence has shown how the Kárahnjúkar dam in East Iceland has severely impacted the ecosystem of Lagarfljót. What was once a clear blue river is now a murky glacial river due to the sediment running off the dam. Environmentalists warned of the consequences of the project, but their words of warning fell on deaf ears.

It is necessary for public authorities to have a sound understanding of the common good, encompassing implications for the economy, society and the environment. This is a big task, and an important one. We must be cautious when making big decisions with wide-ranging consequences. In the north of Iceland, plans for a geothermal power plant at Bjarnarflag might put Lake Mývatn at risk. Midway between Iceland and Jan Mayen Island, ideas of oil exploration might put the ecosystem of the Arctic Ocean at risk. We must always proceed with caution when the stakes are this high.

Iceland’s unique nature is fragile and it is our duty to take good care of it. Fortunately, nature conservation has gained ground over the past few years, at the same time as tourism has become a major component of the economy. Nature conservation is the foundation of tourism; nature must be respected and protected to maintain its appeal. It is important to learn from our experiences and improve the way we interact with nature—for nature’s own sake, for the sake of its ecosystems and for the sake of future generations.

Svandís Svavarsdóttir is a Left Green MP and Minister for the Environment and Natural Resources.