Hooray! We turned ten this year. For a humble street rag like Grapevine, turning ten is a pretty big deal—we barely expected to make it to ten issues (and, indeed, all of our contemporaries Reykjavík’s street rag market have long since bid farewell… miss Úndirtónar!).
To celebrate our decade of existence, we thought we’d get a little introspective and spotlight some choice articles from the past that are for some reason significant, accompanied by commentary and even updates. Call it a “blast from the past” or “a look into the dark cauldron of time” if you want to—we call it fun. Thus, for ten issues, expect a page dedicated to a year of Grapevine’s existence, starting one issue ago, with a look back into magical 2003.
In issue 10 we had a look at 2006, our fourth year of existence when Bart Cameron was editor (and Sveinn Birkir). Here is what Bart had to say about those exciting times.
— 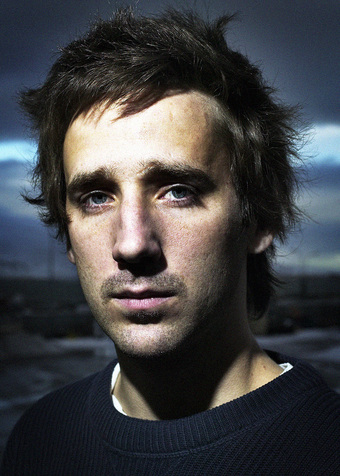 In 2006, I was in a panic. I’d started as a journalist with the Grapevine in 2004. Then-editor Valur Gunnarsson had allowed me to do the kind of music writing I always wished I could have had access to as a kid. In 2005 I became the editor, and we started building some momentum. I had a pet, crazy theory that Iceland’s “boom” was smoke and mirrors, and that the country was being looted. I shovelled out editorials and articles poking the bear of right wing Iceland. We got extremely lucky, and we suddenly had a number of journalists to help us start to explore where Iceland was going.
I’m most proud of the writers we helped develop in 2006 with a workshop thing we did every day. Haukur, Sveinn Birkir, Vala, Sindri and Gunnar Hrafn, who is now on TV, Eiríkur Norðdahl… Some great writers learned their craft in 2006 (there were other writers who didn’t need our help but helped us, including Ian Watson and Steinunn Jakobsdóttir).
For actual writing, Paul Fontaine’s article about the final days of the base at Keflavík and a murder that took place there was truly brilliant. Sindri’s fantastic article on the Roskilde Festival was also great.
The panic I mentioned: I was sure we needed more revenue to keep going. I wanted four years with these writers. I thought we’d be a Village Voice for the 21st Century. It’s embarrassing to mention now that I was begging for TV deals, book deals, anything to keep our writers on staff. I should also say panic led to one of our strangest decisions—and to one of the best pieces of writing I got to do. We decided to try to prove that we could write about life outside of Iceland. That led to me, our photographer and our publisher flying to the Mississippi Delta to cover the aftermath of Katrina.
This is on my mind because a friend I made there, T Model Ford, a blues musician who lived through damn near every travesty of the 20th century with fearlessness, joy and a mix of honesty and bullshit died today. In 2006, I was desperate to help Icelanders explore their own nation through a foreigner’s eyes. In 2006, thanks to this beautiful magazine, I got to visit my home country and see it with a foreigner’s eyes, and shit do I appreciate that opportunity.
We never found that extra revenue. We did keep some great writers, and those writers made the paper into what I’d always hoped it would be. I think the behind the scenes stuff from 2006 helped that happen.
—
Don’t forget the rest of the 2006 Mississippi articles, “Touring the American Egypt”
Read the story of the Mythical Blues Man in Clarksdale here.
Read about being Lost and Found in the Devil’s country here.
Read about Memphis and the King here.