Iceland and fish are seen together so commonly in sentences that they might as well get married already, which is probably what raised such alarm when Iceland’s women’s football team Instagrammed a photograph of Sigurwin, the team goldfish, being held in a life-threatening position near an open toilet bowl. The photo prompted a Swedish animal rights group to report the women’s football team for animal abuse, forcing the team to apologise for such immature behaviour.
Meanwhile, off the coast of Reykjavík, another animal rights group was busy waving their fists at Iceland’s aquatic animal policies. A whale watching boat was deployed from Reykjavík harbour to greet a Samskip vessel carrying the rejected whale meat on its return from Germany. The group greeting the vessel brandished signs that read “Til hvers?” and “What’s the point of whaling?” 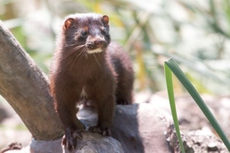 Well, we’re not going to answer that. Instead, let us direct your attention to ﬁorlákshöfn, where construction has begun for a 23,000 square metre mink farm. It will be Iceland’s 29th mink farm. Collectively, the industry produces 180,000 furs annually. It’s almost as if Iceland is sticking its tongue out at animal rights activists.
While Iceland is busy teasing the animal rights world, the Vice Mayor of Serbian town Krusevac was recently punished for her own childish tactics. Slobodanka Miladinovic was forced to resign due to an offensive name-calling incident targeting Erla Dürr Magnúsdóttir, an Icelandic volunteer giving a presentation in Miladinovic’s city (she said Erla looked like a “bell pepper-picker”). Or maybe it was because she used a “NOT” joke in 2013. 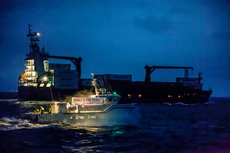 Either way, the public figure humbly backed down, a move that the Icelandic whaling industry was never taught. Despite a declaration by the Icelandic shipping company, Samskip, that they will no longer carry whale-meat to Asia after the Hamburg incident, whaling itself continues as usual with no prospect of slowing anytime soon.
But the show must go on. Especially with Reykjavík’s annual Gay Pride festival celebrated throughout downtown Reykjavík from August 6–11. A limited edition Gay Pride themed brew will be offered in Icelandic liquor stores just for the occasion. The beer sports a rainbow-coloured label and is titled “Ástríkur,” which translates appropriately to “rich of love.” Now that’s something to skál over. 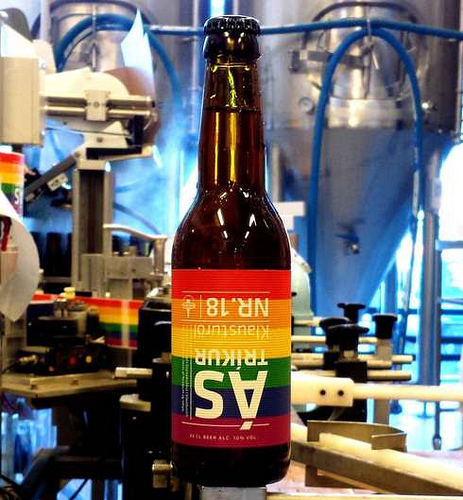 Besides, it’s probably better to stick to beer these days, with recent investigative reports muffling out the once-glamorous clang of champagne glasses. Journalists working for Vísir recently visited two downtown Reykjavík clubs, Crystal and VIP Club, and reported a strong possibility of illegal activity regarding the women working there. Steinunn Gyðu- og Guðjónsdóttir, who runs a shelter for former prostitutes, told reporters that the clubs “bear many of the signs of human trafficking.” The clubs however have denied the accusations and are now suing the journalists for slander.
Plus, is it really worth paying 20,000 ISK (the price one of the above mentioned clubs charges for “alone time” with one of the women) when according to a study by Laufey Tryggvadóttir, Icelandic women have sex with more people than women of the same age in other Nordic countries. You go girls. The same study, however, also revealed that Iceland has proportionally the highest rate of chlamydia in all of Europe. I guess being the best at everything has its downsides. Speaking of being the best, at least Iceland is still the land with “the most beautiful women and the strongest men.” But speaking of the downsides, steroid use has increased dramatically in the last year amongst those strong, strong men (and women). According to reports by the police, more steroids have been confiscated in the first three months of this year than have been confiscated over the past three years combined. 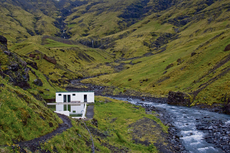 On a more positive note, Seljavallalaug has been selected by Guardian readers as one of the top ten swimming pools in the world. THE WORLD. Oh, and Sigurwin the goldfish has arrived safely in his brand new, luxury aquarium. So regardless of what’s happening with the continuing dispute over mackerel quotas between the Icelandic government and the EU Fisheries Commission, at least we know of one fish whose life is coming along just swimmingly.