A Little Bottle of Icelandic Happiness

Having only arrived in Reykjavík a few weeks ago, I was pretty shocked while walking through downtown Reykjavík yesterday as it felt a bit like cruising around in a submarine, what with all the speakers blaring eerie whale noises along Lækjargata. Never one to miss out on funky happenings in Reykjavík, especially when it’s thirty seconds from our front door, I grabbed a camera, some fluffy recording equipment, and went to check it out. After taking a few minutes to record the overall strangeness of people milling about drinking coffee with whale noises playing in the background, I stomped up to the white tower at Lækjartorg square for some answers.
There I had the pleasure of meeting Axel Ingi Arnason, a smiling Icelander (complete with both a beard AND sweater), and Tom Clisson from France, who explained that Reykjavík’s Native Centre was putting on this get-together to create an open space for tourists and locals to talk about, well, anything. Apparently the free coffee and whale blubbering speakers were all about getting tourists and natives to sit down together in a friendly environment, in a country that isn’t famous for its cheap and plentiful stockpile of liquor. Visitors could discuss fun things to do in Reykjavík, what it means to be an Icelander, the meaning of life and you know, other such easy topics.
I must have shown up towards the end of the get-together seeing as things were starting to wrap-up and be taken down. Apparently people don’t want to hang around outside in Reykjavík in the middle of winter for too long – who knew? Wishing me a nice day on my way out, Axel gave me a jar labeled ‘Íslensk hamingja,’ (“Icelandic happiness”) one of many uplifting and inspirational jars that he’d been giving out to everyone who stopped by, other jars boasting to contain things like ‘Icelandic luck,’ or ‘that-butterfly-feeling-you-get-in-the-pit-of-your-stomach.’ And although the jar seemed depressingly empty, there was definitely a certain spring in my step as I left Axel, Tom and the moaning whales behind, with a little bottle of Icelandic happiness tucked away in my pocket. 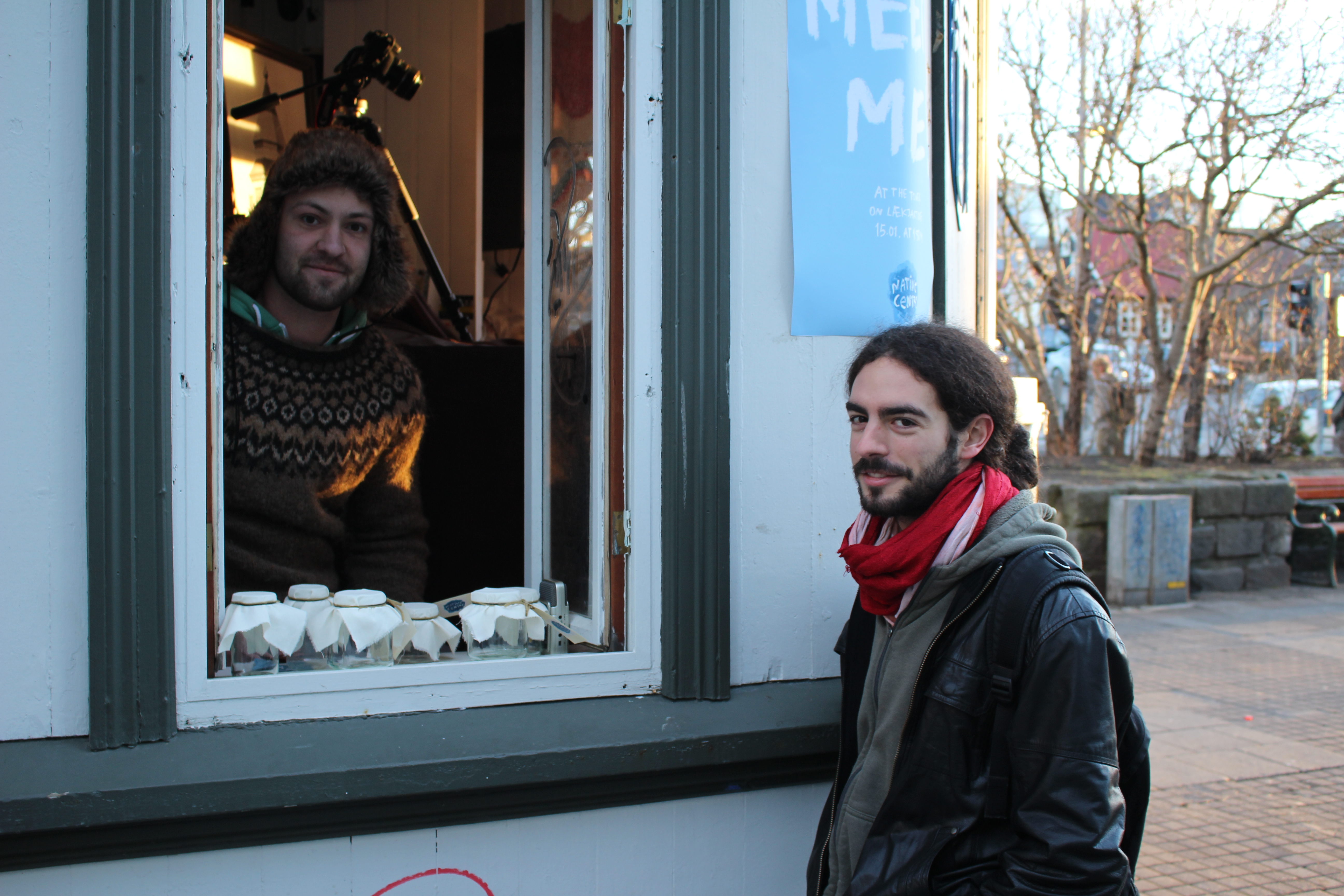