This isn't your grandfather's letterpress

This isn't your grandfather's letterpress

It only took about 570 years for letterpress printing to be cool. What’s the secret? Well, we’re not talking about Johannes Gutenberg bibles here.

Born in the 1400s, letterpress printing has been undergoing a resurgence across the globe over the past decade, with studios popping up in the hipster havens of New York, for instance. And just two years ago, one such studio—Reykjavík Letterpress—opened in Reykjavík.

It is the brainchild of graphic designers Ólöf Birna Garðarsdóttir and Hildur Sigurðardóttir, who purchased equipment from a retiring local printer to open Reykjavík’s first letterpress studio in 2010. “It’s fun and different combining new and old art forms,” Ólöf says. 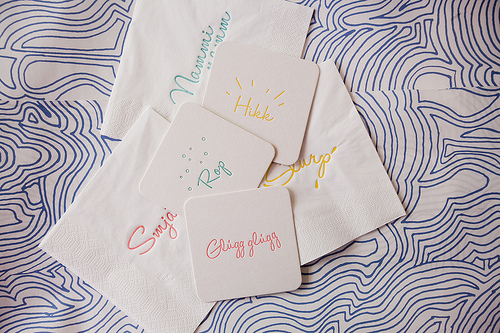 Starting a new business is never an easy task, but starting a business against the backdrop of economic collapse is especially gutsy. Ólöf and Hildur were reduced to working 50% at their advertising jobs and had more time to think of creative projects.

“When you lose 50% of your job, you start to think am I just going to sit here and do nothing? It makes you think about other things you want to do,” Ólöf says. “The business was created in some ways because of the crisis.”

Before opening their studio, Ólöf and Hildur went to New York for research, visiting well-known studios including Greenwich Letterpress, Sesame Letterpress, and Moontree Letterpress. “We wanted to see what was there in terms of printing and learn as much as we could,” Ólöf says.

Upon entering the Reykjavík Letterpress studio, visitors are greeted by the main attraction: a beautiful Heidelberg press. The German-made press, which dates back to the early 20th century, is fired up a few times a week, printing everything from wedding invitations to holiday-themed napkins.

Wedding invitations are a big request for the studio and a favourite for the designers. “Iceland doesn’t have the big wedding tradition that they have in the States where there are so many pieces to an invitation—the invitation, the “save the date,” the thank you card, maybe the menu—but here in Iceland it’s more personal,” Ólöf says.

The designers love that personal aspect of the business, explaining what it’s like to sit down with the couple and listen to what they want. “It’s so much fun to hear their plans and so many of them want to have something different. It’s challenging and fun,” Hildur says. 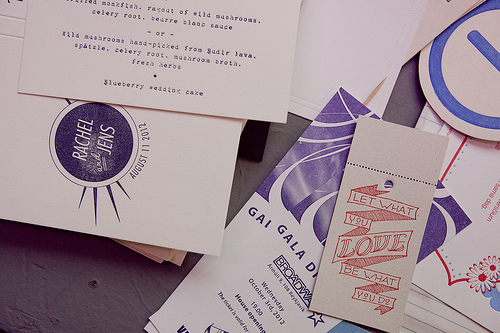 The sky’s the limit

Reykjavík Letterpress’s work has been recognised internationally, which is thrilling for such a young company. The studio’s “Bit of a Mix” project, which features 10 business card-size pages with different printed handwriting and fonts, received a nomination from the Art Directors Club of Europe. “It was so great,” Ólöf says. “It’s been our favourite project so far and we were so excited about the nomination.”

Having recently celebrated their second anniversary, it seems the sky is the limit for the designers who recently hired a printer and an assistant to help with daily tasks. “We want to have more time designing and coming up with different projects,” Hildur says.

They are also working towards opening their own market with a store and a workshop where they could teach others how to use the press and pass on the tradition of letterpress. “We are really proud that we are here,” Ólöf says.