Taxing Issue For Filmmakers In Iceland

Is the tax rebate for movie directors as a big a draw as they say?

Is the tax rebate for movie directors as a big a draw as they say?

“I’m afraid we’ll have to keep this brief,” says Einar Tómasson apologetically, as we meet by the reception of the Borgartún complex where the Film In Iceland agency resides. “It’s a very busy day.”

For Einar, Iceland’s Film Commissioner and the man tasked with bringing the cream of the global filmmaking elite into the country to make their next motion pictures, it has been a typically busy summer.

Tom Cruise stayed over at the Hilton Nordica whilst in Iceland to film his upcoming sci-fi thriller ‘Oblivion’ alongside Morgan Freeman. Ben Stiller followed close behind, staking out locations for his next directorial project ‘The Secret Life of Walter Mitty.’ Then Russell Crowe and Emma Watson were amongst the stellar line-up for Darren Aronofsky’s adaptation of the story of Noah’s Ark, set to hit the big screen in 2014.

But Einar has been looking to the future. “I go to LA once or twice a year. Though when I travel I don’t have to try and sell Iceland anymore. Filmmakers already know about us,” he says.

One of the biggest draws of working with Film In Iceland, which in an arm of the government-backed Promote Iceland, is the 20% tax rebate offered to directors who produce their movies in Iceland. This fact is trumpeted in all caps across the cover of a glossy brochure featuring a shot of the Icelandic coast, which Einar hands me. Inside is a more detailed explanation of how filmmakers can claim back a fifth of their expenditure here in the country.

Like any part of the tax code, however, the rules are not quite as simple. Filmmakers must set up a company in Iceland, or establish an Icelandic branch of an existing EEA company, before submitting details about the film to the Ministry of Industry, including estimates of production costs and sources. Only when the production is finished is the 20% reimbursed and it’s only on the eligible production costs that have been incurred in Iceland, not the wages for employees or contractors who pay tax in another country.

The system can be daunting at first. Heather Millard, for instance, who came to Iceland three years ago to produce a documentary film, ‘The Future Of Hope,’ didn’t find the incentive immediately appealing. “The implications in cost of registering a new company and finding an accountant to help navigate the laws simply seemed far too costly given our realistic spend in the country,” she said. 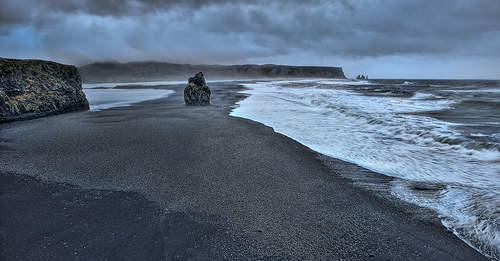 Now, however, as a producer also working as a sales agent with Anglo-South African company Spier Films, she is working with a number of Icelandic filmmakers to secure the available tax incentives. “I wouldn’t think twice about doing it. I would however always recommend a strong co-production partner in Iceland to help navigate the system with you if you’re from abroad.”

The tax benefit does indeed continue to draw filmmakers to the country, Einar insists. “If it weren’t for the tax incentive, people would be looking for new jobs,” he says. And he maintains it is good for the country too: “The government has to gain more than it pays out if this is to work.”

In the first six months of 2012 alone, the Icelandic government has already spent more than ever before on refunding film projects through the tax incentive: 392 million ISK on thirteen different projects, four of which are features that originated abroad.

Not the very best

Still, Iceland is by no means the only European country to offer the 20% rebate. In Ireland, for instance, up to 28% of expenditure may be reimbursed and the United Kingdom offers up to 80% tax relief on total qualifying costs. In other parts of the world, there are similar or even larger tax rebates and moreover the cost of living is significantly lower: South African-shot films are eligible for a 15% rebate, the Cayman Islands offers a 30% reimbursement and in Fiji it’s a 47% rebate on qualifying expenditures.

Heather says that Spier Films frequently forms co-production partnerships across different countries to take advantage of tax incentives. “It has to be said there are countries that offer much higher tax incentives, but this can be a grey area,” Heather says. “If a production in South Africa, Canada or Australia isn’t considered a ‘South African,’ ‘Canadian’ or ‘Australian’ production, then the tax rebate can be lower.”

And Einar concedes, “No one comes just for the tax incentives. It’s about everything that we offer,” eulogising the natural landscape. “We have a different variety of spectacular, dramatic landscapes all within easy reach—glaciers, lakes, black beaches, waterfalls. It makes a perfect alien planet for an otherworldly sci-fi film.”

Another vital factor, he argues, is the positive work ethic of the Icelanders with whom they work. Film In Iceland’s promotional material is littered with quotes from the great and the good of Hollywood who have come to the country, including Clint Eastwood, who after working here on his ‘Flags Of Our Fathers’ said “I soon learned that Iceland also has friendly, hardworking people with a refreshing can-do spirit.”

Heather Millard agrees there are many reasons why filmmakers come: “First and foremost it is down to their storyline. There is also the summer season—24-hour daylight gives the opportunity to work longer days, cutting down the number of days needed for filming.” Institutional accessibility in Iceland is another positive: “Unlike the UK or USA where it can take weeks if not months to be granted filming permission, in Iceland you can film almost anywhere and permission is given much more rapidly.”

Nonetheless Heather sounds a note of caution. “One other incentive is the favourable exchange rate that foreigners are now getting against the króna, which wasn’t available before the crash. It will be interesting to see if the interest in filming in Iceland remains this strong when the ISK begins to strengthen again.”