WHY HE MADE ‘A9AINST’ AVAILABLE TO RENT ON-LINE 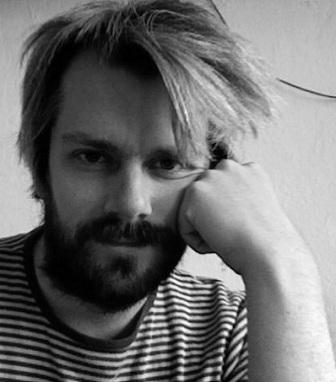 What happened in the winter 2008–2009 certainly does not amount to a revolution, but it definitely was an insurrection. Early on in that story some people lead the way, and went further than others were ready to at the time. A group of around thirty people entered the building of Parliament to read a declaration. They were arrested and months later charged, then prosecuted, for ‘attacking parliament.’ After a long and exhausting process, all were acquitted of that ridiculous charge, but some were found guilty of smaller charges thrown in there.
Basically this seemed like a perfect focus-point for a film about the uprising: by choosing a very diverse group of people to prosecute, people who still had something in common, if only the will to act, the general attorney defined my subject-matter. In the film I wanted to portray their particular existence at that point in time, not on a personal level but a political one. But politics are a different thing in film than in politics: the question becomes not who is right or what shall be done but rather: what does it mean to carry an idea in the world, as a living physical human being, with your own characteristics and idiosyncrasies.
If a film succeeds it always reveals something. And the revelation aimed at here is rather nine or ten such revelations: nine or ten examples of potential modes of carrying an idea, putting it into action.
The film was premiered at the Skjaldborg documentary festival in summer 2011, then released in Bíó Paradís that same autumn. It got some rave reviews. But for some reason public broadcaster RÚV has declined to buy the TV rights, twice. That is, two different heads of programming have declined, citing different reasons: the lighting is not good enough, the film does not treat some people with due respect. You know how when people give a whole array of answers to something, that’s usually precisely not the actual reason, that’s usually just rationalizing.
I think the film succeeded in being uncomfortable in a surprising way, not really foreseeable in its approach, I think it upsets something. So far, however, it has not succeeded in terms of being seen. Blocked out by RÚV there are not that many local options to deliver it with any real impact. Making it accessible online however, might prove to be a smart means of distribution.
It’s not for free however. I realize that if people find it worth their while at all, sooner or later it will be pirated. In the meantime, however, I still hope to pay some bills. And I dream of renewing some of my equipment, but that’s probably a little far-fetched.
—
‘A9ainst’ is available to rent here for a fee of five dollars.