Especially The Nice Ones 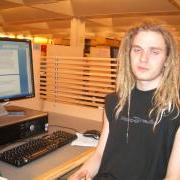