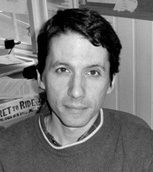 Like many capital area residents, I depend on the bus for my daily travels. And like many who use the bus, I find the service sorely lacking. Fares increase, service decreases, and the website is, at this point, infamous for being one of the most maddeningly unnavigable Icelandic websites. However, I don’t think the situation is intractable. The bus service just needs to be collectivized.
A lot of people aren’t aware that the capital area bus company, Strætó bs., is actually a private company. They have contracts with Reykjavík and surrounding municipalities, but they are a private company, with all that comes with it—an interest in maintaining a profit and making budget cuts from the bottom up—except for the usual headache of having to face any competition from other companies in the same industry.
To those who are accustomed to their mass transportation being a public service, the idea of a private mass transportation service might seem absurd. And they’d be right, it totally is. To rectify this situation, I propose a few changes that would be to the benefit not just of those who use the bus, but also of car drivers, too.
1. Make public transportation truly public
In other words, eliminate individual bus fares and subsidise the operation through taxes alone. I’m sure a lot of car drivers would balk at the idea, but they would in fact stand to benefit. Bus service in Akureyri has been free for years now. The result they saw when they made the change was a huge spike in people using the bus, which has undoubtedly reduced car traffic, allowing for faster travel times. Furthermore, fewer cars means less wear and tear on roads, resulting in lower costs for road maintenance.
For those who ask why everyone should pay for a service only a fraction of people use, I would ask that we remember that a socially-minded society pays collectively into all kinds of services that only a fraction of the population will use at any given time: unemployment insurance, maternity pay, disability and so on. We do this because it benefits us all to have these services available to us all. Mass transportation should be no different.
2. Make public transportation accountable
Ideally, the committee that runs the planning and scheduling for the bus service should be an elected position. Say, a seven-person committee, where each member serves four years at a time. They must convince the people they hope to serve why they should be elected, and they should be able to be voted out if they don’t live up to expectations. Which brings me to …
3. Make public transportation transparent
I envision a website where the general public can submit their own questions, suggestions and complaints. These are posted publicly, as are responses from committee members. Furthermore, the committee would post their own proposals, with input from the public.
I believe the result of collectivising the bus would not only be reduced road wear, reduced air pollution and decreased travel times; it would mean a cheaper bus service that more people use, serving both transparently and with accountability. There is absolutely no reason why a municipal area of just over 100,000 couldn’t do this, especially as the alternative is either more car traffic, or a continuation of the broken, limping machine that is the capital area bus service today.
—
Paul Fontaine has been writing for the Reykjavik Grapevine since issue two, 2003.