The Reykjavik Airport: There’s More To It

Ari Trausti writes regularly about geology and hiking on these pages. He is the author of many books and ran for president last year. 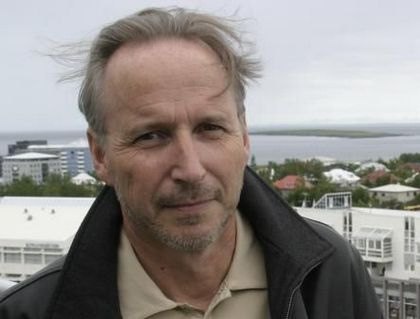 An article on the Reykjavík Domestic Airport printed in issue 8 of the Grapevine needs clarification. First of all, the boring, cliché commentary about a plane crashing into the parliament is long since a useless one. Planes approaching an airport can crash into important buildings in cities the world over. An aircraft passenger, a dead parliamentarian or any dead citizen due to an air crash are all equally badly off and, in principle, equally heavily mourned. Second, a long article on the airport in the only large English news media in Iceland should address at least three issues, besides the need for space to build more housing within the city. Please note that the city’s area and distribution of buildings is no accident. It has grown for decades according to a city planning policy imported from our Nordic neighbours in the 1960’s. By now the deed is done and we have to be careful about how we try to rectify the many mistakes that have been made.
1) It’s our Central Station
The airport has the same function as a central hub for trains has in any big city in the majority of countries. For hundreds of thousands annually, the centrally located airport facilitates business, official errands, tourism and trips made for medical purposes, for Icelanders, East-Greenlanders and the Faroese. If you are concerned with the space it occupies, think about the long lanes with ten, twenty or more parallel train tracks cutting through the world’s cities. You simply wouldn’t close a capital’s Central Station.
2) It’s access to our medical centre
Iceland’s medical facilities are concentrated chiefly in Reykjavík, which brings heavy traffic to the city. This traffic includes emergency transport, which is far from being done only by helicopters, as well as a large number of visits by patients seeking all sorts of consultation and aid, not only high-tech operations, as the article implies. People are entitled to easy access to medical facilities for their needs. Our Greenlandic friends are also happy to have the Reykjavík landing strips when they need some medical assistance. So will future seamen and passengers in high Arctic waters.
3) It’s an important workplace
A great number of people work at the airport and in businesses related to the facilities, services and the air traffic control. It is one of the largest workplaces in Reykjavík. Some 5-7,000 future apartments do not automatically justify a rather sudden closure of important businesses and workplaces.
Finally, the proposed Hólmshei›i airport is expensive and almost certainly less suitable than the one in Reykjavík. The idea of an electric train to Keflavík Airport has to be based on a far larger population than we now have in Southwest Iceland. It might appear one distant day to ease the car traffic between Keflavík and Reykjavík. Environmental issues related to directing all air traffic to Keflavik are far from clear. Maybe the time may come when vertical take-off and landing aeroplanes will dominate the domestic traffic, but until then there is no better solution to the “airport dispute” than keeping the airport in town with all the important functions it has had and will have for decades to come.
—
See Also:
So What’s This Airport Dispute I Keep Hearing About?