The Case For Sustainable Whaling 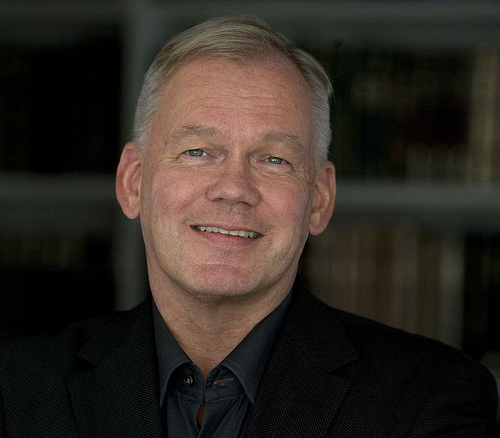 World food prices have soared in recent years, not least after the financial crisis of 2007–8. The poor are expectedly hit hardest. But a large source of cheap, healthy food is available and hardly utilised: the whale stocks in the seven seas.
Iceland is one of few countries to allow some whaling. The two stocks harvested in Icelandic waters are the minke whale, one of the smaller whale species, and the fin whale, the world’s second-largest mammal.
These stocks are in good shape: according to Icelandic marine biologists, there about 40,000 minke whales and 20,000 fin whales in Icelandic waters. Harvesting a few hundred whales of each stock per year is thus fully sustainable.
The European Union—to which Iceland recently applied for membership—is however adamantly against whaling. The motive is political. Along with the African elephant and a few other big animals, the whale is part of the “charismatic megafauna” embraced by environmentalists, a powerful political constituency in Europe. The whale no longer has the image of the deadly Moby Dick in Melville’s novel. Now it is supposed to be the smiling, cheerful Keiko of ‘Free Willy.’ The scientific argument for a ban on whaling is weaker, however. If many stocks, not only the minke and fin whales in Icelandic waters, are abundant, why are they not harvested?
Part of the answer is history: terrible overexploitation of whale stocks in the early 20th century. The International Whaling Commission, IWC, which was established in 1946, was proving ineffective in protecting whale stocks and the majestic blue whale, the world’s largest animal, was almost driven to extinction. In 1973, a respected Canadian mathematician, Colin W. Clark, published a piece in ‘Science’ arguing that, with a high discount rate, and a slow-growing species like the blue whale, it might not be profitable to hunt it to extinction. Taking their cue from Clark, environmentalists targeted the IWC, succeeding in 1982 to impose a moratorium on whaling, effective in 1986.
Iceland voted against the moratorium and used a special exemption to continue limited whaling for scientific purposes in 1986–9. In the summer of 1986, the environmentalist organisation Sea Shepherd responded by sinking two whaling boats in the Reykjavík harbour and attacking a whale processing plant. Iceland left the IWC in 1992 to protest the disregard it showed for scientific findings. The IWC had not allowed whalers to resume harvesting stocks found to be abundant. It seemed indeed to be turning itself into the International Non-Whaling Commission. The chair of IWC’s scientific committee, Dr. Philip Hammond, resigned from his position in 1993 for the same reason as Iceland left the IWC.
In 2002, however, Iceland re-joined the IWC, with a reservation that if the scientific evidence favoured sustainable whaling, it would be resumed in Icelandic waters. When the minke and fin whale stocks were found to be abundant, whaling was resumed in 2006, despite loud complaints by the EU. Icelandic whalers are now regaining markets lost during the moratorium, while whale watching at sea is also popular with tourists in Iceland.
Moreover, in 2007, three distinguished economists, Quentin Grafton, Tom Kompas and Ray Hilborn, published a piece in ‘Science’ rejecting Clark’s 1973 argument against whaling. Grafton and his co-authors pointed out that if a particular stock of an animal were owned by someone then they would have a vested interest in maintaining a strong stock because harvesting costs usually are low when the stock is abundant, with the cost rising as the population is reduced.
The Icelanders have developed an efficient system in their fishery, making it profitable unlike most fisheries elsewhere. This is a system of individual, transferable quotas, which can best be described as private use rights in fish stocks. This system could easily be extended to whales in the Icelandic waters and for that matter elsewhere. This would essentially mean that whales would be privatised, taken into stewardship. Those holding the quotas would behave like owners: they would have a vested interest in maintaining strong whale stocks.
Whaling may not only be sustainable in many stocks, but it may also be necessary. Icelandic marine biologists estimate that whales in the Icelandic waters consume annually about six million tonnes of many kinds of seafood, mostly squid and crustaceans, but also two million tonnes of fish, such as cod, herring and capelin. By comparison, Icelanders harvest slightly more than one million tonnes of fish annually. Seemingly, whales significantly reduce the total fish harvest in the Icelandic waters. Even if this were not true, as some environmentalists argue, this would only mean that the whale succeeds in finding and processing nutrients which man, with present technology, cannot utilise. In other words, the whale can then be looked upon as a highly efficient search engine for, and processor of, seafood.
Thus, in a world of food scarcity, especially amongst the poor, the fierce opposition of the European Union to sustainable whaling may not only be scientifically misguided, and economically unsound, but also immoral.
Read Also:
Moral Stewards – Re: The Case For Sustainable Whaling
The Invisible Industry
Whaling Resumes
Anti Whaling Campaign A Success
Whaling Ships Left The Harbour Last Night