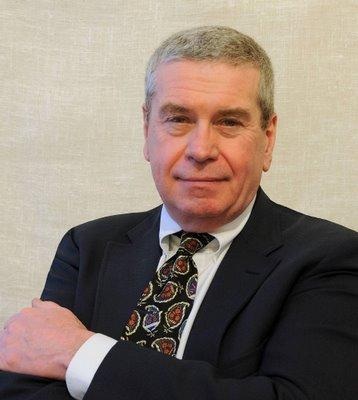 Icelanders, please grant Mr. Edward Snowden citizenship. He’s a traitor to no one. He is a believer in the truth in an open and free society. Although I and a lot of others don’t know a lot about the country of Iceland, I do know that it is not an EU member state, but is a NATO member state—and that’s OK.
What is also ‘OK’ is that Iceland is ranked second in the strength of its democratic institution according to The Economist Intelligence Unit and eleventh in Government Transparency. Furthermore, Iceland is ranked thirteenth on the The United Nations Human Development Index.
The United States, where Edward Snowden is from and whose passport was cancelled somewhere between Hong Kong and Moscow, Russia, is ranked nineteenth, while behind Canada, another democratic country, sits at number nine.
Good job, Iceland. Mr. Snowden would be a good addition as a citizen of your country, I believe.
Mr. Snowden took it upon himself to put principle before personal safety. As an employee of a consulting firm that had contracts with the CIA and NSA, Mr. Snowden relinquished his high paying job, girlfriend, his house in Hawaii and, most importantly, his privacy for the sake of what he believes to be true.
As he said in his interview with the Guardian when he decided to go public, after leaving the US on May 20: “I don’t what to live in a country that does these sort of things.” Well, Icelanders, I think that maybe your nation of some 321,000 people would agree that a country—ANY country—should not be doing “these sort of things” to its citizens.
Snowden has exposed some of the dirty laundry of America’s intelligence community and made public what many in the government already knew: America is spying on it’s citizens, and everyone else.
Snowden was well aware of the consequences of his actions in all of this; as the trial of Army private Bradley Manning is currently underway for passing information to WikiLeaks two years ago. Private Manning has spent time in solitary confinement for his actions, and now is being tried in a military court that’s currently NOT open to the public. The same fate may await Mr. Snowden if he is to return to the United States.
Snowden chose the public’s right to knowledge over his own personal safety. He is currently is paying the price for accepting this responsibility, stuck in a transit zone at Moscow’s International airport with a cancelled passport.
Iceland was formally founded in 1918 and declared a republic in 1944. Since then, I believe that independence has been the most important political ideas for Icelanders. Although the nation is allied with the United States—and this, too, is OK—Iceland is still a nation of people that cherish their sovereignty over the a snarling Big Brother who demands that a president of another sovereign nation land his plane so he can investigate if “someone he may want” is on board.
So, Iceland: do the right thing: offer citizenship to Mr. Edward Snowden, and help him achieve safe passage out of Russia. Granting Snowden immediate citizenship would bring an end to this international drama, and once again prove Iceland to be an independent country that stands unafraid of bullying Big Brother tactics.
As we all know, Iceland’s parliament, Alþingi, can grant citizenship to a foreigner, even one who is currently out of the country. After all, Alþingi famously did just that for U.S. chess player Bobby Fischer in 2005, when he was given full citizenship for “humanitarian reasons,” without him being on Icelandic soil.
Perhaps in light of that, Icelandic MPs submitted a proposal for granting Snowden citizenship last Thursday, but reports state that it received only minor support.
Iceland. Here’s your chance to show your international independence and once again to stand up to Big Brother, as you did in 2005. Now is the time to do the right thing. Citizenship for Edward Snowden.
The author is a journalist writing for The Baltic Times among others.