Why I Bother, Pt. IV 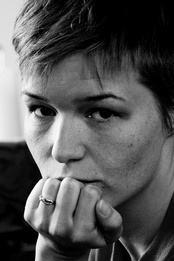 Late in 2010 an Icelandic couple made the news. A surrogate mother in India, paid for by the couple, had given birth to a baby boy but Icelandic law prohibited them from bringing the baby home. Surrogacy isn’t legal in Iceland so the couple could not be considered the baby’s legal parents. It took them three to four months to gain citizenship and a passport and all the other legal documents needed for the baby. Up until this point, surrogacy as a topic had been somewhat ignored by the media and parliament. This was about to change.
In early 2011, a parliamentary resolution was proposed to legalise altruistic surrogacy (as opposed to commercial, meaning the surrogate mother is not paid beyond reimbursement for occupational and/or medical expenses). Subsequently, comments were sought from various companies and public offices (including those dealing with human rights and children’s rights), as well as loads of unions (nurses and doctors), associations (almost all of the formal women’s movements) and local as well as global organisations (the Icelandic division of The Red Cross and Save the Children). Long story short, almost all responses were either negative or highly sceptical.
Apparently, parliament doesn’t care. Last month, on January 18, a resolution was passed stating that a bill shall be written “as soon as possible” (for real) to legalise surrogacy, regardless of the opposition of various experts. The bill is more than likely to pass through parliament without much opposition.
Now, I don’t want to waste more space writing about legal issues or the history of research on surrogacy in this part of the world or any other. What I do want to address is the moral aspect, my reservations, my opposition, as a woman and as a human. The first question we automatically ask ourselves (or at least I did) is: how can it be a bad thing in a prosperous society for healthy women to help out some poor barren person or persons, by lending our body if we feel up to it and want to do it?
Here is what I came up with:
I feel the idea in itself reduces women to machines of reproduction. I sense objectification: disregard of everything but the female body’s ability to carry children. Take a look at prostitution. Woman can be fucked—man can’t find fuck. Why should we object to said man reimbursing said woman for said fuck? We shouldn’t care whether or not woman wants to fuck: we know she can. God forbid that we should ask: why does she want to? Most women are repelled by the idea. Still, we shouldn’t question their motives, wonder about their social situation or if they might be in need or under pressure. We, as a society, don’t generally consider it to be a human right to have children. Those who can either do or don’t, and those who can’t may try to find other ways—but they’re not entitled to children. Much like we are not entitled to sex, should we not be able to find a willing partner.
Here’s where things get a little confusing. I don’t like the idea of renting a woman’s womb or whole body and mind for your personal gain. BUT altruistic surrogacy implies, as so many other ideas in our culture, that women’s bodies are supposed to be used for good, women are supposed to want to give up control of their bodies and mind to please. Not for financial gain, just to please other people. Just because they can.
A popular argument for surrogacy states that the women who undergo it are not in any way connected to the child growing in their womb and therefore have no trouble giving it up at birth. They say it like it’s a good thing.     When children would routinely die at birth or at a very young age, parents were accustomed to not bonding with their babies; they couldn’t really expect them to live. This is a survival mechanism, reinforced by nature and encouraged by culture. It’s not acceptable or sensible or right or fabulous. It’s sad. It’s something we should avoid. Let’s not try to disconnect people from their bodies. Let’s try to encourage a strong and healthy relationship between our bodies and minds rather than discourage it.