A Watergate Of Our Own 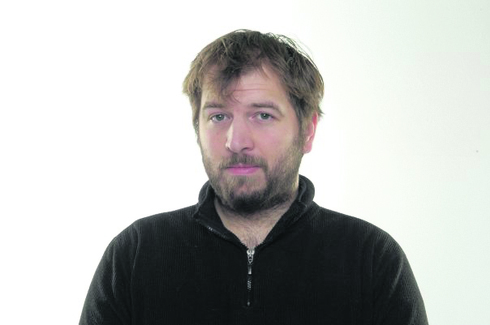 The Watergate scandal was both a low point and a high point in American politics. The downside was that the President turned out to be a crook. The upside was that it showed that no one was above the law, not even the President himself.
Nixon was forced to resign in 1974, but the results were not as one might have hoped. Bright young people did not rush into politics to prove that they could do a better job than Nixon did. Instead, people who wanted change seemed to have largely lost faith in the system. Arguably, American politics never recovered, leading to Reagan, the Bushes, the Tea Party and (God help us) Newt Gingrich. Perhaps Ford’s decision to pardon Nixon as soon as he succeeded to office played a major part in this disillusionment. The former President, it turned out, was above the law after all.
THE RESULTS OF A REVOLUTION
Much the same now seems to be taking place in Iceland. The economic collapse in 2008 laid the flaws of the crony-based Icelandic political system bare. Many rushed to the streets to demand change, others wrote columns, blogs, even books, made comments, analysed and tried their best to understand what had happened. Prime Minister Geir H. Haarde was forced out of office along with the government he presided over, but change has been slow in coming.
A committee was set up by Parliament to find out the roots of the collapse. The findings were seen as authoritative and laid the blame equally on the political and financial systems. Eventually, the MPs themselves were forced to act, voting on whether to indict four of its own members, two from the Alliance Party and two from the Independence Party, including the former PM himself.
THE TRUTH WILL COME OUT…
The results of the vote were a disappointment to anyone expecting change. Parliament failed to rise above its squabbles, largely voting along party lines. The result was that only one man, the former Prime Minister, was indicted. This made it easier for Geir’s supporters to portray the indictment as politically motivated.
Nevertheless, he was undeniably the man in charge in the years leading up to the collapse, and if someone was to be held accountable, it seemed reasonable to start with Geir Haarde. Even more importantly, the trial would force many of the most powerful people in Iceland to take the stand, and this in itself might force much valuable information on the reasons for the collapse out into the open.
…OR MAYBE NOT
Of course, much of this information would be sensitive, if not downright incriminating, for many of those still in Parliament. Small wonder then that Independence Party Chairman Bjarni Benediktsson recently put forth a motion to suspend the trial. This requires a double vote, first on whether his motion is to be submitted to a vote, and then the vote itself. So far, Parliament has voted in favour of putting his suggestion to a vote. Whether they then will vote in favour of suspending the trial, remains to be seen.
What is clear, however, is that if Parliament votes to shield the former Prime Minister from accountability, then this will lead to further disillusionment with the political system as a whole. Our elected leaders will have proven to be truly above the law, and those desiring change will want nothing to do with such a system. Perhaps this is exactly what the Independence Party is counting on, for it is the best way to make sure that nothing will truly change.