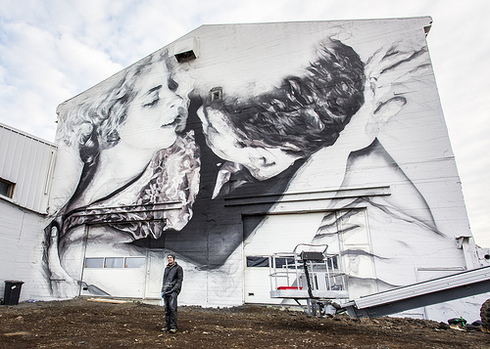 —
Go see his pieces on Vesturgata.