Drunken Behaviour: Then And Now

I the undersigned Þórður Magnússon from Auðsholt deem the ill words that I spoke about the brothers Guðjón Erlendsson from Sviðholt and Magnús Erlendsson from Gróf, both in Reykjavík and Árnessýsla county, both whilst drunk and sober, as meaningless. I confess that these outrageous comments were completely without cause or reason. I ask them to forgive me for my blunder.
Sviðsholt, July 5, 1894
Þórður Magnússon from Auðsholt.
Witnesses: Magnús Þorgilsson,  Gísli Þorgilsson
I withdraw the offensive comments that I made about my foreman, Jóhann Bjarnason, as they were spoken in a bout of ale-madness [in Icelandic, “ölæði,”], and I have no desire to attack his integrity. It should be noted that I was hired as a deckhand on his ship for the coming spring, and we have mutually agreed that my contract shall remain in effect.
Bolungarvík, March 31, 1896
Guðmundur Sölvason
Witnesses: Sigurg. Bjarnason, Ásgeir Jónsson.
I wholeheartedly agree with the above written announcement. Jóhann Bjarnason 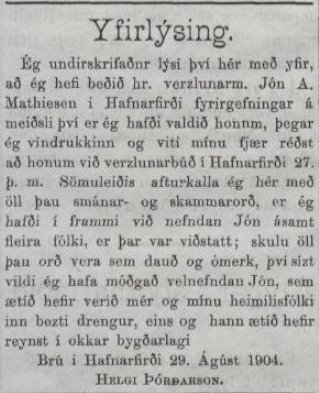 I the undersigned declare that I have apologised to the merchant Jón A. Mathiesen from Hafnarfjörður for the injuries I inflicted on him when I attacked him, while drunk and completely out of my mind, in a shop in Hafnarfjörður on the 27th of the last month. Likewise do I withdraw all the abusive things I said to him and the people who were present, as I would not like to offend the honourable Jón, who has always been kind to me, my people, and our county.
Brú in Hafnarfjörður, August 29, 1904
Helgi Þórðarson

(Translated and compiled by Tómas Gabríel Benjamin)
It’s no secret that Icelanders love drinking and a good debauched night on the town. And more than just drinking, Icelanders love to talk about drinking. Several Facebook groups serve as a forum for these stories, the biggest of which is called ‘Játningar Af Djamminu’ (‘Party Confessions’). These tales regularly involve alcohol-induced shenanigans, black outs and unexpected romantic encounters. Below are some of the best stories that we’ve found, translated for your pleasure. 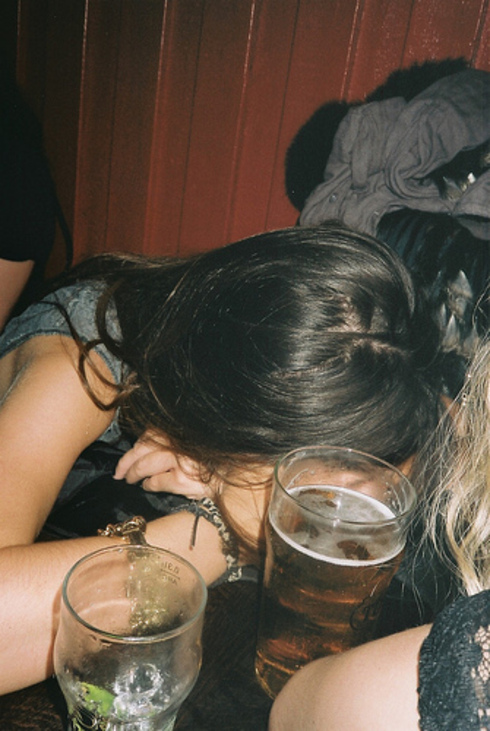 A girl, a pizza place and a tanning bench
Exams were over and I was out celebrating with friends. By midnight I was really drunk, so I decided to head home, stopping at a pizza place on the way. I started acting a bit crazy when I got there, and the members of staff happily went along with it. Their shift was almost over so they invited me to a party with a few friends of theirs, and for some reason I said yes.
When we got to the flat, we continued partying and drinking, so I got even drunker. I saw a tanning bench in the middle of the living room, which the owner of the flat invited me to try out. I thought it was a great idea so stepped in wearing nothing but my knickers and vest [incorrectly known as a tank top in the US]. Then I’m not sure what happened, but a combination of alcohol, heat and exhaustion made me pass out.
When I woke up after god knows how long, I found myself alone in the flat and still in the bench. And the bench was still on. I was so badly burnt that I had to be rushed to the hospital.
I’ve never set foot in that pizza place since. 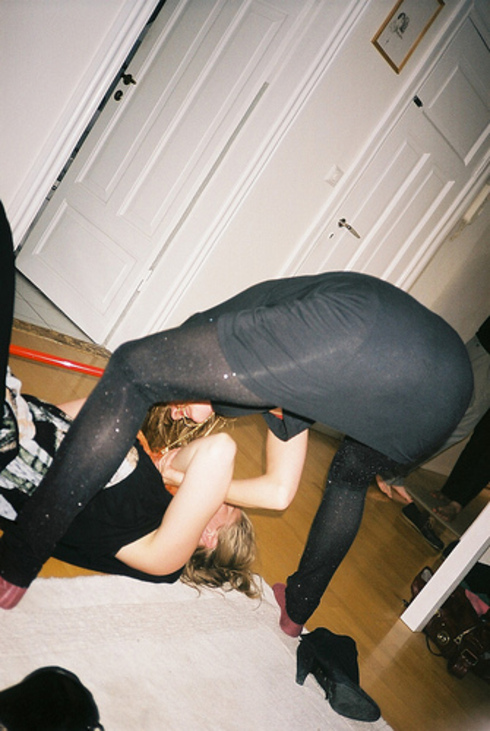 The dangers of online (drunk) dating
This one time I came home from partying downtown, completely drunk, so I decided to do something crazy and create a fake account on [Icelandic dating site] Einkamál.is. I went to the chat room and a really fun cute guy started talking to me. He asked me to turn on my webcam, complimented me, and told me how beautiful I am, so I decide on a whim to flash him. This gets him super excited and asks me to meet up with him. Suddenly I notice I have a ridiculous amount of comments on my profile, and after reading a few of them I realise I hadn’t just flash the cute guy I was chatting to, but also about 50 other horn dogs in the chat room.
I recommend against going onto dating sites whilst under the influence.

Not everyone is meant to be Captain Jack Sparrow
I was in a Halloween party on the second floor, completely wasted and dressed as Captain Jack Sparrow. At one point that night the police showed up, and in my intoxicated state I shouted at them: ‘Gentlemen, you will never forget this day that you almost caught Captain Jack Sparrow,’ and leapt out of a nearby window.
I did end up in the police car that evening with two broken legs.

Next time just crash at your friend’s place
Last Friday I went with my friends to a party. We drank a lot before moving somewhere else, where a friend picked me up. We talked together for a really long time in her car, and at six in the morning I left to go home, only to realise I had forgotten my keys somewhere. In my inebriated state I got the great idea of climbing onto the roof and getting in through the window to my room.
When I had almost reached it, four metres from the ground, I slipped and fell backwards. My fall was broken by an outdoor hot tub, and the next thing I know I’m in the hospital with three broken ribs and a bill for a new hot tub lid.
I had tried breaking into the wrong house. 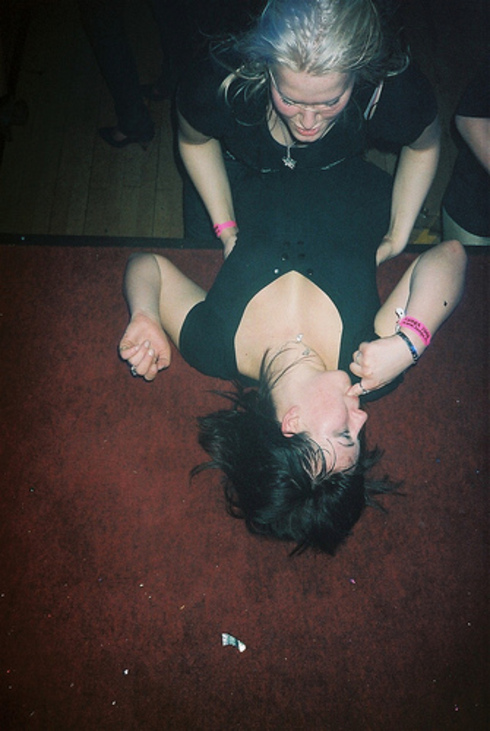 Bad decision breeds unforeseen consequences
I went home with a guy I met downtown, and we lost the condom we were going to use, but decided to have sex anyway. One morning-after pill and a few days later, I was on the toilet after feeling like my period had started, which was obviously a cause for celebration for me.
All of the sudden I felt something making its way out of my fanny, and I thought to myself ™wow, my period has never felt that funny!∫ I looked into the toilet basin, and `lo and behold, the missing condom had made its way out after living inside me for three days!
Now I wonder if there’s anything else hiding in there that I don’t know about.