Hooray! We turned ten this year. For a humble street rag like Grapevine, turning ten is a pretty big deal—we barely expected to make it to ten issues (and, indeed, all of our contemporaries from the Reykjavík’s street rag market have long since bid farewell… miss u, Undirtónar!).
To celebrate our decade of existence, we thought we’d get a little introspective and reprint some choice articles from the past that are for some reason significant, accompanied by commentary and even updates. Call it a “blast from the past” or “a look into the dark cauldron of time” if you want to—we call it fun. Thus, for ten issues, expect a page dedicated to a year of Grapevine’s existence, starting one issue ago, with a look back into magical 2003.
In issue 11 2013 we looked at 2007, our fifth year of existence when Sveinn Birkir Björnsson was editor. These are some of his reflections!
— 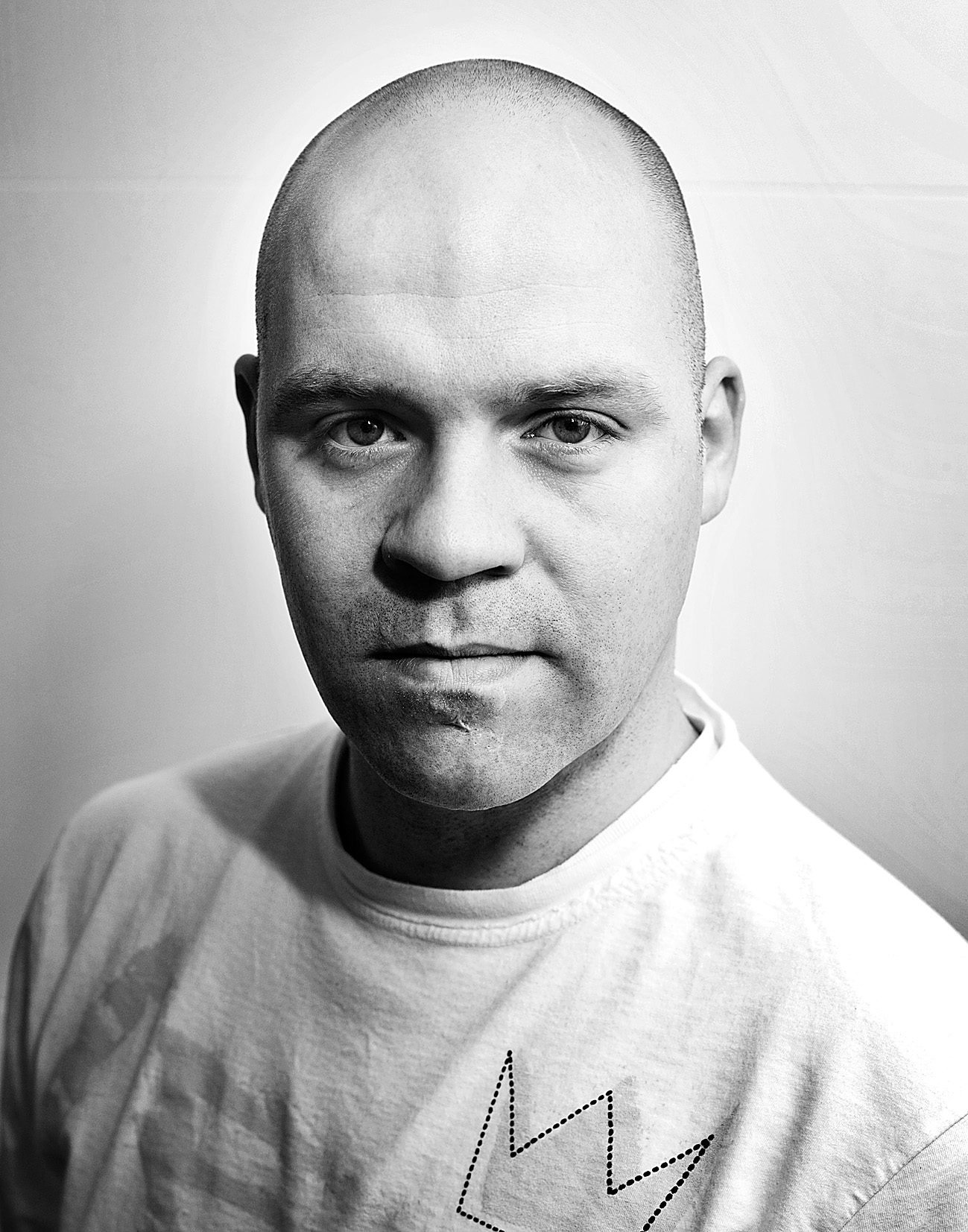 Ah, 2007, the high watermark of pre-financial collapse Iceland. A time when even shit smelled like roses. They say hindsight is 20/20. And looking back at 2007, it is easy to see how all the signs pointed towards our imminent demise, financially speaking. I would like to say that the Reykjavík Grapevine was the lone voice of dissent at the time, but I would probably be overstating our importance. The Reykjavík Grapevine did, at the time, publish quite a few articles that touched upon the morality of this thing, examining a society that was increasingly being corroded by the unholy alliance of politics and finance. But we didn’t do enough. No one did. And frankly speaking, I am not sure what it would have required at the time. The addict never listens until he finds himself at the bottom.
I remember we had parliamentary elections that year. The opposition at the time received 52% of the popular vote, but still ended up one MP short of a parliamentary majority due to district alignments. I remember because I wrote about the shortcomings of our electoral system then. We wrote about tourism, we wrote about environmental issues and we wrote about the value of the creative industries. These matters are still at the heart of our political debate today, and lately, they seem to be falling by the wayside in an attempt to recreate the conditions that made 2007 possible in the first place. Addiction is a powerful thing. 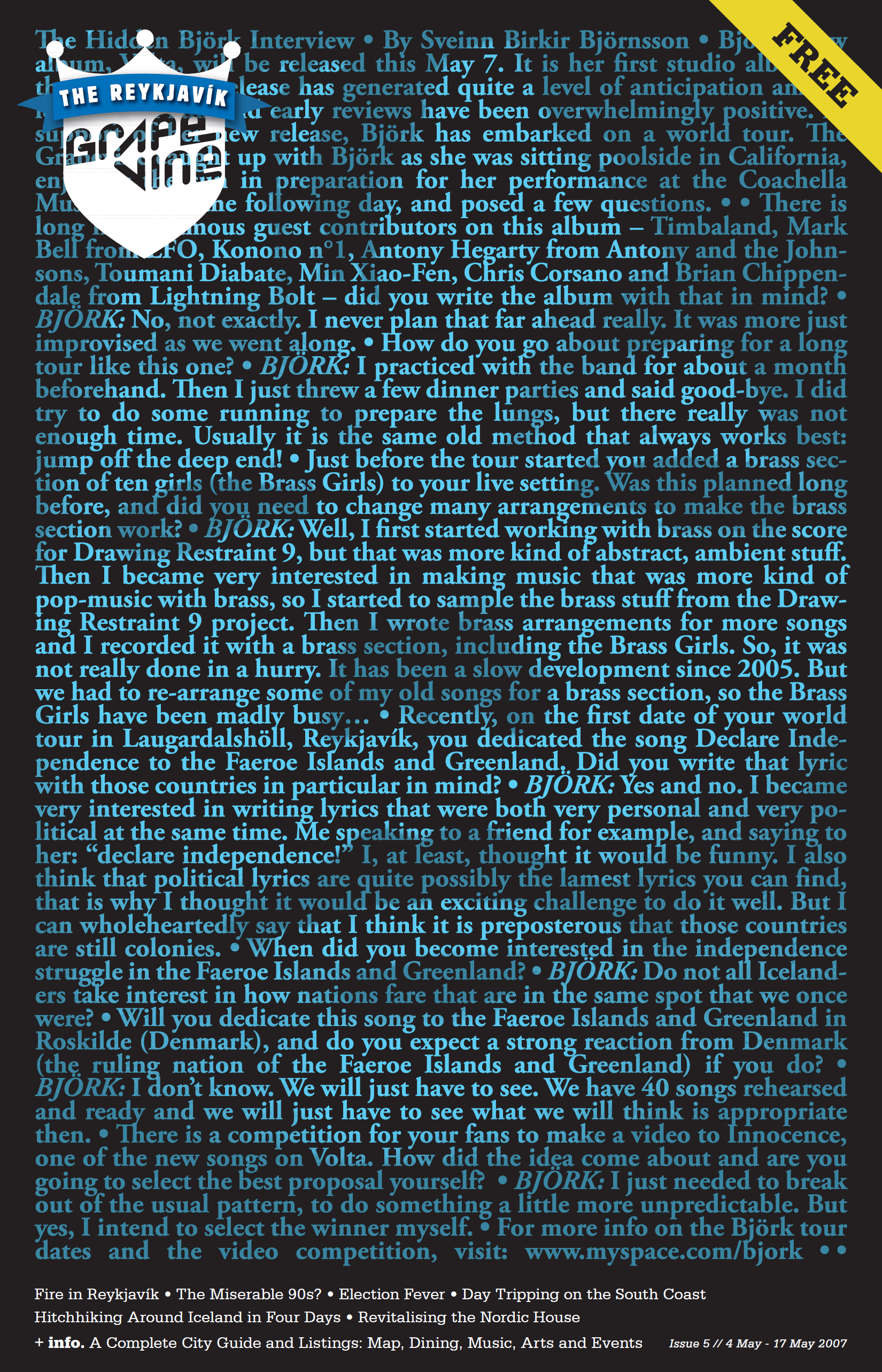 In December, journalist Steinunn Jakobsdóttir wrote about the last days of the bar Sirkús, which was located in an old house in an area slated for redevelopment. It is nearly impossible to put into words what Sirkús was, especially to someone who wasn’t there. Especially five years later. A cultural institution is a description, but it falls short. Cut to 2013, and that same scenario is being recreated again over concert venue NASA, which is closing down to make room for redevelopment. The more things change, the more they stay the same. Which is great, because the second time around, it is so much easier to feign cold-hearted cynicism. I mean, who needs culture, anyway?
All along, though, The Reykjavík Grapevine brought you the best available coverage of Reykjavík culture. We talked to artists, filmmakers, musicians, and loads and loads of interesting people who made (and still make) Reykjavík such an incredibly vibrant place. We did our best to let you in on the secret. Point out the places to be and things to see and give you the best possible experience of this little enclave of a city. And most of the time, I think we did more than a decent job of it. God knows we spent enough time in dingy bars doing research.
There is a lot to remember from that year. We interviewed Björk, and hid the interview inside our cover design. We published a long interview with drummer Sigtryggur Baldursson, who has served as the metronome for something like four generations of the Icelandic music scene. I enjoyed an ongoing series by photographer GAS, called Scenes From Suburbia, documenting the Reykjavík that most visitors are likely to miss. I also remember Fabrizio Frascaroli’s multi-part series “The Lonesome Traveller,” where he wrote about his experience of walking across Iceland. It was a feat, both physically and mentally, spending weeks alone walking across the Icelandic interior, and his writing often managed to capture that sublime experience. I also remember it was a lot of work to edit.
I’ll admit, I did not particularly envision The Reykjavík Grapevine at this stage. Ten years old, and still representing the grassroots of Reykjavík. But, I am glad it is still here.
Scenes From Suburbia by GAS: