Doppelgängers are a mystery. Why does Russian President Vladimir Putin totally look like the Italian merchant Arnolfini in the haunting masterpiece by Jan van Eyck, painted in 1434? And how did Saddam Hussein find the look-alikes that he allegedly employed as his stand-ins? We set out to find look-alikes of Icelandic people, and this is what we found. 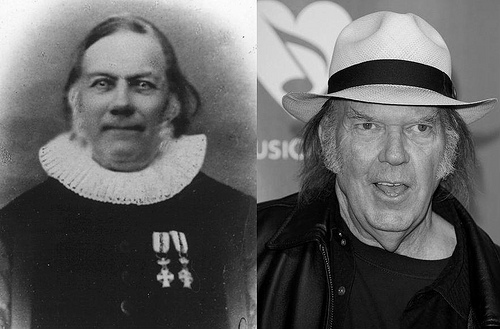 Neil Young is from Winnipeg, Canada, where many Icelanders settled. Is he a descendant of Helgi Thordersen (1794–1867), who was the Bishop of Ice-land and a politician? 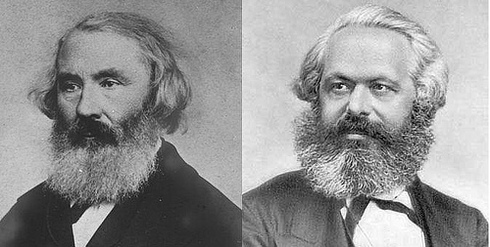 Jón Pétursson, editor and a Member of Parliament (1812–1896), and Karl Marx (1818–1883) were look-alikes and of the same generation. A meeting between those two would have been surreal. 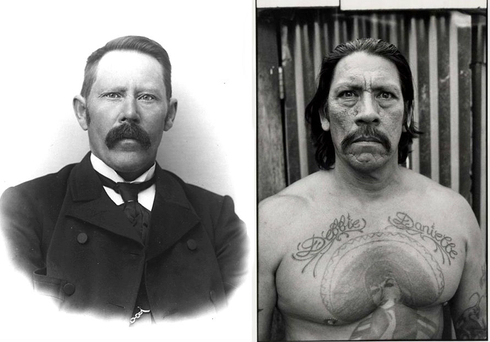 Despite his looks, Guttormur Vigfússon (1850–1928) was just another Icelandic farmer and Member of Parliament, and had nothing to do with train rob-beries in the Wild West. But can we still make a film about him, please? Meet the actor who will portray him: Mexican badass and former jailbird Danny Trejo. 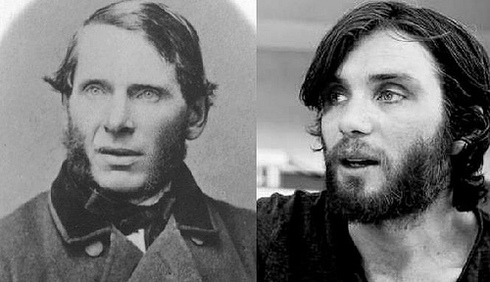 Grímur Thomsen (1820–1896) was a gifted poet of the romantic era and a Member of Parliament. Perhaps someone like Steven Spielberg could make a film about his life? Irish actor Cillian Murphy is perfect for the leading role.
—
Helgi Hrafn are editors of an Icelandic web magazine called Lemúrinn (Icelandic for the native primate of Madagascar). A winner of the 2012 Icelandic Web Awards, Lemurinn.is covers all things strange and interesting! Go check their website out.