For the last few years, the only full sized Viking festival has been held in Hafnafjörður by Rimmugýgur society, but now their Reykjavík counterparts, Einherjar, have stepped up their game. They had planned to host their first festival in 2014, but after losing one of their dear friends Ingólfur Júlíusson to leukaemia earlier in the year, they decided to speed up preparations and stage an inaugural festival this year.
Before the festival, I met up with the earl of Einherjar, Gunnar Víking Ólafsson. Sitting down in one of Hressingarskálinn’s booths, the broad shouldered, two-metre tall giant looks like he would be more comfortable with a sword by his side and a drinking horn in his hands than a glass of coke. Sitting next to him is his cousin, Tryggvi ﬁorleifur Laurum, who is equally blond and bearded, and we converse in great depth about the culture of Vikings and the upcoming festival. If they wouldn’t have their hands full with Einherjar, I would have thought them to fit in with another band of bearded men who routinely say: “winter is coming.”
Gunnar and Tryggvi quickly identify themselves as storytellers, teachers and Viking enthusiasts, but do not claim to be academic scholars. Gunnar’s interest in the culture came from growing up close to the statue of Viking explorer Ingólfur Arnason. Feeling that Icelanders were not connecting with their cultural roots, he wanted to give the City of Reykjavík something to be proud of, promoting this ancient shared heritage. 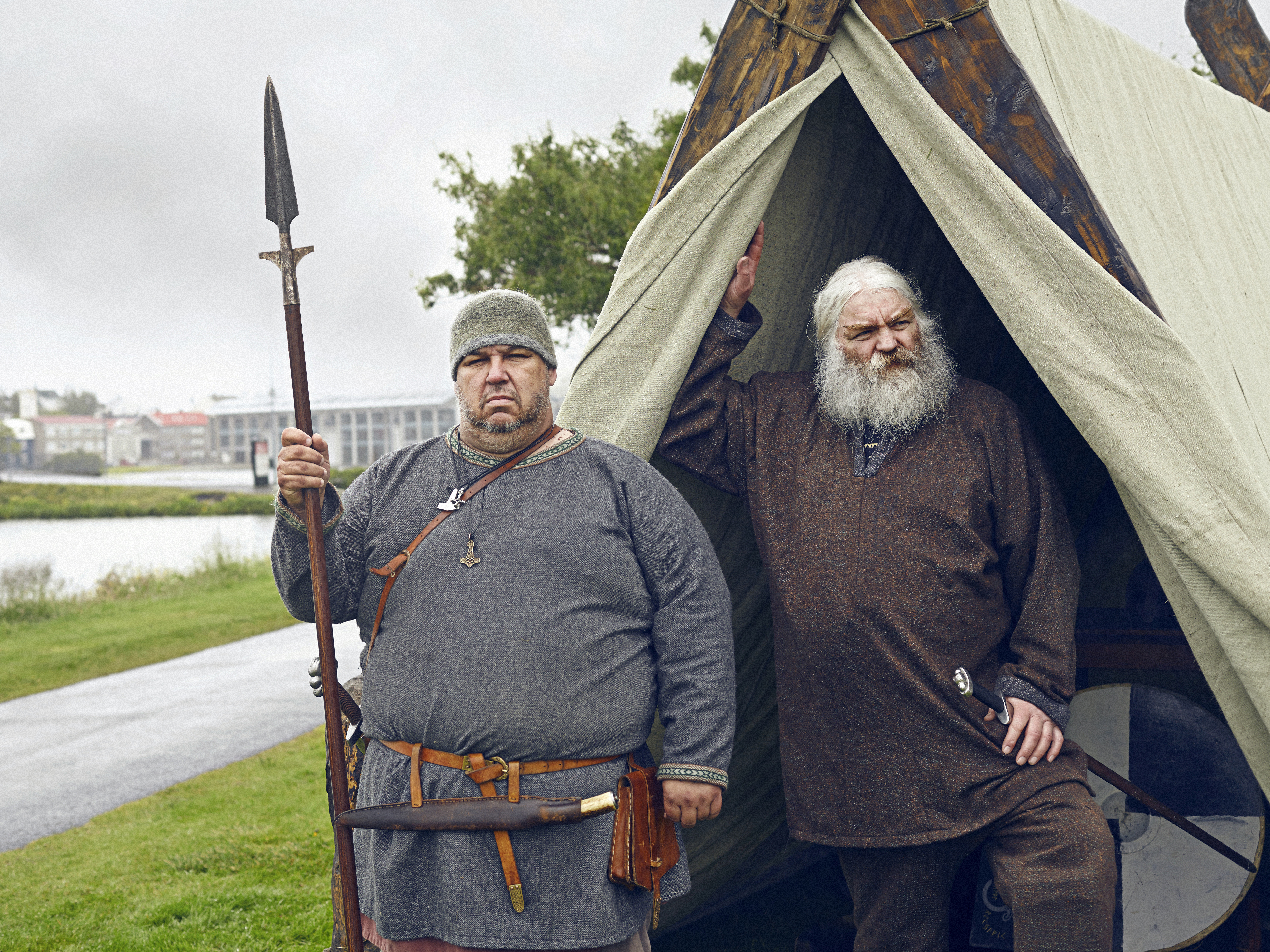 The birth of Ingólfshátíð
To this end, Gunnar organised the Ingólfshátí› festival in Hljómskálagar›ur public park. It is named after Ingólfur Arnason, but the first festival honours their friend Ingólfur Júlíusson. The city of Reykjavík was supportive and eager to make the festival happen, and most of the Einherjar team volunteered their work. Gunnar gathered artisans and woodcarvers and a horse master to bring steeds to parade through the park with fully armoured riders. He even managed to get a British medieval society to join in and help them out.
Gunnar and Tryggvi were beaming with enthusiasm as we finished our drinks. They spent a lot of their resources travelling and researching the subject in order to paint a more complete picture for others to enjoy. They may have been overly optimistic about the historical accuracy and completeness of said vision, but I was excited to see what would happen. 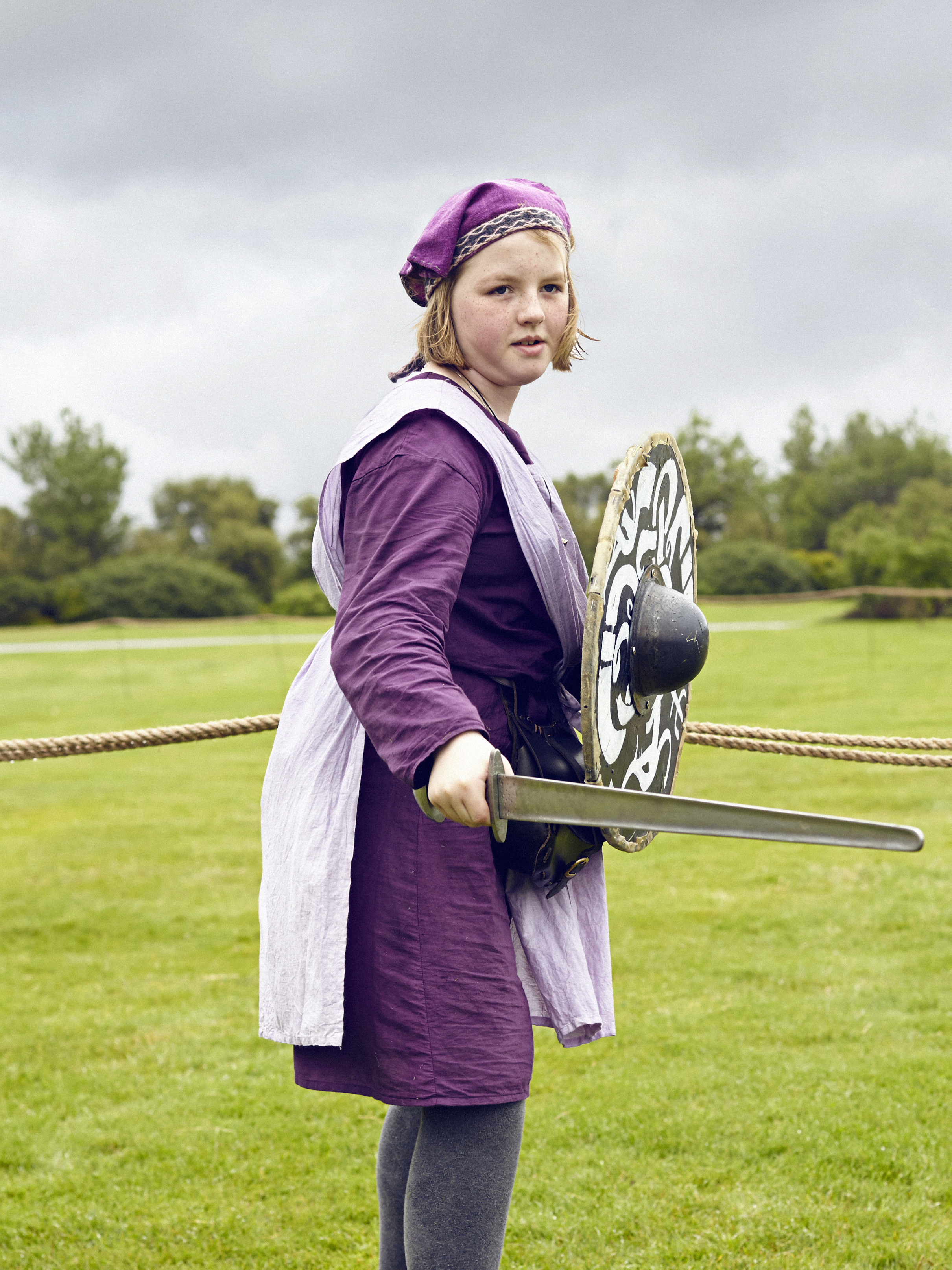 Kids losing their shit, Viking style
Checking out the second and less rainy day of the festival, I was immediately astonished with how much they managed to get done with so little, and how buzzing with activity the festival was. Nested on the East side of the park, there were six tents with large and heavy wooden beams, one memorial tent, and an area sectioned off for the horses and mock fights.
By one tent, children could have a go at each other with wooden weapons and shields. A costumed man was acting as judge, teacher and commentator, explaining the rules briefly before spurring those who lost to let out a good death cry.
There was also an old Viking game of Kubb laid out, which involves hurling sticks at targets. Despite today’s children being raised on video games, they absolutely lost their shit when their turn ended, enamoured with old-school analogue entertainment. 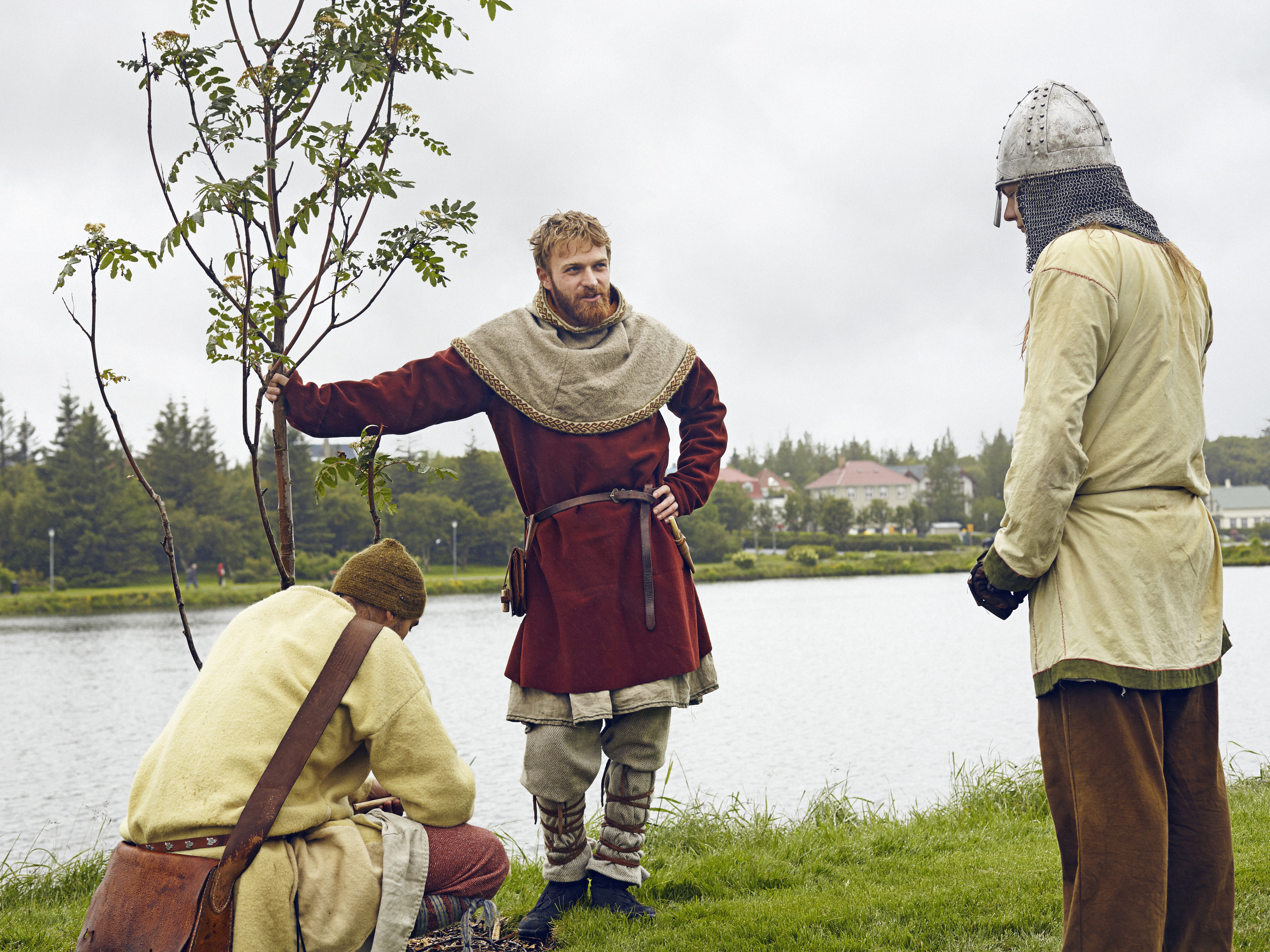 A longboat in the pond
Another tent had helmets, shields and swords on display for people who wanted to see what they’d look like dressed up as Vikings. Several of the other tents had market stalls with memorabilia and jewellery, but there was unfortunately no food or drink to be found.
The final tent, sitting apart from the rest, was a shrine to the aforementioned Ingólfur Júlíusson. Its wooden beams were darkened, almost charcoal, and members of Einherjar took turns as honour guards outside it with a spear in hand. Inside rested a black and white picture of Ingólfur, as well as his sword and helmet.
The whole festival was booming with potential, but Tryggvi told me it was “held together with duct tape.” Einherjar, and the people I spoke to, all want the festival to be bigger next year. The organisers had learned a lot from the experience, and even talked about getting a longboat into the pond! And I don’t know about you, but I would love to see that! 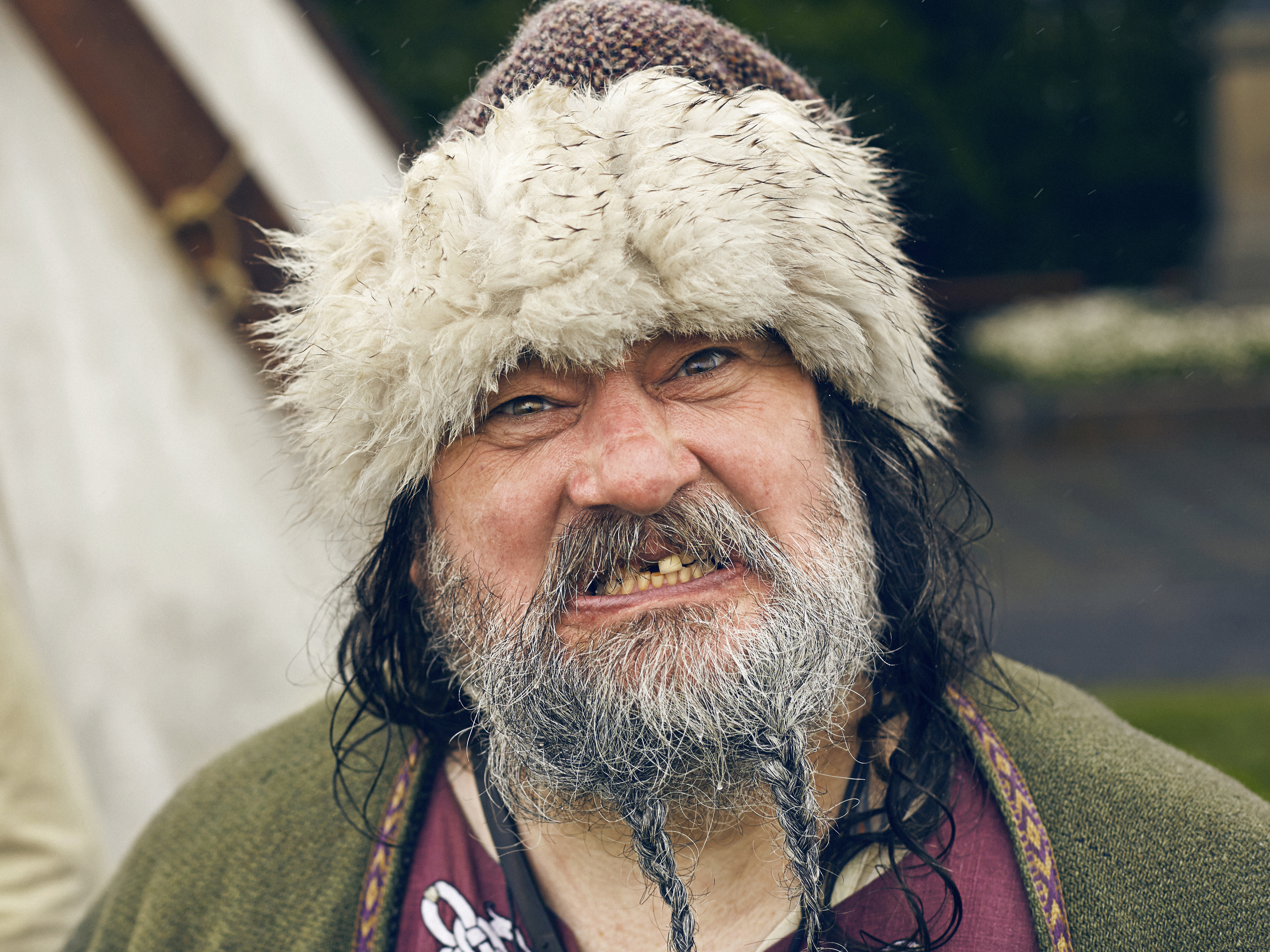