After reading our “Best Of Reykjavík” issue, you may be wondering if there is anything Reykjavík, or Iceland at large, isn’t “The Best” at. “Average Iceland,” a Tumblr blog created by Grapevine intern, Parker Yamasaki and Red Cross intern, Morgan Mead, is refreshingly dedicated to all things completely average in Iceland. This blog, unlike so many texts that target tourists, isn’t afraid to say Iceland is “just okay” in many respects.

“Average Iceland” covers everything from “garden-variety gardens” and imprecise Google maps of Iceland, to “passable” venues and “thoroughly ordinary” views (note that many of these pictures are far too average to publish). “Interested in Iceland? Want to find out the most beautiful spots in Reykjavík, or the coolest thing to do, or the nicest bars?” Morgan explains, “Then this blog isn’t for you. Myself and Parker tried all the average things, so you don’t have to.”

It’s easy to romanticize Iceland, what with its remote location, ancient language and powerful yet delicate nature (to start), but Iceland shouldn’t put so much pressure on itself to be the best at everything all the time. Parker and Morgan remind us all that sometimes it’s okay for Iceland to be just okay. We still love you Iceland.

If you’ve ever wondered why so few Icelanders openly reject tourists, it might have something to do with the fact that foreigners are often the first to proclaim Iceland as the best country in the world or the home of the best (fill in the blank). Without this ego stroking, who knows how Iceland would survive those long dark winters.

Yet after the honeymoon ends and the tourists pack up as the warm glow slowly fades, those who stick around are forced to reconcile the day-to-day and the run-of-the-mill. It is only after recognising and accepting these flaws that you can attain a deeper love and understanding of Iceland. Parker and Morgan’s attention to detail shows that they embrace daily banalities as extraordinary in their own right.

If you have encountered something incredibly average about Iceland in the course of your travels that you would like to share, pass it along to Parker and Morgan at averageiceland@gmail.com. 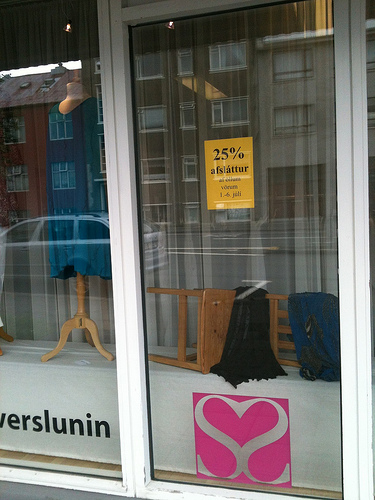 “it is very clear to us that this is both the most incredible and the most average window display in the whole of reykjavik. we double checked inside, and that chair was most definitely where they wanted it. AND THERE’S A SALE ON.” 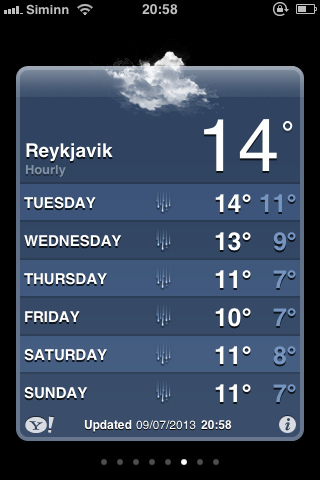 “this picture is so depressingly average that we almost didn’t upload it because we had no desire to look at this forecast again, ever.”