Was Reykjavík A Shithole In The Seventies?

“This is the ugly city of my youth,” wrote the prominent writer Guðmundur Andri Thorsson about a Facebook album of photos taken when he was a teenager in Reykjavík during the seventies.
It was clear after the photos had spread through the Icelandic social media channels that the majority who witnessed—or should we say survived—the seventies in Reykjavík were not particularly nostalgic for the period, which was dominated by high inflation rates and the Cod Wars (confrontations with Britain over fishing rights in the North Atlantic).
But why was Reykjavík “uglier” then? One reason might be that many of the old houses in the centre were decaying as the movement for the preservation of historic buildings did not gain momentum until later. There were also no tall trees or bushes. And Reykjavík was definitely not a cosmopolitan city in the seventies. There were hardly any bars or clubs, and beer was strictly forbidden. The winters were colder and the colours seemed to be greyer than they are today.
— 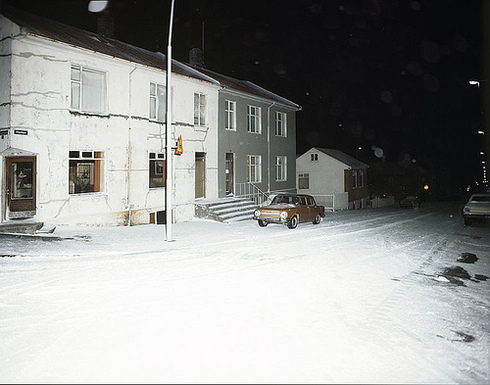 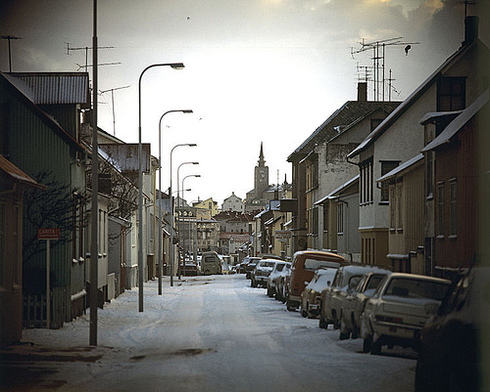 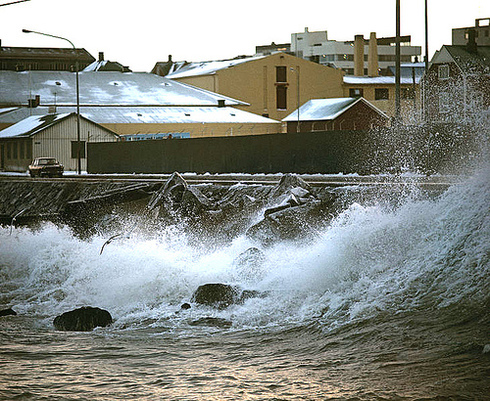 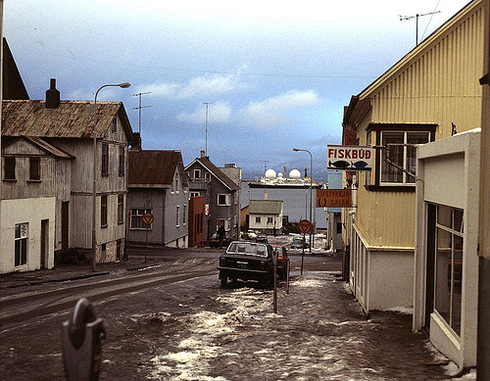 Frakkastígur in January 1974. Soviet satellite tracking ship Kosmonaut Vladimir Komarov is in the background. It was often seen in the Reykjavík harbour during the seventies. 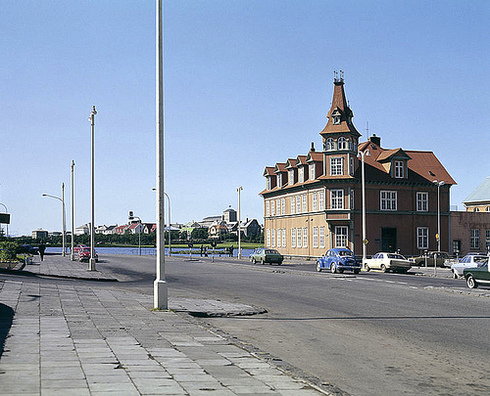 Lækjargata and the pond, September 1975. 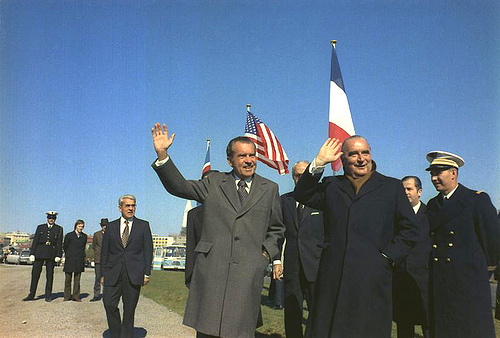 US President Richard Nixon and French President Georges Pompidou met at Kjarvalssta›ir art museum in the summer of 1973. His first night in Iceland, Nixon went for a spontaneous midnight walk from the U.S. Embassy to the nearby pond Tjörnin. Only two bodyguards and two Icelandic policemen accompanied Nixon, who stopped by every person that he met and greeted them, especially the kids. “Everybody knew him, and the people welcomed him, except for one man, who was quite drunk and wanted to give Nixon a lesson,” one of the policemen said later in a newspaper interview.
Photo Credit: Oliver F. Atkins
Werner Herzog in Iceland, 1979 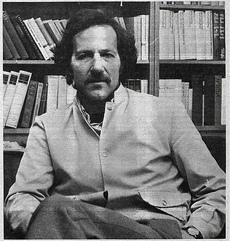 Icelandic filmmaker Friðrik ﬁór Friðriksson, who began his career in the ‘70s, tells this story about German director Werner Herzog’s visit to Reykjavík:
“Werner Herzog came to Iceland in 1979—at that point there was no film production in Iceland. At a press conference he was asked whether he believed there would ever be an Icelandic Cinema. He answered that he did not expect there to be. He had just arrived from Peru where he had been shooting ‘Fitzcarraldo.’ There he had seen such pain in the streets of Lima, but there was no pain on the streets of Reykjavík, and he believed pain was necessary for cinema.” At that point I stood up and told him ‘we have pain on the brain, Mr. Herzog.’”
Photo Credit: Tíminn newspaper
—
Helgi Hrafn Guðmundsson is one of the editors of an Icelandic web magazine called Lemúrinn (Icelandic for the native primate of Madagascar). A winner of the 2012 Icelandic Web Awards, Lemurinn.is covers all things strange and interesting! Go check it out at www.lemurinn.is.