The Eight Presidential Candidates, So Far…

The Icelandic presidential elections are less than two months away and the race is heating up. For the first time ever it looks like incumbent President Ólafur Ragnar Grímsson will be getting a run for his money. So far eight candidates have announced their intention to run, with a ninth intending to join them soon. At the moment it’s looking like a two horse race between the two most polarising candidates in the media, Ólafur and Þóra Arnórsdóttir. However, Andrea Jóhanna Ólafsdóttir, chair of Hagsmunasamtök heimilanna (“The Coalition of Home Owners”), announced her intention to run just before we went to print so hold off on placing your bets just yet.
The incumbent 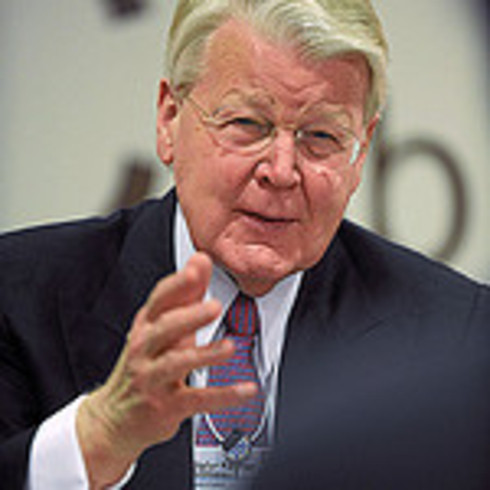 Ólafur Ragnar Grímsson has been leading a rollercoaster ride of popularity since the 2008 economic crash, leading some to want to stay on his ride forever, and others wanting to head for the nearest toilet. Although he implied in his New Year’s speech that he would not be going for a fifth term—and left us hanging for months—he ultimately decided to run after receiving a petition of approximately 30,000 signatures urging him to do so.
Wanting to protect people’s interests in “the ongoing political turmoil,” Ólafur told newspaper Morgunblaðið that he intends to step down if the political situation becomes stable within his term. After serving for four terms, if he wins the election, he will be the longest serving president the country has seen.
The television personality 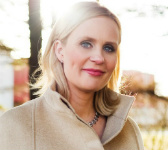 In her announcement to run, Þóra Arnórsdóttir said “there is a need for a new tone in the national debate.” She is a former journalist and television reporter who has made headlines with her pregnancy; she is due to have a baby in May. Þóra has made it clear that women of childbearing age should not be disregarded from running for office. “I will take care of my children as I always have, as a full-time worker,” she explains on her Facebook page.
At 37 years old, some are worried that the nation will continue to pay a president’s salary for too long after she has left office, but she disagrees. “The law changed on this matter in 2009 and any president elected thereafter will receive six months pay upon leaving office and then get paid the same pension as others in civil service,” she stated on Facebook. Furthermore she added, “I don’t intend to retire until I’m in my seventies.”
The mountaineer 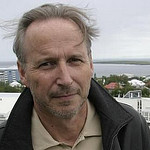 Ari Trausti Guðmundsson is a writer, geophysicist and former TV weatherman who has climbed at least 150 mountains, published ten poems, speaks five languages, and used to be a radical communist. In an interview with state broadcasting agency RÚV, he said his role would be to promote “more responsibility, fairness and humanism.” He stated that he thinks it is very important to increase our connection to the environment and that the president’s role should be more home based than abroad. pundits place him in a strong position as a popular figure in Icelandic society and ask whether his decision to run will affect Þóra or Ólafur in splitting support between candidates.
The professor 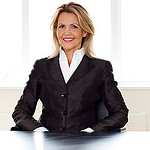 Herdís Þorgeirsdóttir, a human rights and law professor at Bifröst University, has multiple degrees and a doctorate. She states on her website that she stands for human rights and democracy and that her candidacy is “an experiment to see if the nation is ready to support a candidate against an incumbent president and financial powers in Iceland.”  She argues that the president’s role should not be to take the easy road, but to stand up for democracy. In the past she has also been heavily critical of the corruption in politics surrounding the economic collapse and recently the media, specifically on what she considers its misuse of news sites Vísir and DV’s online polls.
The humanist 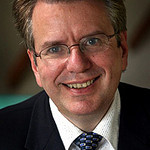 Always the bridesmaid, never the bride, Ástþór Magnússon is running for the third time. He is an educated photographer, an entrepreneur, and a declared humanist who wants to make the presidential role a symbol for world peace. He set up the international organisation Friður 2000 (“Peace 2000”) in 1995 and has reportedly gone on many humanitarian missions since. A much debated, often ridiculed, figure, he is also one of the only people in Iceland who have run against Ólafur in the past. Ástþór has often criticised the media for unfair coverage. Recently, in an open letter to National Broadcasting Service RÚV, he asked whether “candidates should not be allowed to introduce their policies to the nation without financial powers or cliques spoon feeding the people who to vote for.”
The working man 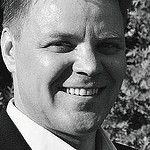 Hannes Bjarnason is a former farmer who has lived and worked in Norway for the past 14 years. His decision to run is based on his observations of the political situation in Iceland. With dismay, he claims to have looked on at the breakdown of values in the nation and wants to bring morality back into the national debate. In an interview with DV, Hannes stated that he counts himself as a representative of working people in Iceland. He has experience in a number of vocations, including carpentry, hotel work, food vending, and slaughterhouse work. As president he says he would safeguard the nation’s interests.
The detective 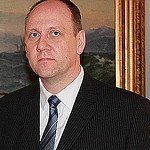 Jón Lárusson has worked as a detective inspector on financial fraud investigations in Reykjavík since 2008. Jón is apolitical and stands for democracy, favouring the people’s vote over decisions made in parliament or by the president. Jón is against Iceland joining the European Union, stating that it is not in the national interest. He also opposes suggested constitutional changes to the president’s power, arguing that while the powers have been abused, there is nothing wrong with the constitution itself. In a Q&A with DV’s readers Jón criticised Ólafur for getting too involved in the financial sector’s interests. He stated: “the president should support the working economy but should also make demands towards it.”
The firecracker 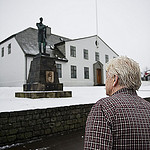 S. Valentínus Vagnsson is a 72-year-old man who was arrested for planting a bomb at the government offices in Reykjavík. He intended to plant the bomb at Prime Minister Jóhanna Sigurðardóttir’s house, but couldn’t figure out where she lived (despite all of Icelandair’s claims that she is listed in the phone book). He has not made an official announcement yet, but according to DV.is, he has collected over 2700 signatures of support outside the supermarket Bónus, amongst other places.
The activist 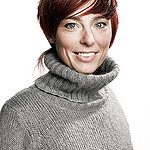 The polls
The most recent poll conducted by the Department of Social Sciences at the University of Iceland has Þóra leading with 49%, Ólafur in second with 35%, Ari Trausti 11.5%, Herdís 3%, and Ástþór, Jón and Hannes receiving under 1%. The media coverage has been heavily criticised, with candidates asking whether it will ultimately be the media or the public’s decision who becomes the next president. What do you think?