A FOREIGNER’S GUIDE TO THE CONFUSING WORLD OF ICELANDIC CELEBRITIES

While America is awash in third generation entitlematon celebrity and other fruit of Satan’s loins and the UK drags fame-starved Urukhais out of the Sing-Star mud to sate the gossip beasts, Iceland is content to contend with a different brood of idiots.
Most celebrities in Iceland are the kind of pointless fame whores who crave the spotlight like they need it for photosynthesis. But a good third of the bunch will be unwitting balls in a nationwide scrotum-adjustment.
Here’s a quick rundown of the latest celebrities in Iceland and how they came to be so excellently important.
JÓN STÓRI 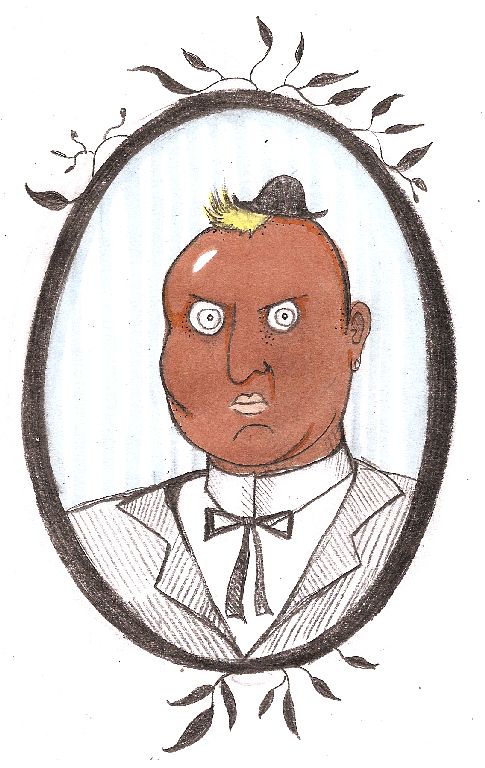 Jón Stóri is a sane, sober and not-at-all violent man who happens to sometimes assist people in tracking down stubborn debtors [please don’t kill me, Jón]. He landed in the spotlight following a couple of high-profile arrests. One involved a SWAT team invading his house after he was allegedly mistakenly seen brandishing a gun on his lawn. He turned to the media to complain about unjust profiling looking like a tweaking fridge that had been beaten with a mallet. A few months later he was taken into questioning over what was originally thought to be a racial dispute but turned out to be simple, run-of-the-mill violence. He turned to the media again to complain about this incessant profiling looking like a shaved grizzly bear running on mayhem-fumes.
He has now done countless TV and radio interviews and been the subject of a recent book. He is always unusually candid about his past and current activities and openly admits to it being fuelled by insecurity.
He was not available for comment as he was busy assisting us in collecting a debt from ourselves.
Points of reference:
Chopper Read, Charlie Bronson, loveable scoundrels, sizeable cannibals.
VALA GRAND 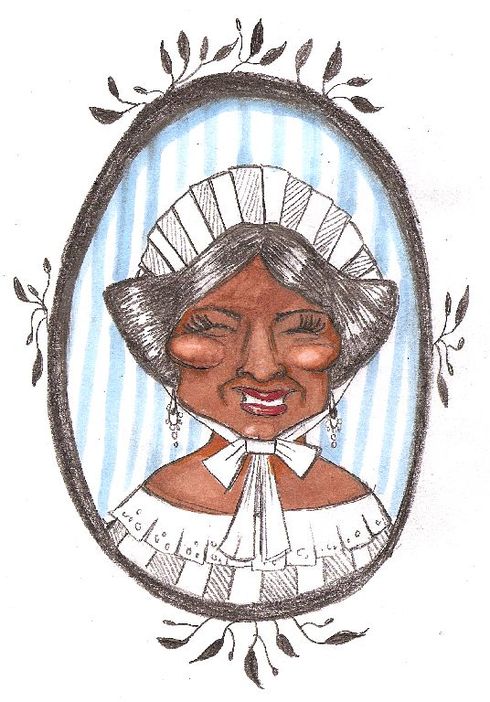 Vala is a post-op M2F transgender person of Asian descent. She may not be the first person to have that surgery done in Iceland but is at least the second transperson to become a media personality, with Anna Kristjánsdóttir being the first. But whereas Anna Kristjánsdóttir is a highly trained mechanic and prolific political blogger, Vala is armed with a camera and an attention barrel that needs filling. In 21st century Iceland, that means Vala is a clear winner.
Personality-wise, think valley-girl with a head injury. But that just amounts to Paris Hilton so that’s not particularly exciting. The true star of the show is Vala’s father, a massively endearing oldschool Icelander, who shuffles around, issuing compliments to Vala in a baritone grumble while she struts her stuff and tries to meet other celebrities. I don’t know his back story and I don’t want to know but I imagine him as a tipsy former sailor that’s been Twilight Zoned into a bad French farce and now he can’t seem to find an exit without running into a confused maid shouting her head off.
Thanks to her father we know the value of quietly going along with the insanity of videotaping your newfound daughter discussing her surgery in stomach turning detail. Thanks to Vala, the word ‘stafur’ (“cane”) will feed the nightmares of generations to come.
Points of reference:
David Cronenberg, Todd Solondz, purse dogs.
GILLZENEGGER AKA GILLZ AKA STÖRE AKA OL’ DIRTY BASTARD 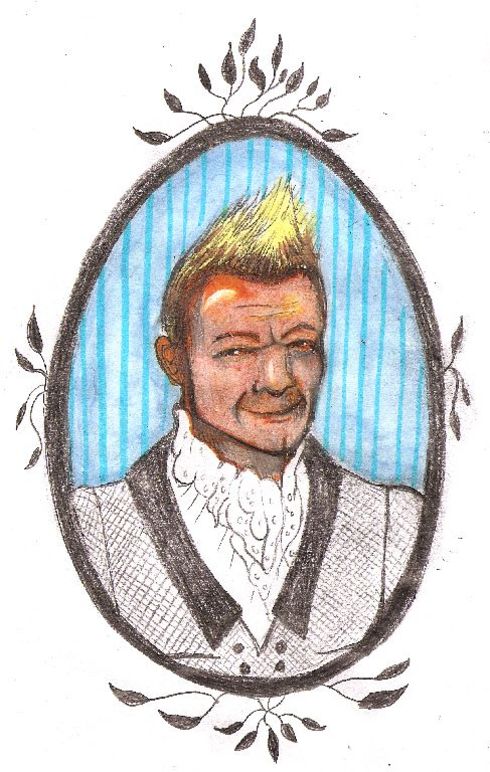 Iceland recently passed a law barring persons under the age of eighteen from tanning salons. Gillz is a large, vain tramp stamp on the national soul who’s only two talking points are a) Get tan! and b) Get beefed up! As the under 18s are his core audience, this might jeopardize Gillz’s future.
Gillz’ climb from humble chauvinist blogger to the top of the celebrity shitpile has been an amazing thing to behold. Using nothing but his upper-body strength and his ability to come up with super clever words for the lady bits, he was able to build an empire that included a television series, bestselling books, countless ads and walk-ons and more interviews than you can shake a stafur at.
His books contain tips on everything from pubic-grooming to pick-up lines and give an excellent perspective on the much-vaunted bibliophilia of Icelanders. Having come this far, I guess a measly tanning law is unlikely to quell the meteoric rise of this self-loving, selfappointed, self-help guru.
Points of reference:
Hilariously muscle-bound, orange and considers himself a comedian—clearly Carrot Top.
TOBBA MARÍNÓS 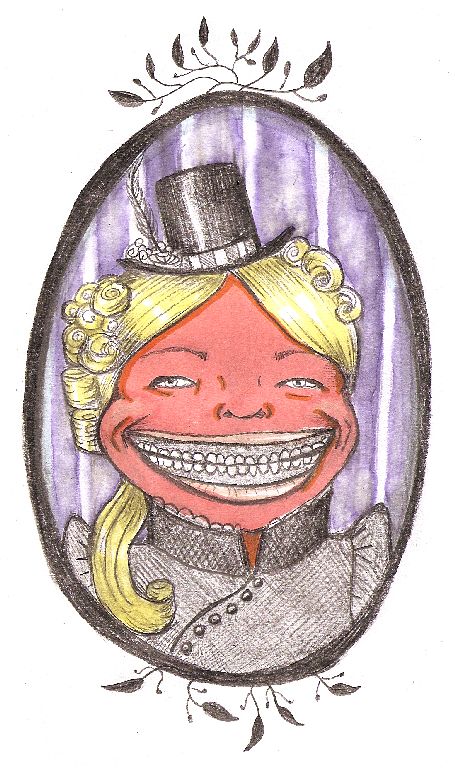 When Gillzenegger is busy at home in his skinsuit, listening to ‘Goodbye Horses’ and working through his issues with the female anatomy, he’ll sometimes send out a sentient garden gnome with a frighteningly wide glabella called Tobba Marínós.
Tobba is a dating advice blogger and gossip scribbler who thrust her way into the limelight sometime last year. Now best known as the author of some Carrie Bradshaw-esque monstrosity and an upcoming TV-series based on said crime against humanity (much better proof that God hates this country than that volcano aerial view that looked like Satan). As the female version of Gillz, you would think she would try to counteract his bare-assed misogyny, but instead she gangs up with Gillz in a pincer movement on sanity—a kind of lobotomized Robin to his Down’s syndrome Batman.
Points of reference:
Tracy Cox, Critters, Critters 2, Critters 3, Critters 4.
ÁSDÍS RÁN 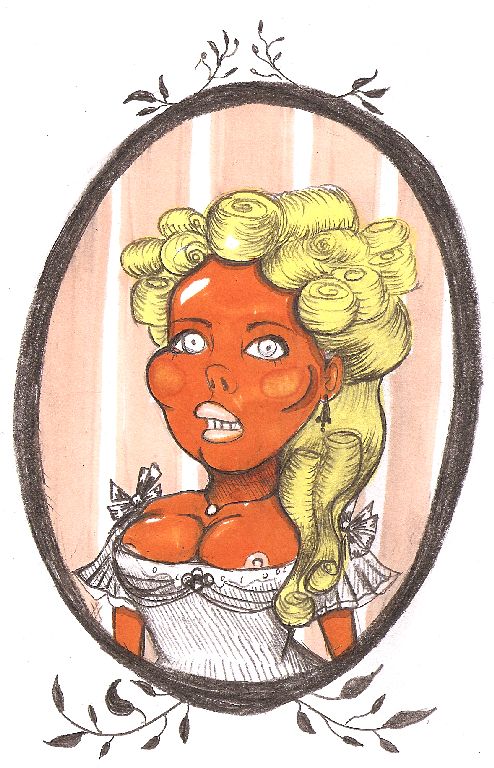 If Vala Grand is a repurposed vintage car that has been sent to the drag races with a mint V8 engine and a new chassis, Ásdís is more of a Honda Civic with expensive subwoofers and an oversized spoiler cruising for susceptible teenagers.
Playboy [Bulgaria] model, product spokesperson and exploiter of glacial analogies coming to a soft-drink event in an Eastern-European city near you. She has blossomed from a footballer’s wife traipsing around in her underwear to building a career as a model and launching her own cosmetic line… while traipsing around in her underwear. She has sometimes dressed that up as female empowerment.
She might not make a very convincing feminist but Ásdís has her bright sides—her tireless self-promotion and drive (not to mention tread!) is quite endearing and she’s not without a sense of humour about the whole thing. A kind person could say she is a miniature Jayne Mansfield. An unkind person would say that Ásdís Rán is the president-in-chief and sole member of the Advocates For the Amazingly Majestic Woman and Honestly Oawesome Ásdís Rán (also known as A.F.A.M.W.H.O.A.R.).
Points of reference:
Jayne Mansfield driving a Honda Civic.