Skyr. It’s creamy, filling, and good for you. It’s cheap. It comes in so many flavours. Everyone loves it. How could it get any better? Well brace yourself. For the last three years, The Icelandic Academy of the Arts (Listaháskóli Íslands, LHÍ) has been working on a project that is about to take skyr to the next level. Skyr confectionery. Yes, you read that correctly. The centuries old treat is entering the realm of sweet, decadent, white chocolatey goodness. 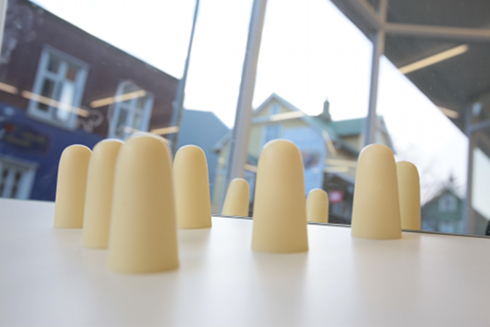 Skyrkonfekt is the new product LHÍ has been developing with local dairy farmers, and will go on sale at the DesignMarch Festival. The idea is so beautiful in its simplicity: a bit of skyr dipped in white chocolate. I met with Professor Sigríður Sigurjónsdóttir, who helped develop Skyrkonfekt. She immediately offered a taste of the new treat. I reached into the bag and found a small white truffle shaped suspiciously like a cow’s nipple. Unsure of whether to pop the whole thing in my mouth or take my time with a few bites, I decided to savour it. I bit down, breaking though the white chocolate shell to the smooth skyr inside, and it all melted together in a harmony of flavour. Further taste tests confirmed: Skyrkonfekt is simply divine.
WHERE DO THEY GET THEIR IDEAS?
The idea for Skyrkonfekt came about in 2007 in a six-week design course at LHÍ, Sigríður tells me. Students pitched new food ideas to professors, who eventually chose the skyr confectionery idea. They then set about recruiting a team of product designers, graphic designers, chefs, and professional tasters, and also received help from Matís, a research centre for the food industry. Sigríður was one of the professors who developed the course, with the objective being to get farmers involved in creating new products. “Farming is the oldest profession and design is one of the newest, so we wanted to get them working together.” Sigríður explains. She says that it is common for farmers to be uninterested in developing new food products, or simply unaware of how to go about it. But she hopes products like Skyrkonfekt will become an example of the value of creativity and design in the food industry. 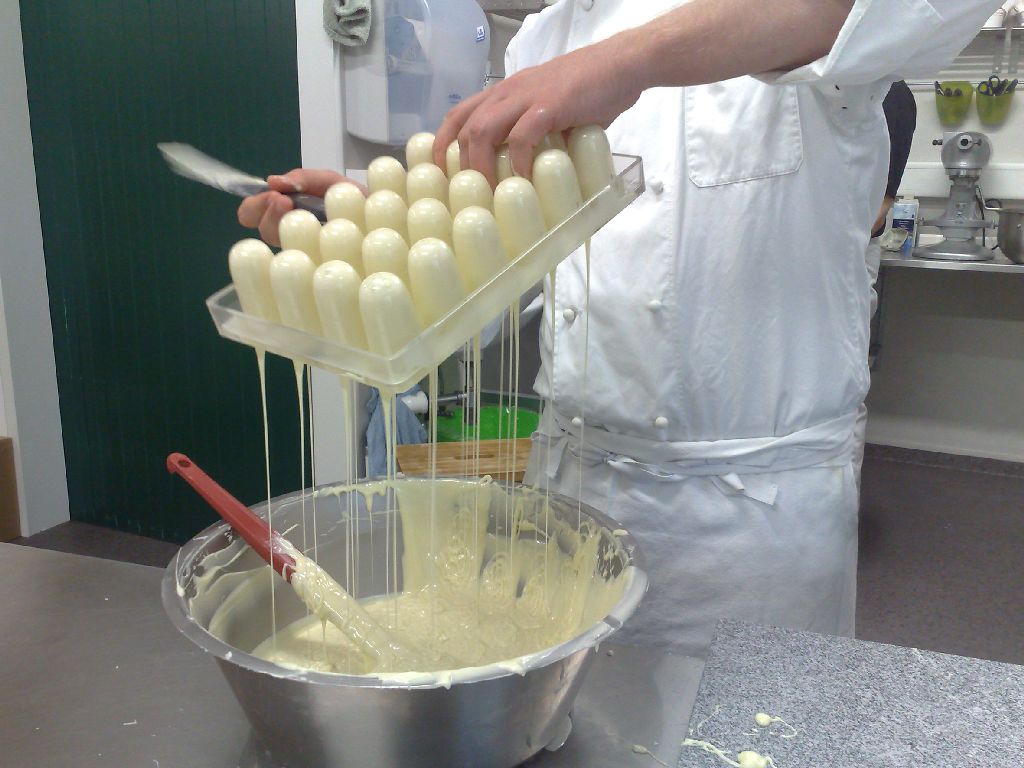 Skyrkonfekt also reflects the growing public desire for more locally grown food. “We have been seeing a large demand for local food, food that people know where it’s coming from,” Sigríður says. That’s why she searched nearby farms for someone who would be interested in working with LHÍ in developing the product. She found Erpsstaðir, a dairy farm near Búðardalur, making the same old stuff and got farmer Þorgrímur Einar Guðbjartsson to try something new. The design team has even created a logo for the farm, in an effort to show how working with designers can give farmers a competitive edge. 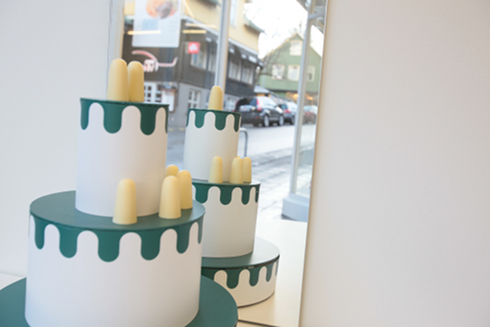 After years of planning and countless hours of work, Skyrkonfekt is ready for the public. The product will officially launch at the Tower on Lækjartorg on March 24. After that, you can buy it at a few select shops, such as Frú Lauga, the farmers market on Laugalækur, Búrið on Nóatún, and Vínberið on Laugavegur, or you can buy directly from the farmer himself at Erpsstaðir.
—
Brynhildur Pálsdóttir and Guðfinna Mjöll Magnúsdóttir will be holding a discussion at the Nordic House on March 25 at 9:00, as part of the Nordic Culture Forum on Food Culture. Brynhildur and Guðfinna are the founders of Borðið, a design company that works to create new food products with traditional origins. They have also worked on numerous other products using local material, such as wool and clay. As design directors on the Skyrkonfekt project, their interest in traditional ingredients came to the forefront in this fresh take one of Iceland’s most well-known and beloved foods.