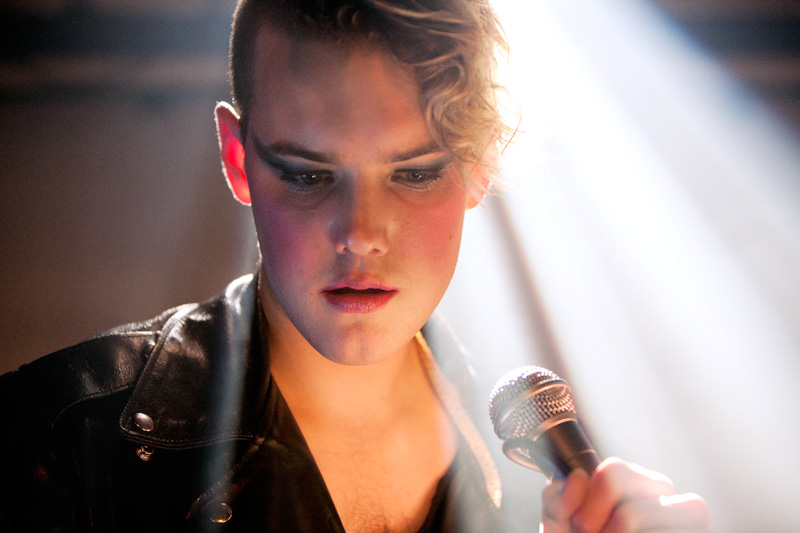 Perhaps what made Diamond Rings so captivating to watch and photograph was the incongruity between his soft, angelic face and his unexpectedly low, disaffected voice. His effeminately feathered eye shadow clashed perfectly with distinct masculine vocals reminiscent of Stephen Merritt. The disconnect between sight and sound and the blurriness of gender lines added a delightful element of absurdity to his performance. I couldn’t resist over-stating the sweetness of his face by creating a halo around his head with the beams of white stage light. Nor could I hold back laughter when—twenty seconds into his first song—he encountered technical difficulties and dryly asked if any pictures were taken so that at least someone could blog about his performance.
Efterklang By Hörður Sveinsson, Photographer 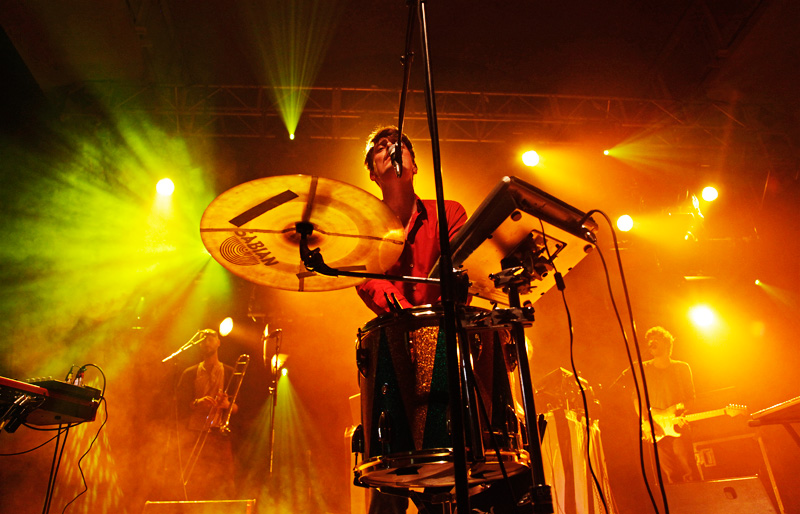 Efterklang’s concert at Hafnarhús was absolutely fantastic. I was seeing the band perform for the first time and didn’t quite know what to expect. I’ve also always been rather prejudiced against Danish bands (what’s the deal with crappy Danish bands anyway?). But Efterklang played with immense joy and fun, and for a while I had to stop shooting, take a break and watch the band play. Five thumbs up.
Teeth, By Páll Hilmarsson,Photographer 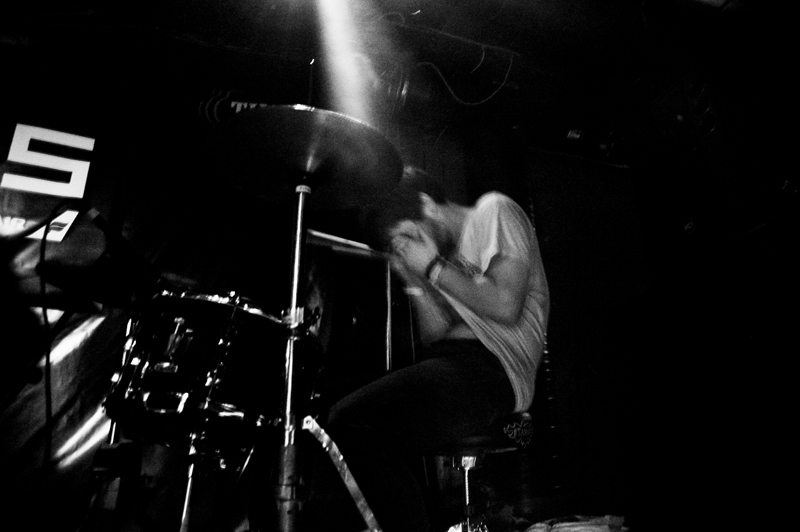 Teeth played Friday at Venue. I didn’t know anything about them before I entered after having witnessed the rather dull and not so photogenic Dikta at the Art Museum. Teeth didn’t impress me with their music but they sure were photogenic. Especially their singer, who I noticed later that night when editing, wasn’t too concerned about hiding her underpants, or vagina for that matter. But this is their drummer and it’s my favourite from Airwaves because, like so many photographs, it’s a half-truth or even a lie. I bet you think that he’s tired or unhappy, right? He isn’t, he’s drying the sweat from his brow. It was hot in there.
Fist Fokkers, Reykjavik!, SH. Draumur, Ham By Hvalreki, Photographer 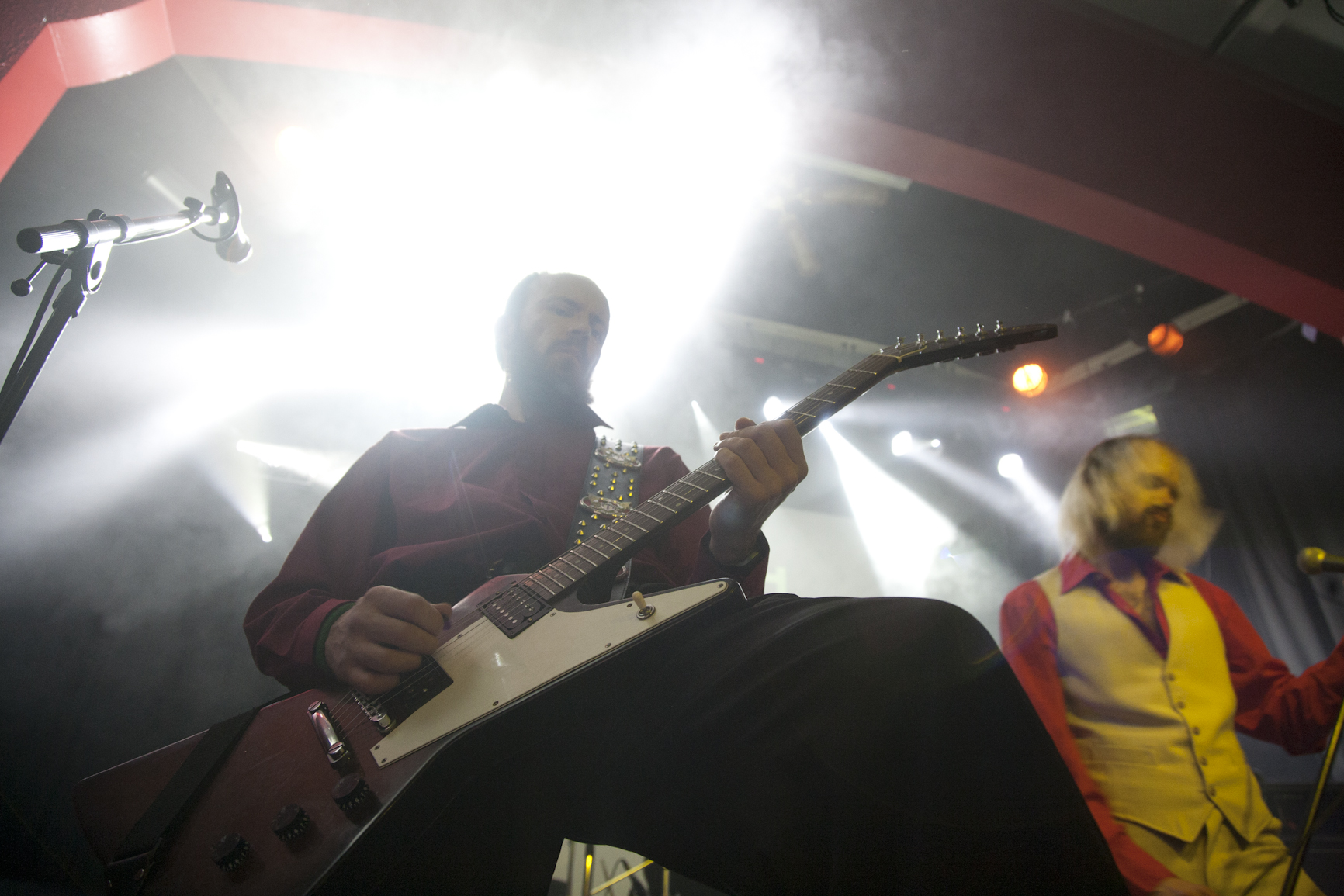 How can one sum up Airwaves with just one photograph, let alone one from Thursday night at NASA featuring a line up of Iceland’s heaviest hitters and legendary rockers all in their finest form? The Fist Fokkers opened the night, rocking their hardest, and setting a tough-act-to-follow tempo. Reykjavík! had the spirit with a stage presence that lit the crowded house on fire. With their first concert in seventeen years, S.H. Draumur had fans in tears. Finally, the icing on the cake: a most anticipated and rare performance from the legendary HAM. The guitar gods were most certainly smiling on NASA this evening, need I say more?
There’s a couple of things that could’ve been done differently this Airwaves festival.. read our Review Team’s views on what we need more, and less of, for 2011..