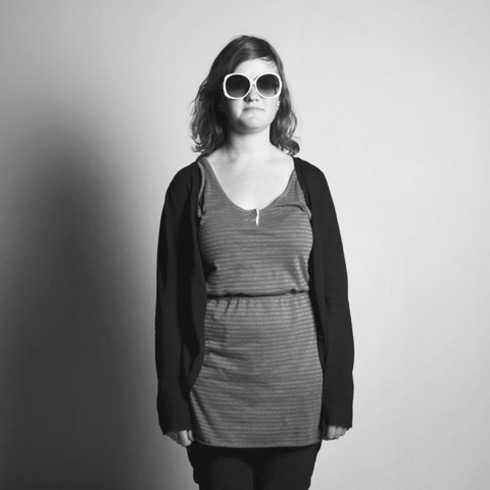 Kristín Svava Tómasdóttir studies history at the University of Iceland and works at the Þjóðarbókhlaðan, the University Library. But, first and foremost, she is a young poet who is leading the way into a bright future for contemporary Icelandic poetry. She has been a member of the local poetry scene and Reykjavík’s publishing circle Nýhil for years, and has participated in in Nýhil’s annual International Poetry Festival since the beginning. Kristín had her breakthrough when a publisher approached her after a reading at the festival. This is how she finally came to publish her first collection of lyrical works in 2007, Blóðgælur, a self-acclaimed “Best-of” collection. “For me the book was not that huge a step. I have been doing this for many years, and I never really had the urge to publish a book myself. But perhaps that is also a flaw of mine, sometimes I am not very ambitious.”

1 Þotuhreiður
This one is just beautiful, like a bird coming from an egg. And it is on this very appropriate place at Keflavík airport, where it represents the wish of every islander to get away. I can really feel it, when I look at þotuhreiður.
2 Stúlka
This one is the very small statue of a girl, sitting on her knees in a flowerbed in front of my school in Reykjavík. I like it, because it is an interactive statue due to its height. When we were around she was always holding cigarettes, flowers, or Coke-bottles or beer.
3 The giant phone in Hafnarfjörður
When I was a kid and on a trip to Hafnarfjörður, I saw a giant phone, which I found hilarious. I do not know what its called, who had made it or even whether it is still there, but I still keep a photo of me sitting on it.
4 Óþekkti embættismaðurinn
“The Unknown Official“ is a great statue! It is humorous and sarcastic. It represents the unknown warrior, respectively as an official, because there are no warriors any more. There must be many officials walking by it every morning because it is so close to the parliament.
5 Berlínarbjörninn
The “Berlin Bear” is in front of the German embassy, which is also close to my old school. It has the distance to Berlin in kilometers written on it. I like the thought of walking around in Reykjavík and thinking of Berlin. 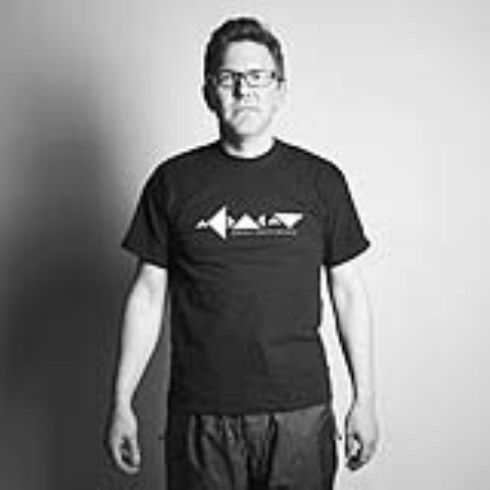 Lárus Jóhannesson was born in Reykjavík. He has enjoyed a diverse and fulfilling career which has seen him involved in the many different fields. He is a founding partner of the record shop 12 Tónar in the center of Reykjavík, together with his friend Jóhannes Ágústsson in 1998. Five years later they expanded the business releasing the album “Krákan,” by popular Faroese folk singer Eivør Pálsdóttir and thereby founded the record label 12 Tónar Records. This label has become one of the most important local independent record labels not least due to their musical variety from Classic to Punk. Today, 12 Tónar is an international enterprise with worldwide releases, with offices in Reykjavík and Copenhagen. A recent addition to the enterprise is a web shop where you can buy their music in digital form, from around the globe. We asked Lárus to name five of his favorite jobs through the years.

1 Working at 12 Tónar
This Job is great, because it is so diverse: You have to do everything from cleaning the toilet to being part of great music happening. On the label side of my job I work with many artists from Punk to Classic, which is very interesting.
2 Being a contractor
When I was studying and for a short time after that I was working as a foreman in construction business. In the summer time it is fantastic to work outside and you start early, so it is very healthy. But when you grow older, it gets harder.
3 Being a correspondent for Morgunblaðið
In the 90s I was a correspondent in Russia for Morgunblaðið newspaper. It was very interesting to be there. I got to travel the country a lot on a journalist visa. My love-hate relationship for this country lasts until today, so this was a cool job.
4 Chess columnist for Þjóðviljinn
When I was 19 I did a weekly chess column for Þjóðviljinn newspaper. I took over from the Icelandic chess grandmaster Helgi Ólafson, who was the best chess columnist in the country. People would buy the paper just to read his column! But I think this stopped when I started.
5 Chess Trainer:
I started to play Chess seriously when I was a teenager and even travelled abroad for tournaments. Later I started to teach chess at schools and together with my partner Jónas, we held special sessions for really gifted players. Some of them now belong to the strongest players in Iceland.

TOP 5 PLACES TO DINE A JOURNALIST 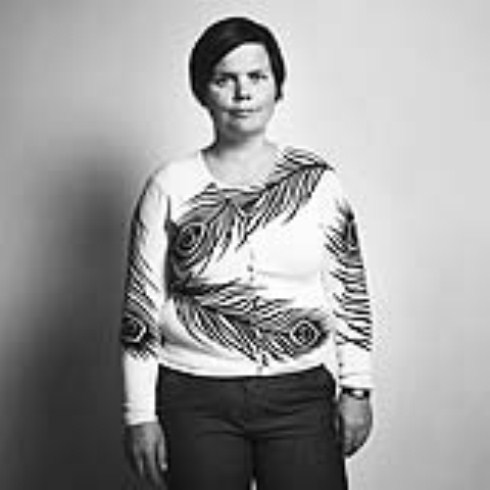 Anna Hildur Hildibrandsdóttir is managing director of the increasingly significant Iceland Music Export office, IMX, founded in 2007. On a shoestring budget, Hildibrandsdóttir has managed to create a vibrant and effective export agency that is the envy of others, and a positive force in the advent and promotion of Icelandic music abroad. Come October, IMX is holding an international conference dealing with new and exciting ways of mediating culture that features high profile panelists such as Hype Machine’s Anthony Volodkin, Pitchforkmedia’s Amy Phillips and one of the brains behind Radiohead’s recent “In Rainbows” giveaway, Jane Dyball. Due to her job, Hildibrandsdóttir often escorts foreign members of the press around Reykjavík. Here are her picks for dining a journalist in Reykjavík:

1 Þrír Frakkar
Perfect for whale meat, puffin and shark experience, which generates plenty of discussion topics for an evening out with journalists. The very tiny, very charming Þrír Frakkar is also an excellent seafood restaurant whose chefs have character and individualism that makes them unique.
2 Hornið
As I am most likely to be rushing off with music journalists to a gig, an early meal at Hornið never fails. This modest restaurant, which features an interesting blend of Icelandic and Italian cuisine, hasn’t changed for 25 years. The best lamb dishes around are definitely served at Hornið.
3 Askur
Another great one to visit if you are having a quick but good meal before a gig in Laugardalshöllin. One of these really old style Icelandic restaurants, and possibly the first one I experienced with as a kid. Generous portions, impressive buffets and moderate prices.
4 Panorama
My latest discovery is this penthouse style restaurant with the most breathtaking view you can find in Reykjavik. Overlooking the harbour, Esjan and the new music house, you can rest your vocal cords whilst people take it all in. The food and service is good.
5 Domo
This fusion restaurants is great when you have time to hang out and chill. Great food, great design, great atmosphere. Sometimes the service is a bit slow, but the food and elegant and cool design makes up for it every time.