Andrea Ólafsdóttir was the last to announce her candidacy for president, on May 1, International Workers’ Day this year. Born in 1972 in Húsavík, Andrea chairs the Coalition of Home Owners (Hagsmunasamtök heimilanna) and has been a vocal opponent of the mandatory indexing of loans. She has three children, aged 2 – 12, and lives with her husband Hrafn Malmquist in Reykjavík. We met Andrea to talk about the past and future function of the presidential office.

What is this election about, in your eyes?

When you look at how the support is stacking up, it is obvious that people are voting based on candidates’ positions on Article 26—the president’s right to refer a bill passed by Parliament to referendum. I think that is why the incumbent president is getting a lot of support. In my eyes, however, this election is about whether people want to continue this journey towards a more stable democracy. It dawned on me when I read the Constitution that the authority and responsibility to provide a check to the powers of the government and Parliament lie with the president. The original idea, before we adopted the Constitution, was never to have parliamentary rule in this country, and during the presidencies that preceded Ólafur Ragnar, that idea failed. But I believe that by continuing to employ this constitutional right, and by having a national forum where the people are involved in shaping the guidelines for its use, this country will find a much more stable and secure democracy.

So you believe that Ólafur Ragnar has in some sense moved the presidency in the right direction? That those who protest his redefinition of the powers of the Office are in fact misunderstanding the Constitution?

Absolutely. Ólafur is moving it in exactly the direction it was always meant to go. This was the original idea, that there would be collaboration between representative and direct democracy. The right to veto is not the president’s, that power lies with the people. He is not supposed to make arbitrary decisions about how to use this power. When the president refers something to a referendum, he or she is not taking a political stance on the issue, he or she is only giving the people their right. I am grateful for this change and I am thankful for having revisited this history because I didn’t realise it until he utilised the article. So I am grateful to him for that.

On the other hand, he also changed the office in the sense that he has been working directly for individual companies. That, I think, the presidential position needs to separate itself from entirely. It says in the Constitution that the president may not receive a salary from private companies or public institutions. But even if he is not receiving pay—if he is simply working on their behalf on a volunteer basis—he is overstepping the line separating the Office of the President from commercial life. The president is in the unique position of taking part in both the legislative and executive authority. But his role has never been defined as a liaison for companies on the international stage.

But was the Icesave referendum a successful democratic exercise? There was so much propaganda surrounding those elections, propaganda promulgated and paid for by interest groups…

I thought a lot about that. The major cause of worry for me was how closely those elections were linked to advertising wars. I would have wanted to see, and would want to see in the future, the media take responsibility for ensuring informed and objective discourse. And then I’m talking about issue-driven discourse, not propaganda wars in advertisements. I think we are just taking the first steps, but we are on the right track. We need guidelines in place. But we are practicing. And I think democracy is always like that, we need to practice at it.

What is it about you that makes you fit to be president? What made you decide to run?

There is some kind of inner force that drives me forward. There is a very strong sense of fairness and a lot of courage. I can say that about myself. I also think I have shown how deeply I care about this nation and about democracy. When Kárahnjúkavirkjun was being built, for example, I tried, as best I could, to promote and to contribute to informed discourse. What I saw was that despite the fact that 75% of the nation wanted to have a vote regarding this issue, they were denied that right. I saw the same thing in my role as chair of the Coalition of Homeowners. I think that sometimes when issues have a wide-spread impact on the public’s interest, it becomes the president’s responsibility to ensure that these projects are solved. And so I decided that if both the government and Parliament failed the people with regard to this claim to justice, it would be necessary to send a clear message to both the government and Parliament by electing a person to the Office of the President who would be willing to emphasise the necessity of this Constitutional right. This is why I am running, to see if people are ready to use the presidency in this way.

THE ROLE OF THE PRESIDENT

Do you think there is too much emphasis in the media on painting personal portraits of the candidates? Rather than the issues?

It is of course somewhat important that people realise who this person is that is putting themselves out there, what he or she is like, and which values he/she reflects.

But at the same time there is the danger of people voting on only the ‘personal’—such as the case with George W. Bush, when people seemingly chose a president who they could imagine having a beer with.

Do you have a main opponent in this election? Are you plotting your campaign with a particular candidate in mind?

I’ve analysed the situation and I have heard from a lot of people who are not taking sides because they feel they need to choose between two towers. Many people are voting against Ólafur or against Þóra. And I think it’s very problematic that these elections have been framed in this way, instead of being about who people really want to see in the office. A lot of my support lies in Ólafur’s camp, where people are voting in favour of the right to appeal. People are choosing Ólafur because of this, despite all of his past mistakes. But we can see that Þóra, for example, takes the complete opposite stance. She wants to go back, she seems to want to use the right to appeal as little as possible.
All of the candidates have their issues. Ólafur Ragnar is going to continue being the spokesperson for companies, and he is going to use the right to appeal, of course, and he is going to fight against Iceland’s accession to the EU. These are political issues. Herdís is focusing on human rights and democracy; Ari Trausti is talking about sustainable energy. I can’t really name anything with regard to Þóra. There are no issues there, just reaching some kind of societal harmony and talking to people, which is legitimate. Am I forgetting someone?

Do you think this polarisation will result in people making their decision last minute? Based on the latest opinion poll?

It could very well be that way. I think the development will be such that the votes will start evening out a bit, and once that happens, people will start making decisions from their heart, or rather, based on who they actually want to see in office. That is if this battle stops revolving around these two towers, where people are choosing sides so that the other person will not get elected. Whether or not that will happen, I don’t know.
—
Full name: Andrea Jóhanna Ólafsdóttir
Born: August 2, 1972 in Húsavík (Age 39)
Education: Has studied various fields at the college level, including management and education.
Occupation: Andrea has an activist streak: she has worked with several philanthropic and public service organizations in Reykjavík including the Red Cross and Amnesty International.
Tidbit: Andrea is intent on improving working rights and conditions in Iceland; so intent that, if elected, she says she will only accept minimum wage for the job of president.
—
Read interviews with the other candidates: 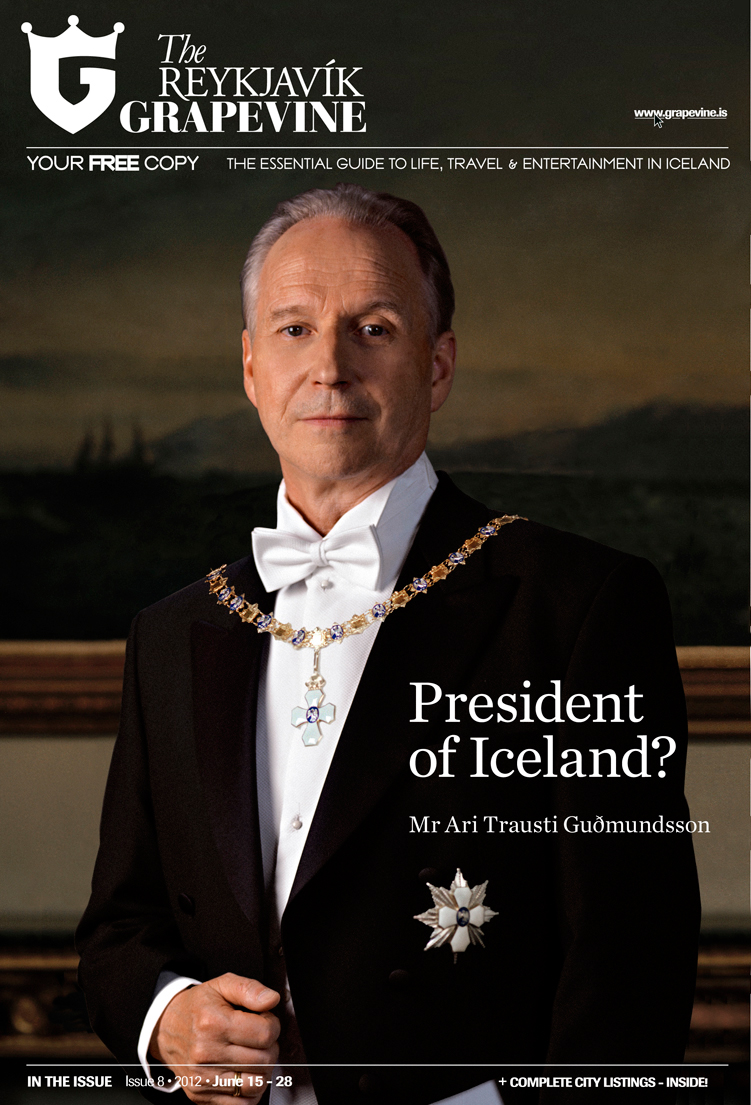 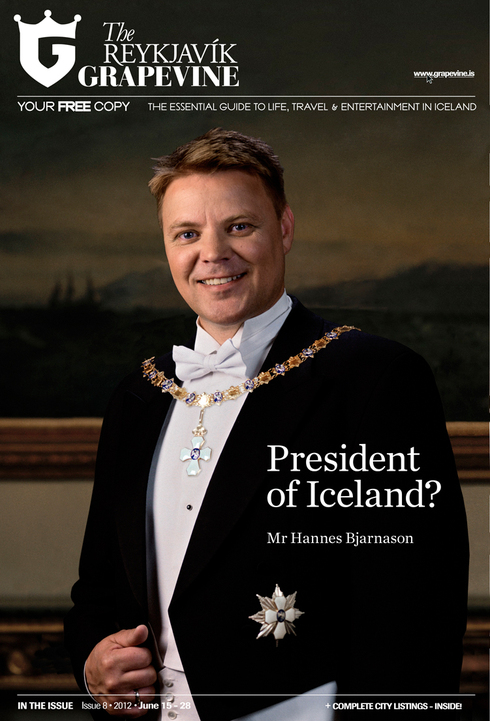 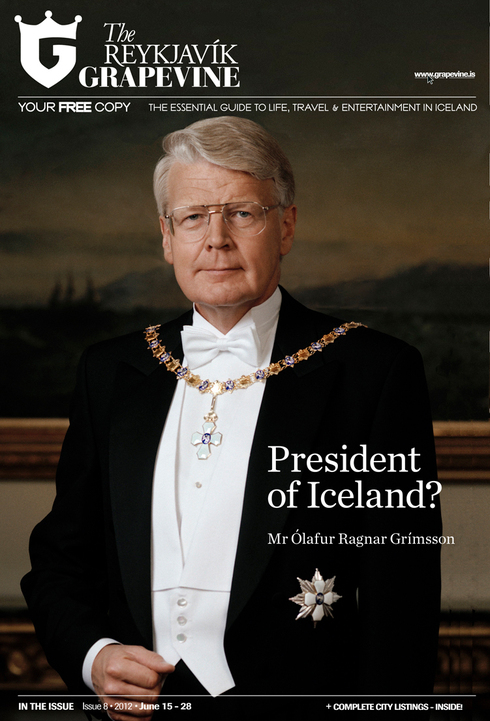 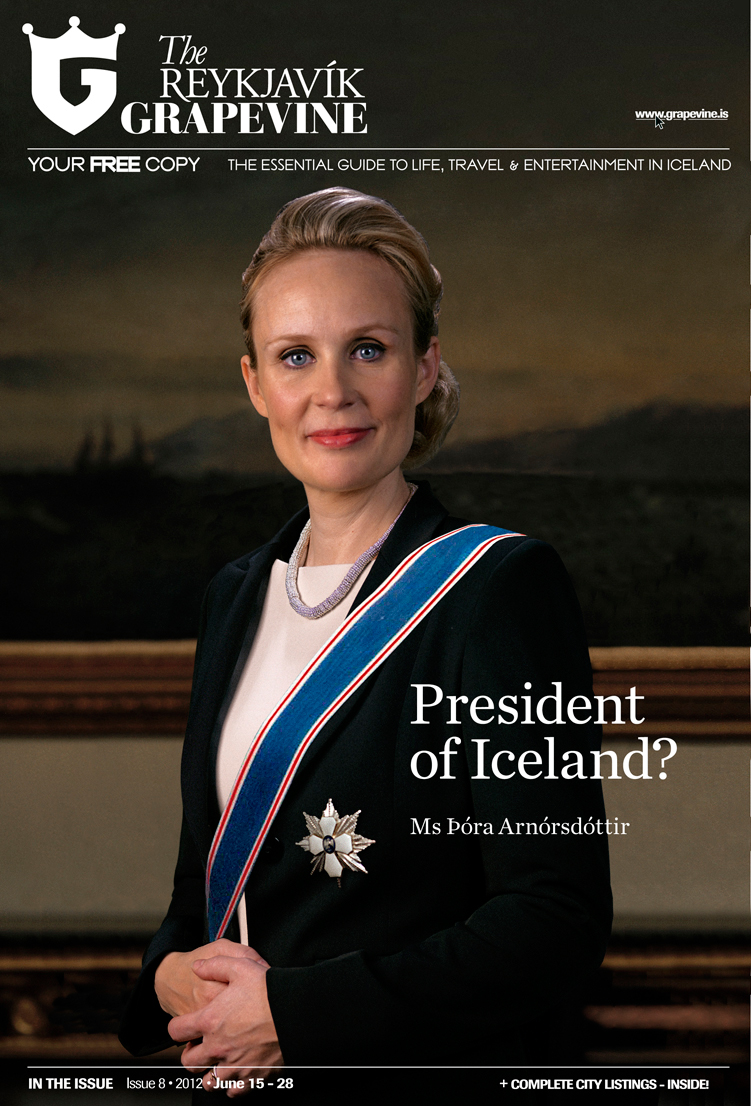