Welcome to Gimli, where the Icelandic flag is as proudly raised at sunrise on the lawns of modest family homes as it is tattooed on the limbs of young men; where fishermen flex their muscles hoisting hearty whitefish from the expansive lake; and where groups of elderly congregate at Amma’s Café to converse in Icelandic and indulge in kleinur and pönnukökur alongside their hot coffee. Such is life in the Rural Municiplality of Gimli, in Manitoba, Canada.
In the midst of some particularly harsh economic conditions and a nasty eruption from Mount Askja in the 1870’s roughly a quarter of Iceland’s population – which then totaled a modest 72,000 people – emigrated from their motherland in the North Atlantic to seek greener pastures abroad. After a group of roughly 300 Icelanders, who had set their collective sights on Canada, grew fed up with a couple years of unfavourable weather and housing conditions in northern Ontario their plight caught the eye of a generous missionary, John Taylor, who talked the government into doling out some land on the west bank of Lake Winnipeg. Thus, the Icelandic transplants picked up moved on to Gimli, officially claiming the land on October 11th, 1875.
At the time of settlement the Gimli area was declared New Iceland and the settlers lived as though they were a sovereign nation within Canada. They kept order with their own laws and maintained their own government. They set up a fishing industry and lived their lives. Except there were lots of trees, lots of bugs and long, frigid winters.
Fast-forward to modern day Gimli and what you still have is, essentially, New Iceland. There is a nostalgic patriotism that reigns; a vibrant and ongoing pride in the flag and the language and the heritage and the lineage that has thrived for 135 years. This speaks not only to the determination of the settlers but also to the genetically inherited stubborn pride of the Icelanders that hasn’t died out even thousands of kilometers away from the motherland, where a fjallkona presides over the 17th of June in the flat prairie lands of central Canada.
All the photos in this spread were generously provided by Reykjavík-based photographer Baldur Kristjánsson, who ventured to Gimli five months in to seven solid months of worldly travel and enjoyed the feeling of Iceland while still so far from home. 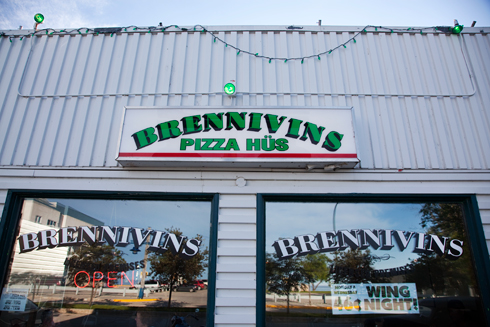 Brennivin’s Pizza – the name says it all. 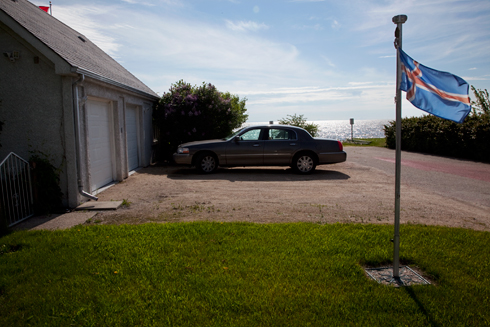 Icelandic flag in Gimli – The photographer saw far more flags outside houses in Gimli than he has ever seen in Iceland. 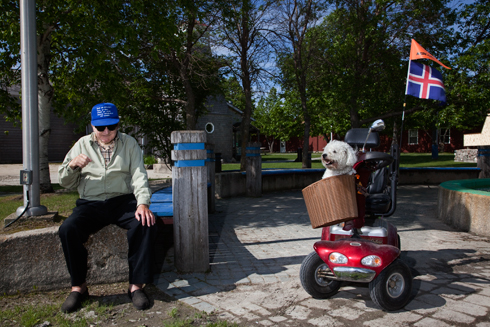 An older gentleman and former fisherman gets around Gimli in his motorized buggy, which conveniently holds his little dog and shows off his Icelandic heritage, too. 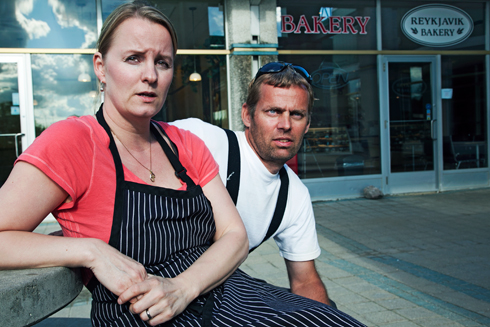 Icelanders who recently relocated to Gimli for a change of scenery and now run a bakery stocked with traditional Icelandic goodies. 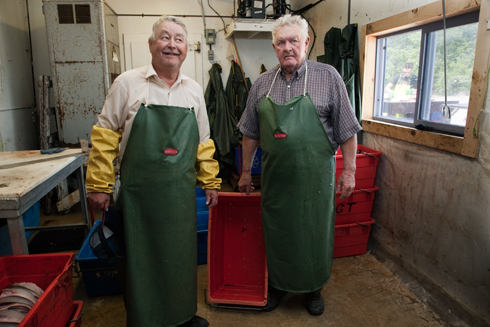 Fishermen of Icelandic descent in Hecla, Manitoba put in an honest days work. 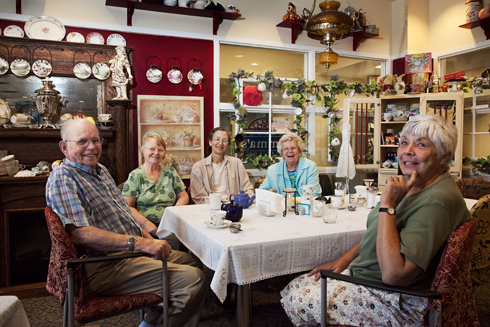 A group of friends meet at Amma´s café on the ground floor of a home for the elderly. The group meets in various configurations each Wednesday to preserve the Icelandic language in Gimli. A punishment has recently been instated for those who dare speak English. 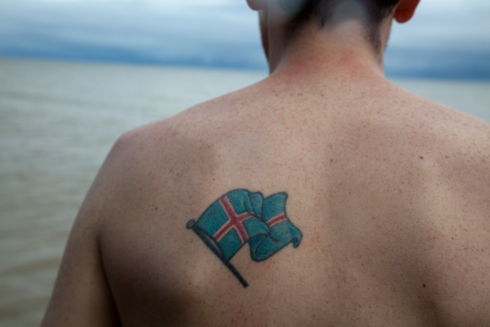 Nick, a local restaurateur, is not actually of Icelandic decent and has never been to Iceland but has a permanent sign of his love of Iceland inked on his back. 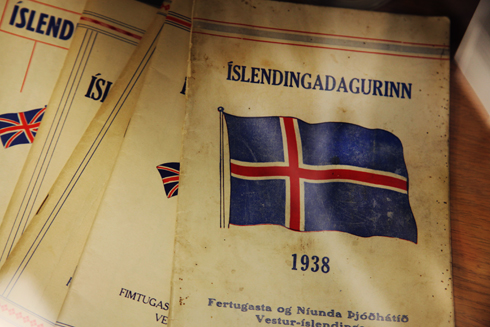 Every year on August 22nd the Icelandic Festival of Manitoba – Islendingadagurinn – celebrates Icelandic heritage. It has been held annually since 1890. 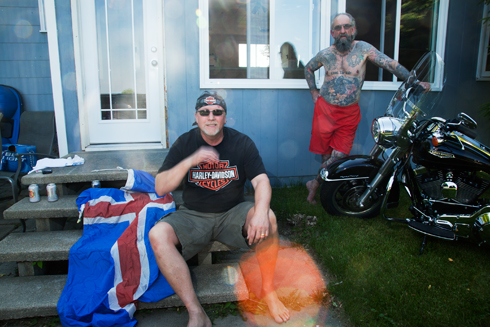 Motorcycle and Harley Davidson enthusiasts relax with the Icelandic flag and a beer after a day on the road. 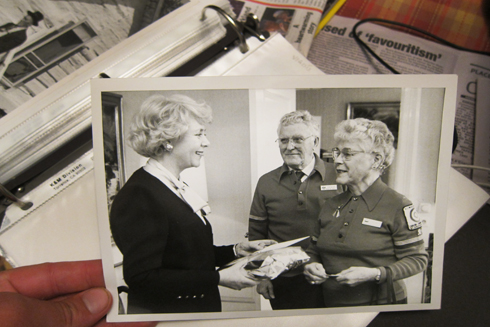 The locals in Gimli fondly remember a past visit from Vigdís Finnbogadóttir, former president of Iceland. 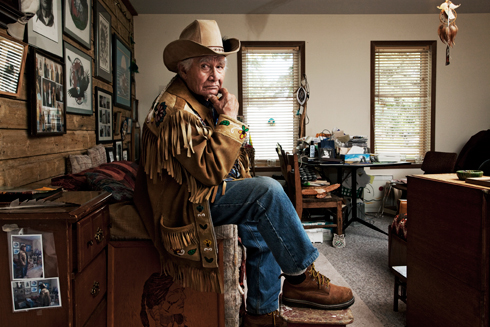 Bill Cochrane, descendant from one of the First Nations tribes that had lived in the area before the Icelanders arrived, is described by the photographer as “one of the coolest guys I’ve ever met”. 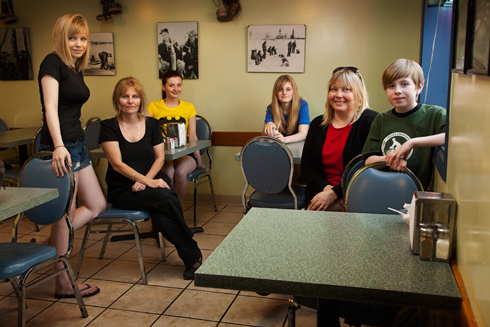 The Mayor of Gimli, Tammy Axelsson, and her family and friends pose for a casual photo at the local fish and chips place. 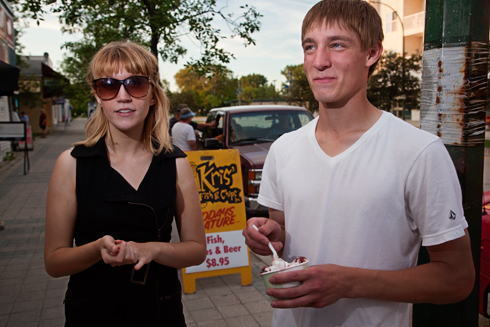 Teenagers enjoy some Eyjafjallajökull Ís, names such following the eruption. The photographer has missed the actual eruption due to travels, but says the ice cream made up for it. 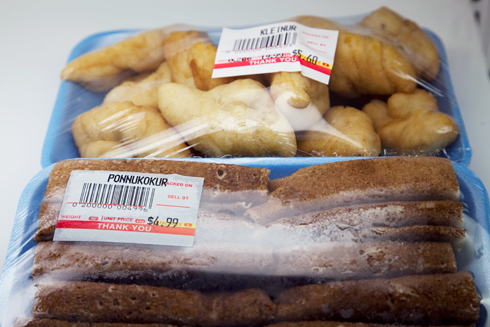 Typically Icelandic baked goods pönnukökur and kleinur are staples in the bakeries and grocery shops. 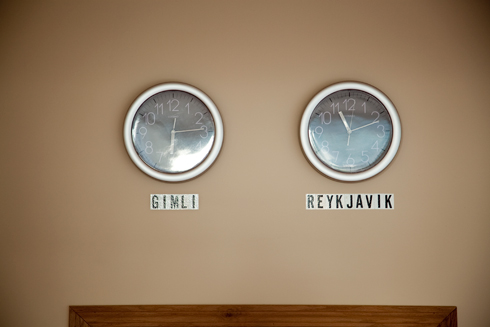 Clocks on the wall of The Reykjavík Bakery keep locals on time, both in Gimli and Reykjavík – a twist from typical displays of the times in major world capitals and corporate centres. 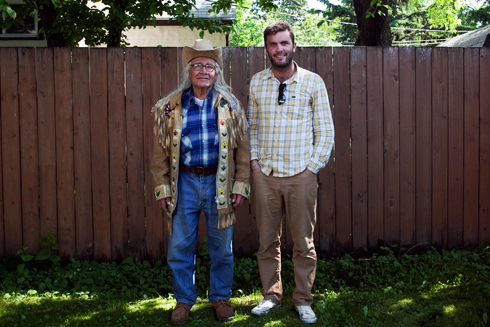 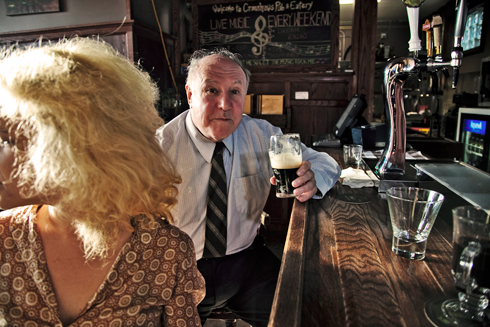 A Scottish transplant to Gimli enjoys his daily Guiness at one of two local pubs. When not relaxing on one side of the bar he sometimes works on the other side. 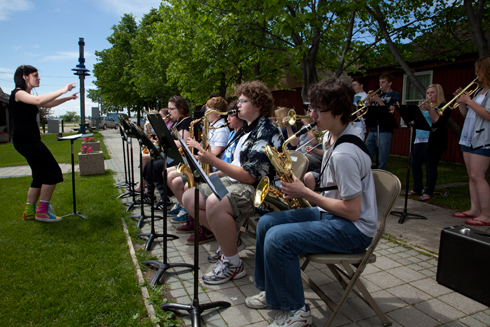 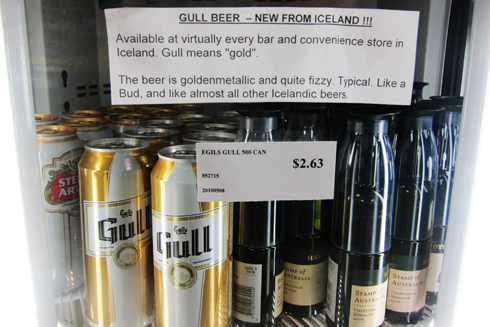 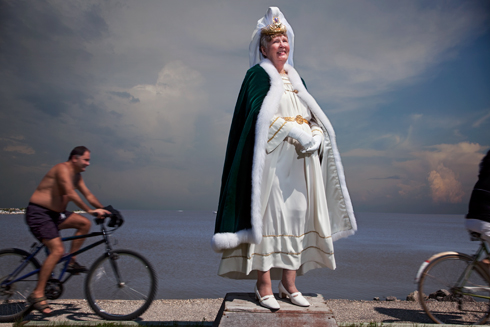 Helga Malis, Gimli’s Fjallkona 2010, poses in her backyard as cyclists pass by.