The Power Of The Unsaid 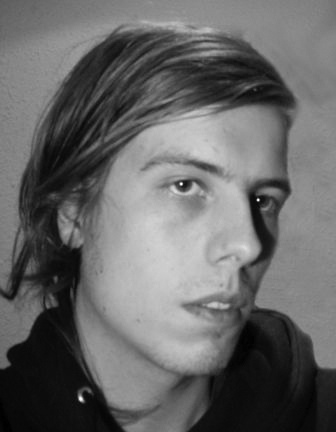 In Grapevine’s last issue, Kári Túlinius poses a question that he then attempts to answer: “What became of the far right in Iceland?” Trotting out numerous examples of short-lived right-wing parties, whose political agenda truly advocated xenophobic and racist ideologies, Kári outlines how those parties’ most prominent members have usually ended up in the right-wing show-stealer Sjálfstæ›isflokkurinn (“The Independence Party”), which he maintains “is like a black hole that draws in people with far right beliefs” who are then “marginalised and have never achieved much sway of power.” Admitting that this “is not to say that xenophobia and racism are not problems in Iceland,” he nevertheless suggests that “the particulars of the Icelandic political landscape have made it harder for far-right political parties to take root here than in other European countries.”

While it is true that Sjálfstæ›isflokkurinn has been and is a far-right black hole, this analysis of Icelandic politics might be a bit too simplified. Firstly, racist members of Sjálfstæ›isflokkurinn have surely been granted powerful positions. One prominent example is Björn Bjarnason, former Minister of Justice and Church Affairs, whose anti-immigration policies differ nil from those of, say, Jón Magnússon who Kári particularly picks out.

Secondly, nationalism—the true mother of xenophobia and racism—is evident all over the party-political sphere, not excluding the left. This has repeatedly been manifested, for instance, in the discussion on the possibility of Iceland joining the European Union, in which the two opposing margins of the country’s party-political line stand united against the EU-favourable centre—both of those ranks basing their position on nationalistic viewpoints. On a directly connected note, the party-political sphere is generally conservative when it comes to Christianity and its role in society—a position almost impenetrably bound to Western nationalism.

Thirdly, and most importantly, the level of ideological praxis—in this case of nationalism and all its children—is not necessarily best measured in official policies and outspoken rhetoric, but rather in all that is kept unsaid and allowed to be unsaid. Look, for example, at the fact that while Icelandic authorities have just about never been really pressured to explain the state’s immigration and refugee policies with actual, official, rock-solid words, a strong segregation policy has nevertheless been practised. Consciously or unconsciously, the media typically plays along that same line, resulting in the state’s policy—which yet is never directly worded—being present in most media coverage. Not necessarily in what is said but rather in what is not said: what can be read between the lines, behind the letters, beyond the literal interpretation of each single word. The language then develops on the state’s premises and so we have a situation wherein no one is really forced to discuss and elaborate on the true policy and the ideology behind it—wherein it needs to be neither challenged nor defended. Thus the unsaid becomes the self-evident.

Such a situation is not limited to Iceland, and certainly not to these issues. Not at all. But let’s be clear about a few things: Modern Iceland has hardly any history of large-scale immigration. A true multi-cultural society is mostly an idea in Iceland, different from many countries where it actually is a reality. The country is an island surrounded by natural borders that will not be travelled through, over or under, by any sort of a cheap or homemade means of transport. Iceland is among the top ranks of the global capitalistic economy. And finally, nationalism has been and is practised so actively in Iceland that there simply is no “need”—there is no “market” for any sort of stronger nationalistic voices within the party-political sphere than already exist. Let’s be clear about this. And while being clear about this, suggesting that racism and xenophobia are resisted by somewhat a thicker mass within Icelandic politics than in other European countries is dangerously naïve.

Let’s speak about racism, about xenophobia, and about nationalism. By all means. But let’s then allow ourselves to say what normally is not said, much rather than limiting us to some occasional local Le Pens and Breiviks. Let’s then shout out loud all those forbidden words. Let’s bring some real meaning to those words. And let’s dig into their meanings, what they imply, how they affect, how they spread, how they work. Above all, let’s not allow them to be overpowered by silence, because it is that very same silence that feeds them power.
Snorri Páll Jóhannson Úlfhildarson is an activist and a writer. He also plays some mean drums.