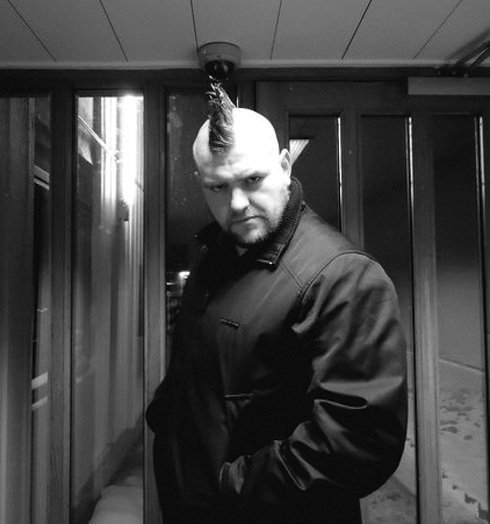 I always make sure, against my better judgement, to take every opportunity to assimilate myself with Icelandic customs and culture. Attend a Þorrablót? Been there, chewed on the gristle. Handball game? One of the first phrases I learnt was “Áfram Ísland!”
Another thing I was truly looking forward to was taking a chance to vote in my first election. The Reykjavik city council elections are taking place on the 29th May, and although unable to vote in National elections as I am “unclean” and not an Icelandic citizen, I believed I was eligible to vote in the municipal elections. I even saw this as an opportunity to act more of an arsehole than usual and doorstop the members of the political parties at the polling stations with an array of questions such as:
To the Independence Party: What are your current views on moving the domestic airport as they seem to change with the weather? And is it true that Bjarni Ben´s chin is hollow and he uses it to store food in the winter months?
To the Progressive Party: Your leader has all the charm and beauty of an illegal seal cull. What is your position on improving the local transport situation?
To the Social Democrats: It’s nice that you have Lady Gaga´s mum as your leader. Is she going to bring an album out soon?
To The Movement: Why do you all look like a total bunch of freaks?
But then a calamitous piece of bad news… This damn paper, the one that you’re reading, goes and informs me that I won’t be able to vote after all! It seems that for foreign people to vote in municipal elections, they must have lived in Iceland for 5 years UNLESS you are from a Scandinavian country, then it’s only 3 years! Apparently, this is down to something called the Nordic passport union, a treaty designed to allow freedom of movement, rights of residence and voting rights for citizens of Scandinavian countries. What? Are you actually trying to tell me that the Finns are somehow more important than moí? All they do is drink vodka, eat smoked moose, get depressed and bore everyone about how interesting Mika Hakkinen is. I can do all that AND my stories are much funnier.
But what´s wrong with Iceland having this rule you may ask? Surely it is the right of each country to designate its own rules as to who is able to vote. And in Iceland they will likely explain that they have this rule in place because of “the very close ties that we have with our Scandinavian brothers abroad” blah, blah.
Well here is the interesting bit. Over the years, the rest of Scandinavia has gone with the times and granted equal voting rights to all foreign residents, not just Scandinavians. And as Denmark, Sweden and Finland are part of the EU, the 3-year residence rule has been abolished for all EU citizens. So while the rest of Scandinavia has realised that many other nations are just as important as their close neighbours, Iceland is still lumbering with the idea of two legs good, two legs with blonde hair and a voice that goes “Schmurgen, Jurgen, Bork!” is better.
But thankfully my wife is an apathetic nihilist of the purest kind and she has offered to use her vote for the party of my choosing (she has politely refused to make a protest by wiping her arse on the ballot and filming it). This poses the intriguing question. Just whom WOULD I actually vote for? In some ways it´s like choosing between herpes, syphilis and gonorrhoea. None of the main parties seem to have the vision, integrity or the balls to do anything other than blame foreigners, take the money and scream “more smelters!” Perhaps I should go running into the welcoming bosom of Jón Gnarr´s Best party. They may be a joke, but at least I can laugh at them without needing to break down into tears of despair…