Partying With The Pirates 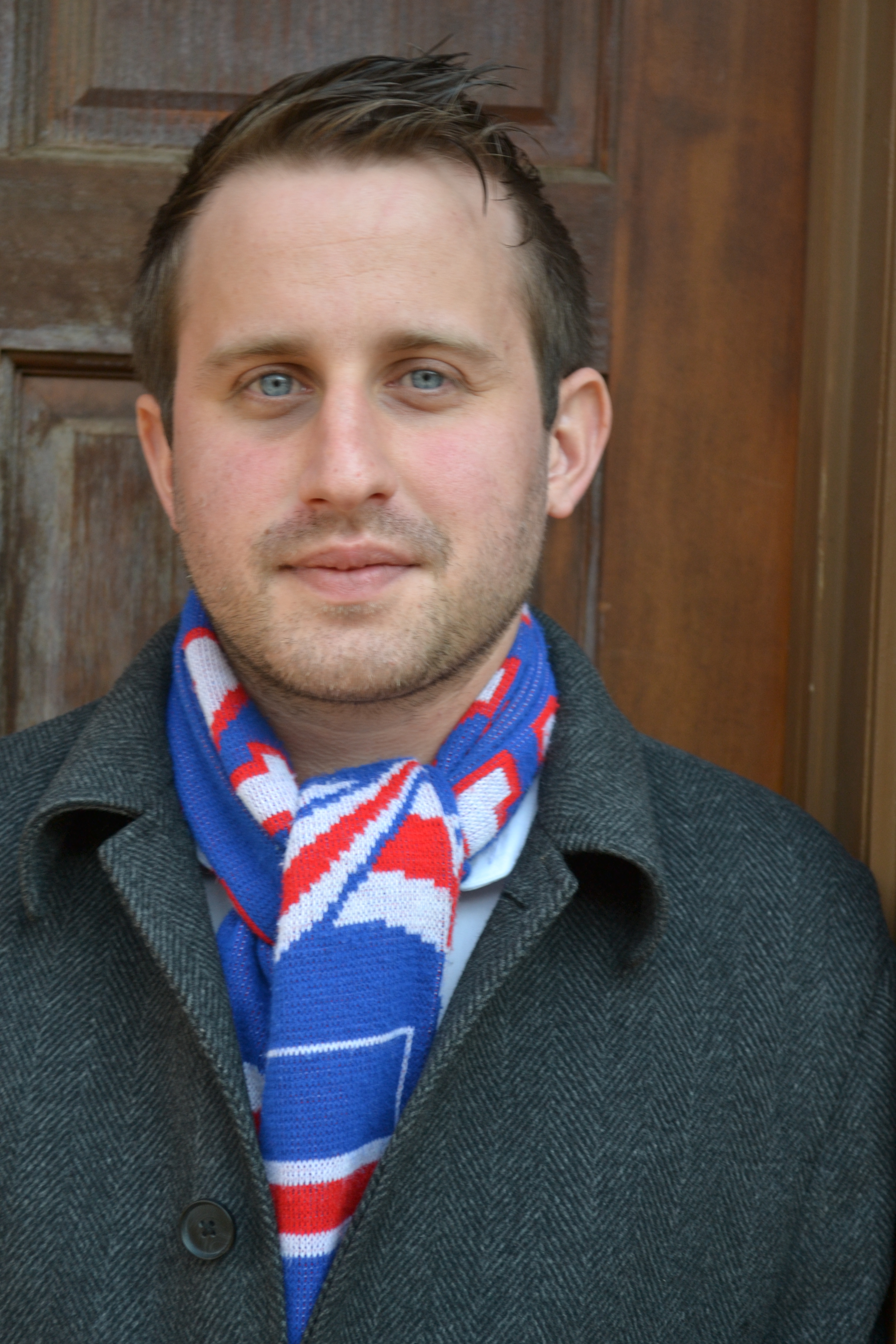 ds ago, I couldn’t have been happier to be in Reykjavík, thousands of miles from home— even more pleased than I normally would have been to participate in typically depraved Saturday night revelry in 101 Reykjavík.
Washington D.C., where I was born, raised, and currently live, was playing host to the White House Correspondents Dinner—a corrupt cesspool swimming with access journalists, actual celebrities, and the guys who control the nuclear arsenal. Someday, in a very thorough article about the decline in living standards for the vast majority of Americans, there will be an entire chapter dedicated to this circus—most infamous, perhaps, for being the gala where George W. Bush made a joke about not finding WMDs in Iraq under a White House sofa, while Iraqi women and children and American kids were being blown into unidentifiable smithereens.
But I was blissfully nowhere near the wank-a-thon and its related parties because I was doing what felt like the polar opposite—covering The Pirate Party’s election night celebration at Kaffi Reykjavík, watching an improbable group of rag-tag internet freedom fighters nervously play a game of wait-and-see.
The jungles of Chiapas
It felt, in a way, like being in the jungles of Chiapas on New Year’s Day in 1994—or at least a non-violent, way-less-bad ass version of the Zapatista uprising. Either way there was free beer. The Pirates were staying true to their inclusionary manifesto as far as I could tell, even if the free of charge stuff did run out rather quickly, and the line at the bar proved that microeconomic theories about price mechanisms aren’t all bullshit.
Beer waiting time aside, there was a whiff of history in the air. In a few hours, we fully expected, based on polls, to see a handful of them become the first Pirate Party candidates in history to be elected to a national legislature. And there was a feeling that the results would have outsized influence typical of a country with the most non-British Premier League footballers, WikiLeaks producers, Miss Worlds, and Sigur Róses per capita.
The Pirates’ agenda—direct democracy, open government, and civil rights—had attracted people, such as myself, from all over the world. I noticed a French radio journalist snapping up interviews with random patrons. Laurie Penny—who, for all the right reasons, is a massive deal in the Anglophone left-o-sphere—was there. That Pirate candidates and strategists had been spied on and harassed by my government for helping WikiLeaks expose its murderous, corporate water-carrying ways made being there on that night all the sweeter, for me. 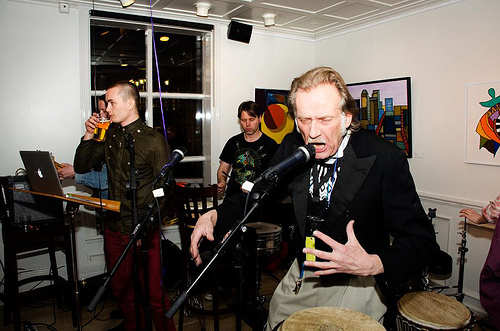 Flirting hard with disaster
Until, that is, the results started coming in. Although the Pirates had polled as high as 7.5 percent three days before the vote, all night voters threatened to ruin the election party. The tension was magnified by the fact that the Pirates’ numbers were the last to be announced when local officials rattled off what results they could. Polite applause followed the less-than optimal numbers.
Musical performances distracted partygoers and supporters from the drama—as did an unruly, drum banging lush who was given the heave-ho by the cafe’s staff. And I stopped jokingly asking Pirate candidates like Helgi Hrafn Gunnarsson and Smári McCarthy if they were Prime Minister yet. Not because my “Haha, I’m The Ignorant American” jokes became less comical with each repetition, in my opinion, but because the possibility of the Pirates finishing with less than five percent of the vote seemed increasingly realistic as the hours ticked away (as any casual observer of Icelandic Parliamentary politics knows, a party needs at least five percent to win any seats in Parliament).
While hopes remained high, the party was hovering at around 4.9 percent around midnight, flirting hard with disaster. The country was still waiting for results to pour in from the capital area—the Pirates’ bedrock of support, a fact that caused many to be relaxed in the face of a possible cataclysm. But MP Birgitta Jónsdóttir told me that she wouldn’t take anything for granted, exuding a level-headedness required for long slogs she has fought with varying degrees of success in recent years. Either way, it seemed very possible that politicians seeking to marshal the power of horizontalist 21st century ideology would be, no pun intended, flattened.
Dancing their worries away
So I left the joint around 1:30 AM. Nervousness, helplessness, or cautious optimism—either way, the party wasn’t exactly your typical 101 bender, and people I was chatting with wanted to check out The Progressive Party at Hotel Borg. I’d have been a shitty journalist if I didn’t try to drink their beer. Given their history of looking out for moneyed interests, we thought they’d be taking care of the people celebrating Sigmundur Davíð’s assent at the swanky joint. But there was no such luck. Nine hundred ISK for a beer. A guy wearing a Mitt Romney shirt stumbling into the party was all I needed to know about the Douche Caucus without being plied with free alcohol. A motion was put forth to trudge up Laugavegur in search of higher quality debauchery. It passed with unanimous consent.
But I couldn’t stop thinking about the Pirates—even a nice sloppy makeout sesh couldn’t keep my mind off politics. What would become of the good ship Jolly Roger? My new friend and I formed a splinter cell in search of the remnants of the Pirate Party party. But Kaffi Reykjavík had shut. We found some Pirate candidates and supporters standing outside. A debate ensued about whether to join their comrades who were trying to salvage something of a Saturday night at the bar Harlem, or to set out in search of an apartment where we could watch the final results trickle in. For me, and some of the others, Harlem was the obvious choice. Pirate supporters—an identity I took on as the night wore on—sipped and danced their worries away.
A sobering reality had sunk in, however, after the last call and long walk home—out to the apartment on Háaleitisbraut where I was staying. I flipped on the computer and checked the results on RÚV: Icelanders had not only given a majority of seats to the two parties responsible for handing the country over to larcenists over the last decades, but the Pirates were still polling just below five percent.
“Go home, Iceland. You’re drunk,” I tweeted at around 5:30 AM—a throwaway remark that was retweeted by internet freedom activists from around the world. 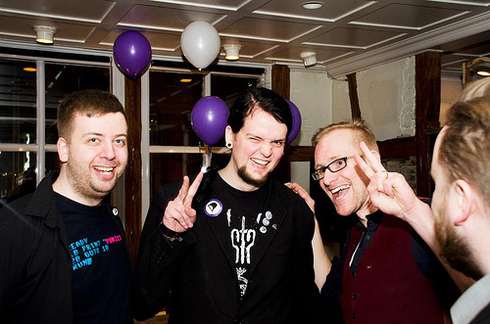 The Pirates pull through
But when I awoke, rather groggily, I heard the good news from—appropriately—the internets, social media to be specific. Smári had updated his Facebook status to the delight of 43 or so of his friends—I didn’t need Google translate to tell me the news was good. Three Pirates—Birgitta, Helgi and Jón Þór Ólafsson—would be representing Icelanders in the next session of Parliament.
And if they can manage to open up the government and pass direct democratic initiatives—the former is more likely than the latter—perhaps it will provide a model for those around the world who thrive on information. Something more dignified and less corrupted than kneeling at the altar of power and sipping from Rome’s poisoned chalice to get information to the public.
—
Sam Knight is a freelance journalist living in Washington D.C. He has been interested in Iceland since the Pots and Pans Revolution.