Freedom Of Speech, For Europeans Only 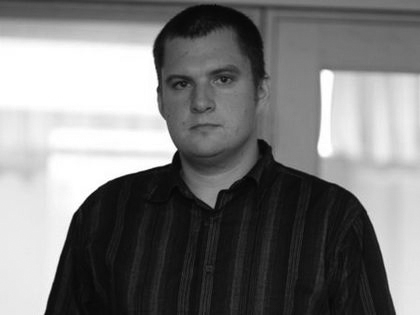 Spring Parliament usually gets crammed with tons of legislative proposals from the government. But out of all the bad ideas to hit Alþingi’s floor during its last session, the proposed Media Law amendments, which would, if passed, restrict foreigners’ freedom of speech and freedom of occupation, are undoubtedly some of the more sinister.
For some reason, The Ministry of Education, Science and Culture, which is responsible for regulating the media, feels it is necessary to amend the current Media Law with the following passage:
“The person responsible for media broadcasting service shall be a citizen of an EEA-country.”
Now in case you wondered, media broadcasting service may be a newspaper, a TV station, a web page, or even a blog, as long as it’s “edited.” Thus, strictly speaking, those without passports from Iceland, Norway or Switzerland or an EU country, might have trouble starting a blog aimed at the Icelandic market.
One could argue that this is really not that bad. Foreigners from outside the EEA, say Americans, for example, would still be able to own and run media outlets as long as they get some Icelander or other European to be formally responsible for their content. But this is of course ridiculous. If a law required women to drive under a supervision of a male passenger, I think everyone would agree that such a provision would violate women’s rights to be treated equally and impair their freedom of travel. Telling foreigners who reside in Iceland that they cannot be responsible for their own opinions is equally absurd.
It is hard to imagine why someone would consider a paragraph like this necessary. The explanatory notes that go along with the proposals make no effort in justifying this amendment; they only reiterate its purpose, claiming that if this law is approved that foreigners from outside the EEA will not be able to be responsible for running media organizations in Iceland.
Now it seems pretty clear that barring foreigners from certain jobs in private companies is unconstitutional.
The Constitution of Iceland guarantees freedom of expression. Constitutional scholars agree that “everyone” does not mean “every Icelandic citizen,” but rather “every person within Icelandic jurisdiction.” There is no good, merit-based argument for restricting the freedom of speech for foreigners in Iceland. There is also no good reason why a foreigner living legally in Iceland should be barred from certain jobs, simply because of their nationality. But even if such good reasons existed, the Constitution would still prohibit such discrimination. And if the Constitution didn’t, then various human rights charters, signed by Iceland, would clearly do so.
But legal issues aside, this is simply a horrible idea. We Icelanders should ask ourselves the following questions: Would ‘we’ find it fair if ‘we’ were to be barred from being chief editors or publishers of newspapers in other countries? Would we like it if we had to find someone else to vouch for us if we wanted to start a website in America? Would we like to be treated this way?
The current media law is pretty bad as it is. It already puts too many restrictions and obligations on the free press, but the foreigners’ clause is outrageous. We cannot allow it to pass.