When the first issue of the Reykjavík Grapevine came out in June 2003, there were still more locals than tourists in Iceland in the summer, the spectacular and far-sighted transformation of the economy with aluminum smelters and private banks was just taking off, and the Independence and Progressive Parties had just been elected into office with promises of lower taxes for everyone. A decade later the paper is still here, but everything else has changed, not least the political discourse, as this article by Filippa Guðmundsdóttir from our first ever issue demonstrates. It is printed below, exactly as it was printed then.
–Former Editor Valur Gunnarsson
— 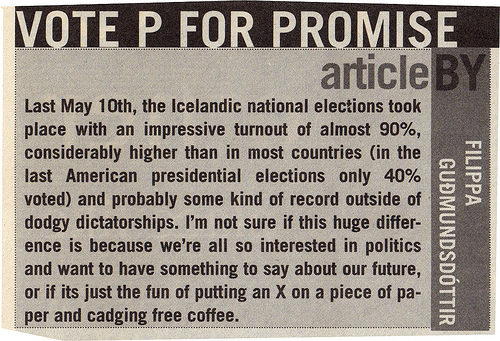