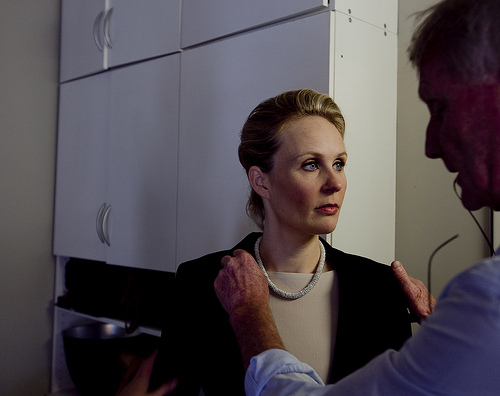 Tension was in the air at the start of the year, as President Ólafur Ragnar Grímsson insinuated in his New Year’s Address that he would not be running for another term that spring. He ulimately ran, in unprecedentedly close race against an incumbent. The strongest challenger, broadcast journalist Þóra Arnórsdóttir, was neck and neck with Ólafur, but it was not to be, and the president looks to be finishing his term with a record 20 consecutive years in office. A new political party with ties to The Best Party was formed. Now called Bright Future, the party is polling high enough to win nine seats in parliament. The trial of former Prime Minister Geir H. Haarde began to wind into gear, and a bomb scare at the Prime Minister’s office would finish the month off on a startling note.
February
This month started with good ol’ fashioned oil fever, as Norwegian and British prospectors discovered evidence of oil under the seabed of the so-called Dragon Area—the northeast corner of Icelandic territorial waters. Drilling licences have since been sold, but drilling is not expected to begin for at least another decade. A farmer in northeast Iceland shot a video of the Worm of Lagarfljót, a giant serpent reputed to live in the lake Fljótsdal. The video went viral before it was later determined that the creature was simply fishing net twisting in the current.
March
Controversy brewed due to a diplomatic misunderstanding, when the Progressive Party floated the idea of adopting the Canadian dollar as Iceland’s currency. Canada’s ambassador to Iceland later confirmed to the press that Canada’s Central Bank was interested in the idea. Sadly for Canada, Iceland is currently trying to join the European Union, where they use euros, so loonies in Icelandic banks will have to wait. National power company Landsvirkjun is looking into building a power cable that could stretch to the UK. Talks between the two countries are ongoing. Finally, the first of two election rounds were held, ultimately resulting in Rev. Agnes M. Sigurðardóttir becoming Iceland’s first female bishop.
April 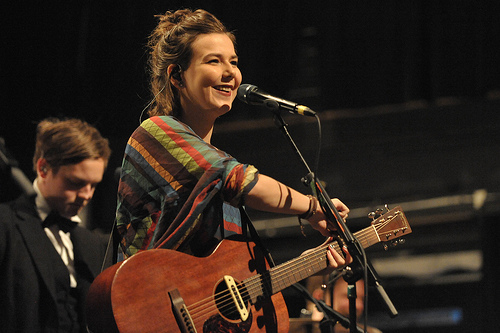 Iceland pop band Of Monster And Men began their meteoric rise to overseas success this month, selling 55,000 copies of their debut album in a single week. Chinese premier Wen Jiabao visited Iceland to discuss trade options, among other things. The Geir H. Haarde trial came to a close with Geir being found guilty of one of four charges of negligence and mismanagement during his time in office. He received no punishment and he went on to become a consultant for a law firm.
May

Eurovision once again captivated the nation, as singers Jónsi (of Í Svörtum Fötum, not Sigur Rós) and Greta Salóme made it into the finals with their song “Never Forget.” Sadly, Sweden would end up taking it. Controversy erupted when it came to light that Huang Nubo, a perennial presence in the news, intended to build luxury villas for wealthy Chinese business folk in Grímsvötn. His land deal is currently on hold. An advisory referendum was held on some of the clauses to be added to the new constitution, among them those regarding separation of church and state, protection of natural resources, and reforming the voting system.
June

At the start of this month, some 1,500 Icelanders observed the transit of Venus across the Sun from the top of the hill Öskjuhlíð. In keeping with Iceland’s progressive policies on LGBT issues, a bill submitted by the Ministry of Welfare to create clearer laws regarding the rights of the transgendered was voted into law.  The arrival of Tom Cruise in Iceland for the filming of Oblivion caused a frenzied media storm, shortly after which the actor zipped off to the countryside for shooting, never to be seen again. In Iceland. About half of the Icesave debt was paid, and the month finished off with President Ólafur Ragnar Grímsson starting a new presidential term.
July
Björk Eiðsdóttir and Erla Hlynsdóttir, two journalists who wrote articles on the strip clubs Goldfinger and Strawberries and were sued for slander, appealed to the European Court of Human Rights, and won. They were awarded damages be paid to them by the Icelandic state for not ensuring their basic right to quote someone accurately and give an accused party a fair chance to respond. An Icelandic Pirate Party launched, and with almost no campaigning, polling and little media coverage, it currently stand at 2.5%. Towards the end of the month, a collective sigh of relief was heaved when the city of Reykjavík confirmed that there were no plans to tear down the nightclub Nasa. How the rest of Austurvöllur will be developed, however, remains a point of contention.
August

Gay Pride was the top story this month. The Icelandic Ethical Humanist Association (Siðmennt) held its first secular gay marriage, officiated by troubadour and political activist Hörður Torfason. Reykjavík Mayor Jón Gnarr showed his support for recently-jailed Russian punk rock band Pussy Riot by dressing as a member of the band in the Gay Pride parade. Celebrities were also a summer theme, as Russell Crowe visited to shoot scenes for the movie ‘Noah.’ He would end up singing an impromptu duet with Patti Smith on Culture Night, and was reportedly an all-around decent guy.
September
Norwegian retail chain Europris announced that they were shutting their doors in Iceland, much to the dismay of anyone needing two hundred metres of Christmas lights or an assortment of plastic flowers. Prime Minister Jóhanna Sigurðardóttir announced that she would not run for another term in office. The party is still trying to determine who their next chairperson will be.
October 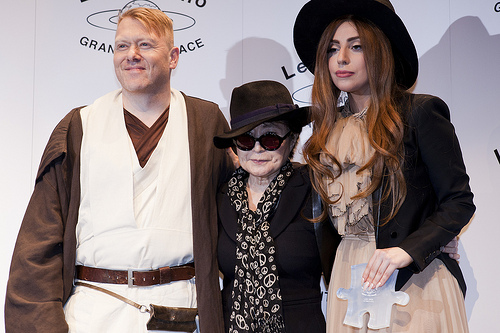 The LENNONONO peace awards were dedicated in Reykjavík, followed by the lighting of the Peace Tower on Viðey. Mayor Jón Gnarr was in attendance, dressed as Obi Wan Kenobi. Amongst the recipients of the awards were Lady Gaga, the late Christopher Hitchens, and Rachel Corrie. Unemployment hit an astonishingly low 5%, but the real story this month was Iceland’s constitutional referendum, which approved the submitting of a constitutional draft to parliament. That was a pretty good international news day for us.
November
Residents of Álftanes and Garðabær voted in a referendum in favour of merging their communities, which will take effect this year. The new town is going to be called “Garðabær”—not “Álftabær” or “Garðanes”—so you know who’s running the show here. It was also revealed that the former director of Iceland Search and Rescue (ICE-SAR) may have been involved in money laundering. Suspicions arose after audio recordings surfaced, wherein Guðmundur Örn Jóhannsson, the director in question, is heard giving explicit instructions on how to roll millions of krónur into phony companies. Guðmundur has since stepped down, and we suspect he’s going to be in a lot of trouble when all is said and done. But no Icelandic news story this month—or perhaps even this year—really took the international media by storm as much as a reported cat party busted by police, wherein Suðurnes law enforcement were duty bound to evict “two to three cats” found “snuggling” on a sofa in an abandoned house. Let that be a lesson to you cats out there.
December 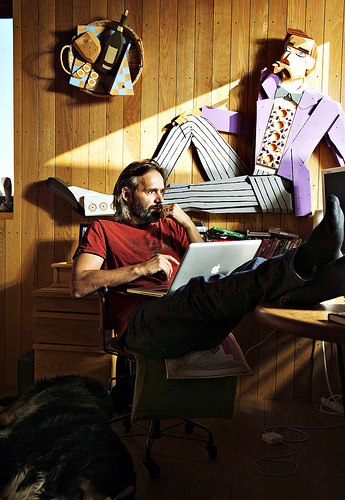 A giant straw Christmas goat, which is erected in front of the Garðabær branch of IKEA every December, was burned down and reduced to smouldering ash and metal frame in a matter of minutes. The suspects still remain at large. Jón Gnarr announced that he would be running for parliament this spring, taking the fifth seat for the party Björt Framtíð in the Reykjavík north district. Baltasar Kormákur’s movie ‘The Deep’ began to rake in the accolades, and was shortlisted for an Academy Award. Ultimately, the month’s big story would be a follow-up on one that appeared near the beginning, as drilling licences were awarded to a company from Scotland and Norway’s national oil company. By this time ten years from now, we’ll all be lighting cigars with 10,000 krónur notes that have Davíð Oddson’s face on them. Just you wait.