STATUES OF THE FUTURE?

We asked a handful of clever people to think about a statue of the future. Specifically, we asked, “which person, place or thing from the twenty-first century do you think should be made a statue in the future? And, why?” Here’s what they said:
SIGRÍÐUR ÞORGEIRSDÓTTIR
Philosophy professor, University of Iceland

I always liked that LOVE-sculpture on 6th Avenue in New York City. It is reminiscent of a pop and hippie culture of love and peace in the sec-ond half of the twentieth century. I could imagine a variation of this theme as a statue for the twenty-first century. This time with the phrase: “LOVE OF THE WORLD.” This is a phrase that the philosopher Hannah Arendt coined (and it also sounds great in Latin, ‘AMOR MUNDI’). With this phrase Arendt reminds us to love the world, which entails caring for our society. Recent ecological and financial crises display a lack of care for the world, lack of global justice, lack of concern for nature and future generations. Greed and short-term time thinking have prevailed. So let’s begin taking seriously the need for LOVING THE WORLD. (By the way, a collection of essays on political philosophy by Arendt was recently published in Icelandic with the title “Af ást til heimsins” or “For Love of the World”).

Standing still is for statues. People, places and things are what you attach yourself to though expressive memories, good or bad. Those who write history are the winners—namely the patriots whose ubiquitous statues and photographs, draped with flags, serve as official icons. The image of the super-hero or Übermensch is something that belongs to the bad past. They are monuments from a period of depressive ego-trips. The statues of the future in my mind should surpass these local threshold guardians and regain a collective consciousness. They will be something closer to Freyja, Thor and Odin—something closer to sacred geometry and a deeper understanding of our journey. The gods should stand still like statues—the human beings must move on. 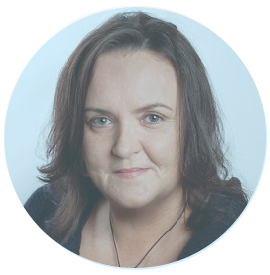 This is a difficult question because I believe that one must keep in mind that when statues are constructed, they should not be thought of first and foremost in terms of the subject, but rather from the artist’s perspective with the location of the statue being part of the artist’s vision. However, if I had to pick a particular concept, then it would be the statue “Óþekkta mótmælandanum” or “The Anonymous Protestor.” In the twenty-first century, Ice-landers learned to protest on an international scale and to demand justice. Those voices should never be silenced. 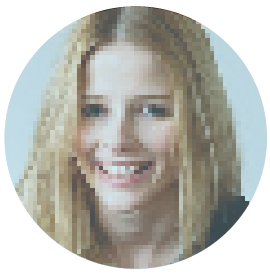 Bubbi Morthens should definitely be made a statue at some point. He is not only a popular musician (and has been for 30 years), but he is also a leader to many different groups in society—the working class, suit-wearing yuppies, fly fishermen, countryside folk—Bubbi fans are everyone.
Vigdís Finnbogadóttir is a given. Is there not already a statue of her? Well…she is the first democratically elected female president in the world. That’s not a small feat.
Ok, I know Jón Páll Sigmarsson is not a twenty-first century man, but I’m including him. He’s Iceland’s most famous strong man. He was a colourful character who died far too young. Well, his statue image would definitely be nice and fit.
Björk is a must. Let’s put her in front of Hallgrímskirkja church. The guy who’s been there has been there long enough. Björk in her swan dress would be far more cool.
I don’t Fjölnir Þorgeirsson will be made a statue, but it’s my personal suggestion, a bronze statue of Fjölnir in the middle of the Reykjavík pond, hold-ing a horse over his head. For real. I’m not joking. That would be NUTS!!!